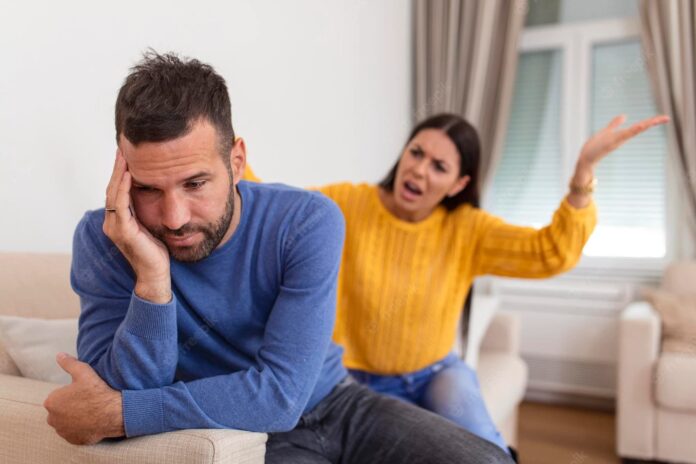 All men must have gone through weird women’s logic at some point in life, and they still never understand why. It is actually funny to discuss women’s logic with friends, but it is not when you are in the situation. When it comes to facing logic, men always question themselves so many times why that happened. Some logic does not even make sense, but women always find an explanation for it anyway. The explanation is always “just because”. Does that sound familiar to you? In case you want something fun to read, let’s go through some women’s logic with us today. Share your thought on which one you hear the most.

1All Men Are The Same

Whenever you did something wrong, you will hear “you are not any different, all men are the same.” It is true that men share common habits and personalities at some point, but not all men are lazy and stupid. Aren’t they? Women tend to always generalize a man with all men in the world base on one thing he did that she hates. If you have a comeback at that, she will get mad even more and say more things that make no sense. The best solution? Just say sorry.

A man cannot have a female best friend whom he can hug and hang out with all the time. In women’s logic, she can have as many male best friends as she wants, and she does whatever she wants with them. That one is kinda bad logic, but some always want to win. Men have to have some kind of talk so that she won’t make out with her male best friends. Yeah, that happened.

“You cannot ignore me when I ignore you.”

Silent treatment is one of the methods that women use when they are angry with a man. The thing is you cannot accept the treatment and do nothing about it. If she ignores you, and you don’t talk to her, she will get mad even more. Tiring as it may sound, a man still always has to talk to the woman first no matter what the situation.

4It Is Always Your Fault

Never, ever, ever agree with a woman when she is putting herself down. You must agree with everything she says, except that part. When a woman puts herself down in front of you, you have to lift her up with compliments. She will not accept it at first, of course, but you have to compliment her a few times more. Never agree when a woman says that she is ugly, fat, or stupid.

“Your money is OUR money, my money is MY money.”

Does that sound familiar to you? Yeah? No? If not, then you are one lucky guy who gets to share the expenses together. Many committed or married couples seem to always share the man’s salary while everything she makes is all hers. Some women say that because they have to spend on more things compare to men like makeup and clothes. That is not fair at some point, but what would be your solution?

7You Should Know What She Wants

“Behind an angry woman is a man who has no idea what he did wrong.”

Sometimes a woman gets mad for no reason, and she said “nothing” every time you ask her why. When she answers that, she expects you to know what made her mad while you have zero clue. So when you don’t know what you did that make her mad, she starts to think that you don’t understand her. You don’t love her and don’t care about her which is why you don’t know why she was mad. This logic normally applies more to girls, women don’t really do that more often.

10 Obvious Reasons You Should Break Up