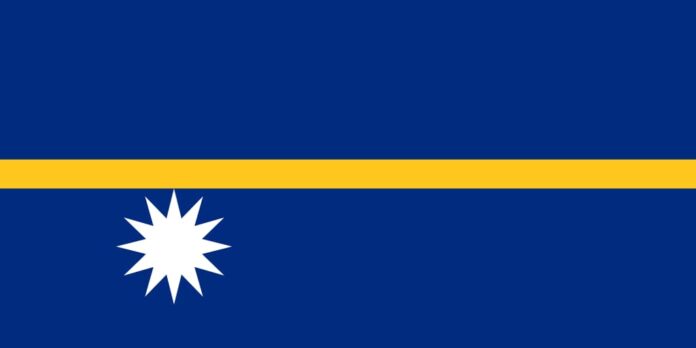 Have you ever wondered why your country has that name? If your country is one among the countries with interesting origins, you probably love it even more. Back then, explorers named the countries that they discovered using a little bit of this and that together. Some probably know how Greenland and Iceland got their names, you can find out here if you don’t. There are 10 countries with interesting origins of their names in the world, so let’s take a look.

The Spaniard Juan Diaz de Solis allegedly murdered his wife in Portugal. To escape the authorities, he fled back to his home country and took part in numerous voyages. Back then, it was the golden era of Spanish exploration which was quite an adventure for the man. On the 8th of October in 1515, he sailed in command of three ships with the hope to find a westward passage to the Pacific.

Then he found an estuary and named it Mar Dule which means the Fresh Sea, then sailed further inland. There, the explorer met a cruel end close to present-day Buenos Aires because the cannibals hacked him and his entourage. The cannibals then ate them as the rest of the ship’s crew watched in utter shock.

His brother-in-law, Francisco de Torres took command of the expedition which again met with unbelievably bad luck in a shipwreck. The natives in this new land were quite friendly though, and they offered glistening ornaments made with fine silver. Observations became legends.

Another explorer Sebastian Cabot found survivors years later, and they told him of the natives’ wealth and a mountain of silver. De Solis’ discovery became known as the silver river aka Rio de la Plata. As centuries passed, explorers sought the fabled treasure to no avail yet the name stuck. Eventually, it became The Land of Silver or Tierra Argentina.

It is a small landlocked nation bordered by Turkey, Iran, and Georgia that has had a long history with monotheistic religions. Armenia is widely considered the first nation to have adopted Christianity as the official state religion in the year 301. Armenia derived from the old Persian language as Armina, and has another name for itself as Hayk. That was after a descendant of Noah was said to have settled in those lands near Mount Ararat.

Another complete interpretation would cite the country as The Land of Noah’s Great-Great-Grandson, Hayk. In legend, Hayk left for a time to assist in building the Tower of Babel. Upon his return, his lands were encroached upon by a Babylonian king whom he killed in battle. Later on, the country’s name changed to Hayastan (Persian suffix -stan means land).

Another legend tale of Armenia is that the name derived from Aram meaning a great-great-grandson of Hayk’s great-great-grandson. Some of the locals considered Aram as the ancestor of all Armenians. It is a very long family tree when we come to think of it, definitely one of the countries with interesting origins.

When the French explorer Jacques Cartier sailed past the St. Lawrence River, his native guides remarked that this was the route to Kanata which was a village. No native tribes called themselves the Kanata; however. It was simply what they called assorted village as they migrated across the vast and snowy wilderness. As for Cartier, he probably misheard the term and called the land Canada instead.

Another tale that was less popular, and involves the Spaniards like in many tales. The story tells of how the explorers were looking for fabled riches in the Americas. When they found one, they called the place “aca nada” or “ca nada” which means nothing here. When the French arrived years later, natives shouted “aca nada” to tell them there was nothing important for the colonizers. The French thought it was the name of the country, and ended up calling it Canada.

If you combine the two stories together, it perhaps illustrates what modern day Canada is like. The country is like villages of towns and cities, and a whole bunch of un-populated wilderness in between. That is actually very cool, and that is why it is among the countries with interesting origins of its name.

Among the well-known countries on our planet earth, China is one of them. The word “China” derived from the Qin Dynasty (pronounce as chin) which was established by Qin Shi Huangdi, the First Emperor. Likewise, another name which is Cathay came from the famous traveler Marco Polo who referred to northern China. Readers may know about the airline Cathay Pacific along with its Marco Polo Club, and they relate to one another.

Another name for China is Zhongguo, from the words Zhong (center) and Guo (country). Literally, it could be interpreted as the central country while the more apt translation would be The Middle Kingdom. For centuries, the people of China believed the land was at the very core of creation under heaven. The further you travel away from this center, the more barbarous and inhospitable the lands become.

In a sense, they were correct. Outside their borders and their famed Great Wall lay the various stepped tribes known as the Xiongnu and Shan Yue raiders. There are also countless hordes of the Mongols and Oirats. “Zhongguo” was also used as the shortened version of The People’s Republic of China. The name is meaningful at some point, what do you think?

A dispute arose after the fall of communism in Eastern Europe after 30 years. Local politicians set to work on what the new democracy should be called. The first idea was to drop the word Socialist so the new nation would become the Czechoslovak Republic. However, Slovak politicians did not like the idea, feeling it diminished their importance. So they wanted a hyphen added as it would symbolize a connection.

The new proposal called the country the Czecho-Slovak Republic, but it did not sit well with the Czechs because they hated it. The citizens returned to the drawing board, with the Czechs and Slovaks each using their own name. In Czech, the country was the Czeskoslovenska Federativni Republika without a hyphen. In Slovak, it was Czesko-Slovenska Federativna Republica with a hyphen. A month later, it was changed to the Czech and Slovak Federative Republic which was still not satisfactory.

This Hyphen War was going on and on until the 1st of January in 1993 when there was a settlement. Facing conflicts on how to run the country, politicians just gave up and decided on a whole agreement. The agreement was that it would be in everyone’s best interest for the two nations to split up. Everyone was finally happy, and this peaceful split known as the Velvet Divorce which created the Czech Republic and Slovakia.

Iceland was initially a bare land, the first occupant migrated there in the 9th century led by a Norseman from Norway. The man’s name was Naddador, and he named the place snow land due to the plenty of snow occupying the island. The second recorded immigrant was a swede, Garoar Svavarsson, who was followed by a Viking called Floki Vilgeroarson. People believed that Floki gave the island the name Iceland for the icebergs that surrounded the place because it was winter.

Another myth was that the Vikings gave it the name to discourage other people from coming to the place. Despite the name Iceland, temperatures there were as high as 30.5 degree Celsius in June 1939. There are different climatic conditions with the south coast being warmer and wetter than the north. Plus, the place was full of green grass with zero ice.

A Norwegian named Erik the Red was the first person to give the place the name Greenland. He was running away from charges of manslaughter and carried with him the members of his family. He started exploring an icy region known to exist in the northwest. On reaching there, the man looked for a favorable name that would attract the others to settle in it. He then named the island Greenland, and successive settlers continued calling the island Greenland since then. The immigrants back then included the Icelandic and Norwegians. Despite the name Greenland, temperatures there can go as low as minus 17 degree Celsius in winter. Strange, indeed. No doubt why it is one of the countries with interesting origins, do you agree with that?

A long time ago, the Roman prince Dragos had been hunting a wild bison for many days. His companions including several hunting dogs chased the animal until they became completely exhausted. Disappointed that his quarry would escape, Dragos’ spirits were uplifted when his favorite dog Molda continued on with the hunt. Molda kept tracking the bison’s scent until they cornered the wild animals near the banks of the river.

A vicious fight started, and the bison was dead when it was over, but so was Molda. Dragos was so saddened by the loss of his faithful companion that he named the surrounding lands after her. Some sources mentioned only the bison and the story of the hunt, and others add the prince’s dog as part of the tale. Still, the legend of the hunt became symbolic for the country; even its flag contains the image of the bison.

On 8th of November in 1798, a British captain by the name of John Fearn was sailing to China via New Zealand. He landed on a remote island in the Pacific, and the natives made quite an impression on him. Fearn wrote that “their behavior was very courteous, and they strongly invited us to anchor on their island.” So it was that the captain named this place as Pleasant Island.

However, Nauru which is the smallest republic in the world, also had an entirely different name derived from Anaoero. In the native Nauruan dialect which is quite significantly different from Oceanic languages, the term means an action. Naru was indeed a travel destination famous for beautiful beaches, and that clearly explains the name.

Pakistan in Urdu means Land of the Pure (Pak means Pure and -stan means Land). Modern Pakistan was formed on the 14th of August in 1947, following the partitioning of India. However, the first use of the word Pakistan comes a decade earlier from Choudhy Ramat Ali who was a Muslim nationalist. Ali published his Now or Never pamphlet on 28th January, 1933 as an appeal to the British government. The pamphlet said of how 30 million Muslims wished for independence, the citizens were from Punjab, Afghan Province, Kashmir, Sind, and Baluchistan. When you combine the regions together, you will get PAKISTAN as the acronym.