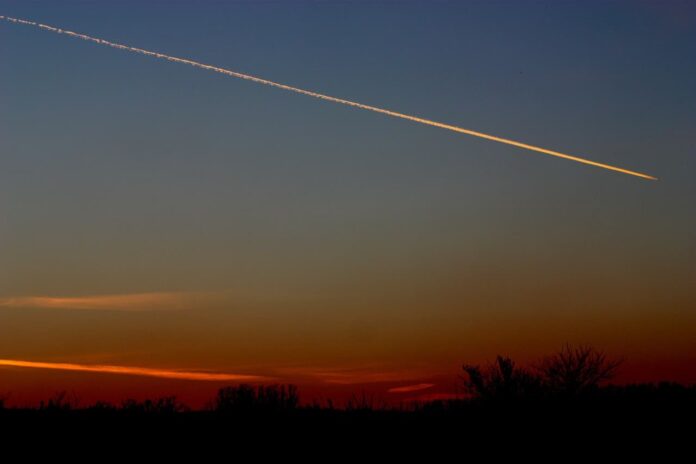 Currently, there are 5 countries that people recognized as nuclear weapon states with the right to peacefully use nuclear technology. There are more countries that have not signed the NPT to become nuclear weapon states yet although they possessed ones. So we are here to discuss 10 countries with the most nuclear missiles in the world. World War III is going to be so bad, what do you think?

When it comes to war, Iran is one of the countries that has a long history which many of us know. Iran is also one of the members of countries that possess nuclear missiles as well. The US Intelligence Agency has already predicted that Iran could be possessing key ingredients to nuclear weapons. No one knows the strength and the exact number of nuclear weapons and missiles that Iran has. However, this country has been producing a strong missile that gives itself the capability of launching communications and surveillance satellites.

North Korea has a reputation for starving its own people so that it could spend money on the military. That is absolutely true. This country has been working on its military base as well as weapons for years, and nuclear missiles in also there. North Korea was previously a signatory of NPT but withdrew later in 2003. By 2009, North Korea declared that it has developed a nuclear weapon and it conducted its first nuclear test in 2006. Then, the country confirmed that they have nuclear weapons in 2007.

A country with aggressive and unfriendly neighborhoods like Israel definitely needs the weapons to defend itself. So that they won’t have to worry if there are any countries that want to attack their soil. Some know that Israel surely possesses huge amounts of nuclear missiles and weapons, but the exact number is 80. Yes, Israel has 80 warheads in its nuclear arsenal and the number keeps on going; probably up to 400 or more. This country possesses a wide array of nuclear weapons ranging from Intercontinental Ballistic Missiles to submarine launched cruise missiles.

India is one of the non-signatory of the Nuclear Non-Proliferation Treaty (NPT), and this country also has a lot of nuclear weapons. India started its nuclear research program in 1967, and made its first surprise nuclear test in 1974. This country hasn’t officially declared or made any comments regarding the size of the nuclear arsenal it possesses yet.

The country has a strict no-first-use policy in place, and would use the weapons only for retaliation purposes. Not to mention India has already developed a wide range of indigenous missiles such as the Agni and Prithvi series. Plus with 130-140 nuclear missiles, this country is one place to not mess with, indeed.

Here we have another non-NPT signatory, and this country is in the race with India to possess more nuclear missiles and warheads. Pakistan’s nuclear program was led by Prime Minister Zulfiqar Ali Bhutto in 1972. The program was the response to the developments in nuclear research and weapons from its neighbor India.

Bhutto fast tracked the nuclear research program after India’s surprise nuclear test with the code name the Smiling Buddha in 1974. Then in 1998 after India’s second successful nuclear test, Pakistan detonated 5 nuclear devices in Ras Koh Hills in the Chagai district. The code name of the operation was Chagai-I, and Pakistan has about 140-150 nuclear missiles in total today.

Back in the 1970s, the British government had a stockpile of 520 nuclear warheads. Today, half of those are put to rest and they possess 215 nuclear missiles or even more by 2018. The UK is the third country to test a nuclear bomb in 1952, and it is also a member of NPT states. The UK has kept the size of its nuclear arsenal of top secret, and officially they have 150 active warheads. Historically, the UK has conducted about 45 nuclear tests; many of which were successful. Today, the UK is considered a powerful country in terms of its nuclear capabilities and the number of possessed warheads.

China appears almost everywhere in terms of economic and defense strengths as an emerging superpower. This country has also emerged as a great power in the nuclear arms race. China is one of the oldest nations in the world to possess weapons of mass destruction. The country has its first nuclear test in 1954, and the number of actual warheads in China is a state secret.

There are reports that suggest that China could have as many as 3000 warheads, or there could be more. Officially, China has 260 warheads and none of them have been deployed. More than that, China has a strict policy of no-first-use which means they would attack only if someone attack them first. With a nuclear weapon, of course. There are also reports that suggest China would double its nuclear power to beat the USA by 2020, perhaps that’s true.

Lately in the last several years, France is a country with constant attacks at the hands of terrorists. Also, this country needs more protection than other European counterparts due to the continuous attacks. France has 290 deployed warheads and 10 other warheads that allow the country to conduct a triad strike. A Triad strike is a strike with a nuclear weapon from air, sea, or land. France is also known to have deactivated all its land-based nuclear missiles, quiet but powerful. Plus, France conducted its last nuclear test before joining the Comprehensive Nuclear-Test-Ban Treaty (CTBT) in 1996. As for total nuclear missiles, this country has 300 of them or even more.

The country with the highest number of deployed warheads as well as the most powerful country in the world is the United States. The USA has 2080 deployed warheads within the country as well as in other continents and countries throughout the world. There are 5180 other warheads which are either tactical nuclear warheads or non-deployed strategic warheads. On top of that, the USA also has more ICBMs and SLBMs than Russia with a count of 785 missiles. In case you wonder, the United States has 6450 nuclear missiles which is why the country is powerful.

Russia had 45000 nuclear warheads at one point of time due to the nuclear race and to balance the competition from the west. Nowadays, Russia has dismantled and cut short the number of nuclear missiles to around 7500. Out of this, there are 1780 active warheads while the rest are other warheads that are either in reserve or in the dismantling stage.

Russia also has the reputation of having 515 Intercontinental Ballistic Missiles (ICBMs), strategic bombers, and submarine-launched ballistic missiles (SLBMs). There are also thousands of non-deployed strategic warheads in Russia, definitely the one country to not joke with. There is not a single doubt why Russia is the country that people fear.