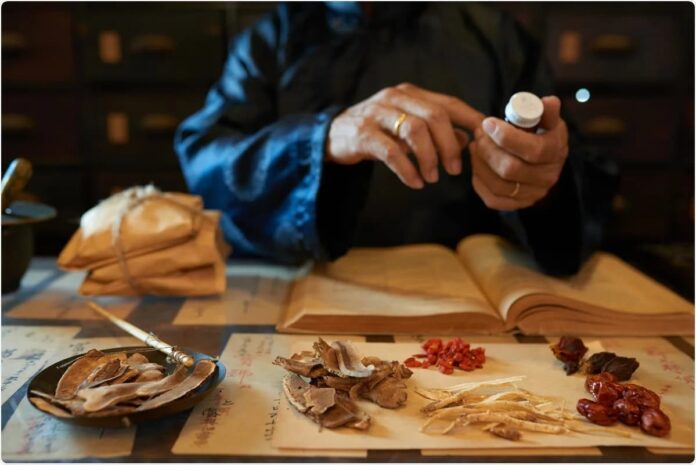 In case you are indecisive about the major you want to choose for college, you can major in bra studies in China. A Hong Kong polytechnic is now offering a degree in bras studies, and that is somehow very interesting. One of the reasons is because Chinese are serious about making the right bra in the right size. Top Form is China’s top bra manufacturer, and it has a bra lab at its factory. The cool part is Top Form produces millions of high-quality bras for well-known labels such as Victoria’s Secret, Maidenform, and Playtex. The Chinese bra manufacturing industry is doing research to produce a better bra where they have tried oil padding and air padding. Interested yet?

No matter how big and rich the country is, there are always poor people who live under the poverty line. There are more than 30 million people use caves as dwelling places because of poverty. The part with the most cave dwellers is in Northern China, where parts of mountains are dug to make comfortable caves. Despite the fact that the people are not able to spend money on apartments, they are able to design their caves. Some caves are compact, while others are as comfortable as posh villas. Caving with style, only Chinese people do that.

We all know that the Chinese has a great reputation for using chopsticks, but do you know how many they use? In a year, more than 45 billion chopsticks are produced and disposed of in China. This adds up to felling nearly 25 million fully grown trees in China while only 25% of its land is covered with forest. It is like trees in this country grow just to be the source of making chopsticks for the people. Still, those chopsticks are not enough which is why American chopstick manufacturers are exporting chopsticks to China now.

There are many different types of sports, but cricket fighting is a blood sport in China. Tang Dynasty developed cricket fighting in China since more than 1,000 years ago. Cricket fighting is still popular in China where certain male crickets are used as fighters. These crickets are carefully bred and nourished with pedigrees to make them strong for the competition. Before the fight night, people dropped female crickets to cheer up the male fighters. China holds a two-day tournament in Beijing every year as the National Cricket Fighting Championships.

Speaking of crimes and punishments, China has very strict laws where capital punishments are common. The country executed more than 2,400 people in 2004, but the total number of prisoners that China executed still remains a secret. There is no discrimination in terms of execution in China, even top billionaires can also be on the list. Traditionally, firing guards is the method of execution; lethal injection is also one of the common methods.

Many people have heard and complained about this insane festival, and dog lovers loathe the celebration to its guts. In 2013, the famous Yulin Festival for eating dogs witnessed the killing of more than 10,000 dogs every year. Ever since the protest from online campaigns and animal activists, this number has dropped but not completely. There are slaughtered dogs and even cats put up in stalls waiting for people who visit the festival to buy. The cruel event began in 2009 to bring more tourism and to honor the summer solstice. The worst part is that even the pets are not an exception in the event, what do you think?

The rapid industrialization in China has led its government and investors to “pre-build” empty cities and malls for the future. There are cities and malls with zero occupants, and the number keeps on increasing. More than that, the world’s largest mall built in 2005 remains almost empty waiting for the country to grow. A perfect example of one of the most under-populated cities in China is Hallstatt in Guangdong province. There are more than 60 million vacant homes in these vacant cities, let’s see what will those cities become in the future.

Do you know what is cool in China? Love Hunting. The event is for the billionaires’ bachelors who want to find their perfect spouse in which huge amounts of money are invested. Matchmaking in China has grown into a big money game to the so-called Love Hunters, and it is kind of fun actually. You will see hundreds of girls lining up, sometimes in bikinis to get their rich guy. That is one of the most interesting things about China that not many people know.

The thing is that the girls also come with expectations, like the man should have at least a flat and a car. On the other hand, our rich bachelors are not only looking for hot and beautiful girls but more than that. Each bachelor has different preferences for their lover, and that is why they are not afraid to spend their money. If you have a lot of money and are still single, perhaps China will be where you meet your true love.

Have you ever wondered where your cute socks of every color are from? The district of Datang in Zhuji aka Sock City is the place that produces 1 in every 3 socks in the world. There are more than 8 billion socks produced in the city each year, and the demand keeps on increasing. Sock City is an industrial development zone because it effectively produces two pairs of socks for every person on the planet in 2011. And the place is still in their busy progress till today.

Yes, it is legal. Even the government of China recommends its people use human nails, urine, body fluids, and other human wastes for disease treatment. Traditionally, Chinese have been using human body wasters like urine and excreta as medicines along with a list of 35 drugs. Those drugs were created from body waste, and the practice is still followed today.

A modern usage of human waste includes the usage of dried human placenta to treat certain disorders. On top of that, even human pubic is not an exception because people used them to cure diseases as well. The ancient Chinese used bones, flesh, and human organs as medicines with the belief of strong effectiveness in treatment. What do you think?

Related Post: Things That Are Banned In North Korea