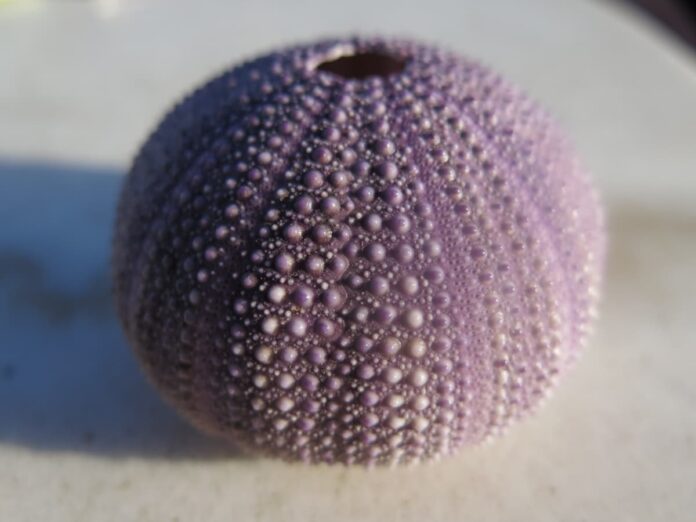 When it comes to animals without brains, we might wonder how they function and live. Brainless animals have clusters and localized nerve nets called Ganglia instead, and that helps them to survive. However, some other animals are without both brains and ganglia yet they survive just like every other animal. Most animals without brains live under the sea, and some of them appear more like plants to us. The Earth has always been a weird place of weird creatures and animals, and the animals without brains below are the perfect examples of that.

That includes clams and oysters, and yes they don’t have brains as we may have been aware. These creatures have centralized neutral structures but they are not brains, more like ganglia or masses of neurons. Those neurons perform a specific function in every of their movement, sensitivity, defense, and more. However, these animals don’t have a central nervous system which means they don’t feel pain like us at all.

This floating plastic bag clearly does not possess a brain as well as many other internal organs. These creatures have very simple bodies since they don’t have bones, a heart, or a brain at all. Instead of a brain, jellyfish have a neural net which is a system of nerve cells that are interwoven all over their body.

To see light, detect smells, and orient themselves, jellyfish has rudimentary sensory nerves at the base of their tentacles. And we thought brainless animals couldn’t live much longer, wrong. Jellyfish are biologically immortal while some of their species can live up to thousands of years. This bag of water without a brain is also very dangerous sometimes and they even killed people, so be careful.

When a traveling colony of polyps sticks together, they become the Portuguese Man-Of-War. Each creature in the colony is responsible for different tasks in order to survive such as eating, defending, reproducing, etc. This marine animal drifts on the ocean surface by wind and water while preying mostly on fish. For your information, these creatures have long tentacles that deliver a painful sting that is venomous enough to harm humans. So remember not to get closer to weird-looking creatures while swimming or when you are at the sea.

Looks just like plants, sea anemones are actually a group of marine and predatory animals in the sea. They are also one of the animals without brains, and they are also lacking the central nervous system. At least sea anemone has a neutral net of sorts that keeps them on the lookout for food. Speaking of food, these brainless creatures feed on crabs, dislodged mollusks, and even small fish, all of which are bigger than them. No brain and much of organs, but big ambitious indeed.

Funny name for a creature without a brain, right? Sea cucumbers have five rows of paired tentacles on the surface of their body for locomotion and feeding. Despite the fact that they don’t have brains, they still can function due to their ring and several nerves. Not to mention they have some ingenious defense mechanisms that allow them to protect themselves as well.

When under attack, sea cucumbers can startle and gross out their attacker by suddenly disgorging their guts and internal organs. Yup, that happened. What’s more, they can also opt to eject long sticky tubes from their anus to ensnare and disable the predator – permanently. Just so you know, sea cucumbers have venom that is toxic to humans if come into contact with the eyes.

Fluffy and seems lifeless, sea lilies are actually animals that are rooted to the ocean floor with some good survival skills. Indeed, these creatures have no brains or eyes but they are gifted with the well-developed nervous systems. That system allows them to sense movement, light, food, and danger as they travel across the big ocean. Sea lilies can attach themselves to a rock like a plant or swim freely in the sea, pretty good right?

As for feeding, they use their feathery arms to gather food and anything they could eat to live. When in danger, a sea lily can crawl away at a rate of several centimeters per second. While other times, they use their lizard’s tail strategy by leaving their stalks behind to distract the predator. Fast and smart, sea lilies seem clever for someone without a brain.

Imagine the sponge that you use for washing your dishes, this creature is not too different from that. The body of a sea sponge is full of pores and channels that allow water to circulate through them. They live on the ocean floor, and they attach themselves permanently to a solid location without moving around. In case you wonder, sea sponges feed by filtering plankton and organic particles from the ocean currents through their pores.

Just like everyone on the list, sea sponges are also members of animals without brains. These creatures have neither brain nor nerve cells, and they don’t have any digestive, nervous, or circulatory systems. What they have is a bunch of unassigned cells that go around their body turning into whatever cell is needed. Pretty flexible for a brainless creature, eh? The cute thing though, they can sneeze in order to get rid of an irritant that irritates them.

This sea animal is very weird when it comes to brains, and here is why. A newborn sea squirt gets to have a brain to help it locomote through the water before it grows up. A baby squirt looks like a tadpole with a tiny brain and one eye. As it grows up, it literally eats its own brain and eye and goes to its business in the sea.

Sea Urchin aka Sea Hedgehog is a small, spiny, and brainless animal that creeps around the ocean floor looking for food. With no true brain, sea urchins have a neural center which is a large nerve ring with 5 nerves. Those nerves radiate underneath the radial canals of the water vascular system that make the urchins sensitive to touch, light, and chemicals.

The little spiny creature actually has a very complicated mouth system along with teeth that can grasp, scrape, pull, and tear. They feed on plants, animal matter like kelp, decaying matter, dead fish, sponges, mussels, and barnacles. As for their predators, those involve crabs, sunflower stars, snails, sea otters, birds, and us humans.

A starfish is a marine creature that normally inhabits deep ocean floors but we can see them onshore sometimes. Starfish are among the animals without brains, and they also don’t have ganglia as well. Starfish also have a complex nervous system with a nerve ring around the mouth and a radial nerve.

That radial nerve runs along the ambulacral region of each arm parallel to the radial canal. That leads to their ability to some sense touch, sight, and smell via their arms. When one of the arms smells something good to eat, it cuts off power to the other arms and starts moving. Yes, it can pull itself and move forward to its next lunch right away.

Related Post: Immortal Animals That Can Live For Centuries