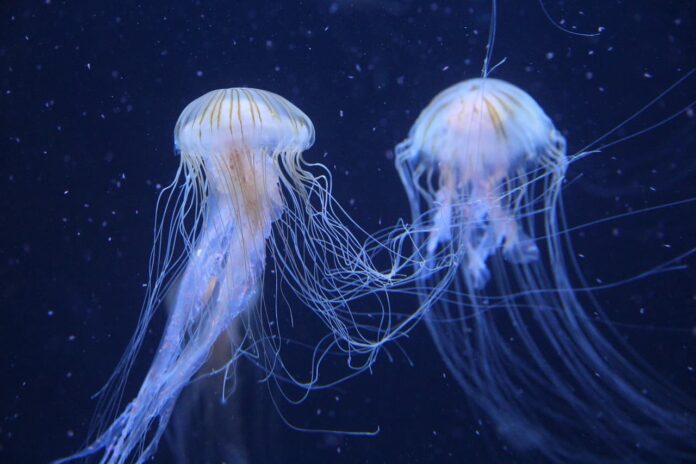 Animals that can shed their skin don’t die easily, and lobsters are one of them. The fascinating thing is that lobsters don’t age or get weaker, but stronger and bigger. You never know if you end up eating the meat of a creature that was born during the world war. There was this one lobster was captured off the coast of Newfoundland which was estimated to be 140 years old.

For lobsters, they don’t lose function or get slower as their age keeps on adding up at all; they actually become more powerful. Their claws start to get bigger, and their size also increases as well. When they grow so big their shells can no longer contain them, lobsters simply shed it and grow a new one.

Being so large and strong, bowhead whales are also very long-living as well since they can outlive us, our children, and our children’s children. Normally, whales get to live up to 60 to 70 years old, but there was this one who could live up to 211 years old.

Back in 2007, some hunters shot a bowhead whale dead and then found unbelievable things inside when cleaning it up. In its blubber, the hunters found the head of an explosive weapon; from around 1890. As you can tell, the thing had been swimming in the ocean with a bomb lance in its shoulder for more than 100 years.

This is a gigantic and ancient creature that can survive for a couple of centuries. Greenland Sharks are one longevity-gifted animals that can live for over 200 years old without a problem. This type of shark is huge, and they feed on many different living organisms like whales, sharks, seals, polar bears, horses, and more. Being the longest-living vertebrate animal, Greenland Sharks can live between 272 to 512 years; and they might be out there swimming as you are reading this right now.

Clams are one of the animals that get bigger as they get older, and somehow, become more dangerous as well. Speaking of dangerous, there was a diver in the Philippine Islands who was trapped by a monster. That happened when he tried to reach for an oversized 14-pound pearl without knowing that the monster would not allow it that easily. That thing did not simply let him go, and that was why he drowned and died.

Each clam can manage to live up to half a millennium, ridiculous but true; according to the scientists. There have been clams who were found and had been estimated to live around 450 years old. Just like mentioned above, clams can get so big and dangerous; don’t risk your life under the water for those huge pearls.

These are the animals that we all know that we need hundred years of commitment to have as a pet. Turtles are slow, and maybe that is one of the reasons that make them live for centuries. Some research has even shown that their organs don’t break down despite the fact that they get older and older.

Another interesting thing about turtles is that their heart does not always beat in response to nerve impulses. Not to mention that sometimes their hearts don’t need to beat at all, and they can just turn their bloody heart off if they don’t need it.

On top of that, turtles can breed and lay eggs as long as they live; these animals are definitely active in intercourse life. Yup, they can mate forever. And of course, turtles die all the time; but never because of old age. The causes are usually because of disease, falling boulders, and the sacrifice to be on our plates.

You can cut this worm in half just to see them come crawling back in double to you. Flatworms aka Planarian Worms are well known for their ability to regenerate themselves. Such ability allows them to fix themselves when they age or when there are damaged tissues as well. So even if you cut them into 20 tiny pieces, they can always come back to life in a more numbers. The head and the tail will grow back, just like the exact copy of the first worm you cut. Basically, they don’t die; and they will only come back more.

How does cheat death sound to you? This tiny jellyfish got its name from its ability to reverse its aging process. Basically, if the jellyfish is injured or sick, it returns to its polyp stage over a three-day period. That way, it will be able to transform its cells into a younger state that makes it grow into adulthood all over again.

Such process is possible because when jellyfish are formed into a larva, it does not simply grow into adult jellyfish. Instead, it usually plonks down on a hard surface and turns into a soft-bodied branching structure called a polyp. However, that does not happen without exceptional cases.

Once a jellyfish grows into a sexually mature adult, they simply lose the ability to turn back the clock. Strangely enough, some immortal jellyfish disobeys the rules of nature and revert anyway even when they are a mature adult. It is like a butterfly that reverts back into a caterpillar.

Water Bears are tiny animals that can only be seen through a microscope; and they are literally immortal. This type of organism can survive in extreme temperatures and any harsh conditions that our earth has. It is also the toughest animal that can survive even without food. Not to mention it can withstand high levels of radiation, and water bear can definitely take over the world if they want to.

On top of that, water bears are also the first animal to survive in space as well, but still, they can’t survive a trip through our digestive system. Looks like we are still the tough ones compared to such immortal animals.