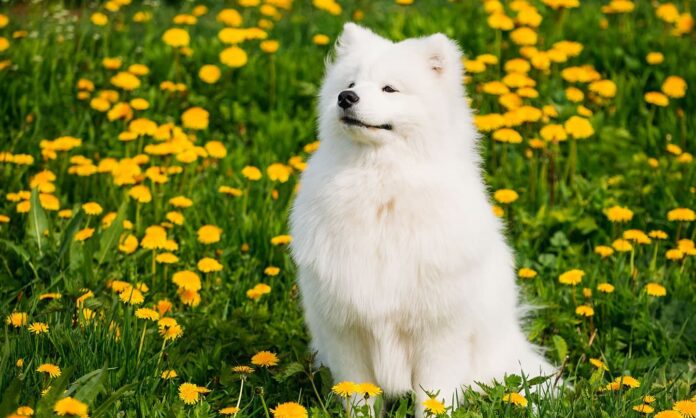 The cuteness of dogs makes them the most wanted pet among people, and that cuteness comes with a price. Speaking of price, we will look into some of the most expensive dogs in the world today. Such a high price is due to the rarity of the breed as well as the appearance and more. You might be interested in some adorable dog breeds you have seen on the Internet, but you might not know the price. Not all expensive dogs are on our list today, but the most popular ones are here for you. Check out our list below and see how much it costs to own these cuties.

I usually call Komondor “The Mop”, and this breed is incredible in its own way. The Komondor has a long and noble heritage as a flock-guarding back where they come from, Hungary. The admirable thing about The Mop is they all retain a strong protective instinct that makes them absolutely loyal to the family. And the family’s property. Such a big dog with a big heart and personality, the Komondor is intelligent, independent, and highly protective. Well, they might attack someone that they perceive as a threat, but they just handle their responsibilities. This dog that looks like a mop has an average price between $800 and $1200.

Fluffyyyyyyyyyyyyy is the best term for this cute creature that is perfect for cuddling. Originating from China, Chow Chow is known as Songshi Quan which means Puffy Lion Dog. Take a look at the picture, and that explains everything. If you are afraid that strangers might lure your pet away, Chow Chow is the best one. They are not friendly with strangers yet super loyal and adorable with the family. The price of Chow Chow rank from $750 to $1250 depending on their weight and size.

Husky is a very cute dog breed, and Siberian Husky is just as adorable as its family. Siberian Huskies are gifted with a thick coat of soft fur along with a multitude of colors and markings. The best part is their eye colors, something that no one can resist. Also, they are intelligent and independent, just perfect to have for busy owners. They don’t need too much attention, and they are very easy to train. The thing is that Siberian Huskies come in different other breeds, and the price is around $500 to $1,500.

By the name you can tell that Irish Wolfhound is no ordinary dog that embraces cuteness. And that was in the past. Before, Irish Wolfhound was used in war to drag men off horses and chariots since they are fast. Irish Wolfhound also hunted large game like deer, boar, and wolves as well. Wolfhound, remember? Today, Irish Wolfhounds are the perfect family companion that delivers obedience, tracking, and lure coursing to owners. They can grow up to 2 feet, and taller when standing which is why they are the tallest of all dog breeds.

They also smile, and when they do, they show this sweet and gentle expression that you will love. Irish Wolfhound gets along with everyone, even cats! Price? Well, it costs about $1500 to $2000 to own an Irish Wolfhound. Definitely worth it.

Bichon Frise (pronounced Bee-Shawn Free), is one super adorable small dog breed that captures a lot of dog lovers’ hearts. The dog is super cute, and its affectionate with people around is just beyond friendly. It is even friendly with strangers, and that makes your friends love your dog too. Bichon Frise is easy to train, and the price of this breed is between $600 to $2500.

The name already tells you that this dog breed is from the wonderful land of Japan. Akita was originally used for guarding royalty and nobility in feudal Japan due to their large and powerful presence. Another awesome thing about the dog is they also tracked and hunted wild boar, black bear, and deer sometimes. Akita makes the perfect guardian of the family since most of them are fearless and loyal. You will not see an Akita back down and run away ever. But at the same time, Akita is an affectionate, respectful, and funny dog to hang around with. The price of Akita is between $750 and $2000.

A tiny dog with a personality the size of New York has stolen a lot of dog lovers’ hearts. Pom, comes from the province of Pomerania in German, is a cute, feisty, and furry dog breed. Their minds are just as large as their personality since they sometimes attack larger dogs as well. The Pomeranians are intelligent and loyal, and they get along really well with everyone around. Pom enjoys going for a walk, and they are super fun to play with. Pomeranian needs a lot of protection and caring due to their small size, and their price is typically between $800 and $2000.

Biewer Terrie is a type of dog breed that has long hair hanging evenly and straight down the body. Originating in Germany, Biewer Terriers were the signature dogs back in the 80s due to their elegant and lovely appearance. Owners usually groom this type of dog with a bow tie on the bangs of the dog. The smooth and shiny hair on their whole body is everything that everyone loves about. Not to mention their friendliness and cuteness, this breed is worth the price. The cost of Biewer Terriers is between $700 to $2500.

There is a lot of quality that King Charles Spaniel possesses to melt your heart. This type of breed is famous for its adorable tail wagging that no dogs can do like. Apart from that, they have these large and dark round eyes that capture everyone’s heart in a blink. The perfect part about this breed is that they are intelligent and always willing to try whatever tricks when it comes to training. One thing to notice is that KCS has a soft personality that demands caring and sweet words. So yelling at them will make them upset which results in hiding and a sad face. Generally, the price of King Charles Spaniel runs from $1800 to $3500.

Was once a sheep and cattle guard, Bearded Collie has become an incredible companion for families. They are energetic dogs that are flawless when it comes to obedience, rally, agility, and other dog sports. Enthusiastic is the perfect term to describe this awesome dog breed. The name makes a perfect match with their look due to the hair that hangs down from the chin. Since they are so intelligent and active, they also need smart and energetic people as owners as well. For the price, the average Beardie pup costs anywhere between $1500 and $2500 depending on where you are geographically.

The one and only dog that is surprisingly heavy for his size is the British Bulldog or English Bulldog. Their ancestors, the Fighting Mastiffs tend to be more active. A lot more. Well, Bulldogs love kids. They eventually play with the children for a while, but you shouldn’t expect to see a Bulldog running with the kids for hours. British Bulldogs love sleeping, and they prefer doing it till it’s time to eat. They don’t smile much, but they are one cuddle companion that you can always count on. A fair price of an English Bulldog is around $1500 to $4000.

Affenpinscher, aka Monkey Dog (German: affen means monkey, and pinscher means dog) is a small but energetic little dog that is full of love. This breed is popular among ladies due to its cuteness, size, and appearance as an awesome and noble companion. Affenpinschers learn fast, and they can always adjust to the changes they face. The average price of them is between $600 and $4000.

Thai Ridgeback is an ancient landrace of a dog that has a ridge of hair running along its back. Looks so powerful and fierce, this muscular dog describes everything about strength and bravery. The interesting is that such a dog breed tends to be very smart and independent. If you have great canine leadership qualities like firmness and consistency along with a sense of humor, Thai Ridgeback is the best companion. They love long walks, and they require a lot of training. The price of Thai Ridgeback can be as low as $800, and as high as $4000.

Tibetan Mastiffs are super loving, gentle, patient, and understanding. Plus that noble appearance, they make absolutely close companions and show dogs with families. This type of breed is hardworking, protective, fearless, and loyal. The large size of Tibetan Mastiff makes them a wonderful guard dog as well, and that is what they have been doing for centuries. However, they have a mind of their own which makes them stubborn and don’t always obey your orders. Back in 2011, a red Mastiff named Big Splash was sold for $1.5 million! But generally, Tibetan Mastiff costs about $2000 to $8000.

I am drowning in the cuteness of this Samoyed cutie. Originally bred to hunt, haul sleds, and herd reindeer, the Samoyed dog breed is a great companion for Siberia’s Samoyede people. The Samoyed has amazing duties including pack hiking, tracking, and especially warming their owners by sleeping on top of them at night. How cute is that! This type of dog is super friendly, and their tolerance for cold weather is on fleek. Known as Sammy Smile, this breed costs in a range between $600 and $1500. While a Samoyed puppy can cost up to $8000!

Related Post: Large Dog Breeds To Have As Pets