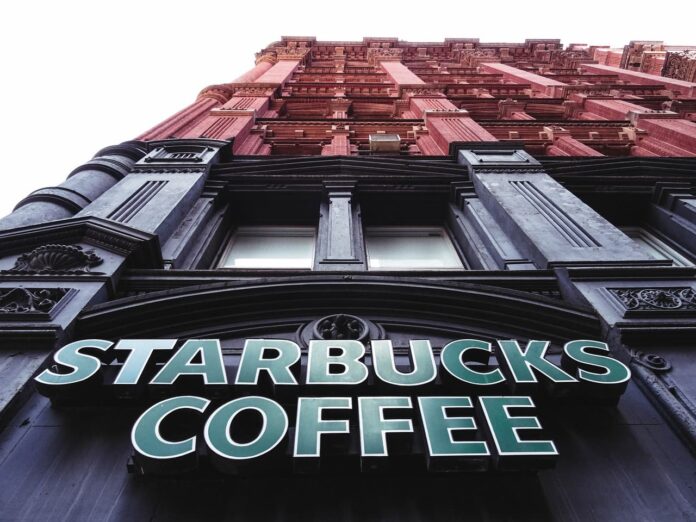 From food to clothing, famous brands exist almost everywhere in the world. The thing is that no matter where you go, you can always find your favorite fast food restaurants, coffee shop, or sportswear easily. It might be interesting to see which brands have made their way across the globe. In case you want to know about famous brands that have expanded their names in the world, we have 10 for you. Let’s see if you find your most favorite famous brands in our list below.

Nestle is a Swiss transnational food and drink company that has its headquarters in Vevey, Vaud, Switzerland. Nestle is the largest company food in the world, and it ranked number 64 on the Fortune Global 500 back in 2017. This company produces baby food, medical food, bottled water, breakfast cereals, coffee and tea, dairy products, and many more. If you know that you are a Kit Kat lover, then you might want to thank Nestle. And there is no doubt we always see products from Nestle in the food section every time we go to the mart or supermarket.

Everybody knows Coca-Cola, and this soft drink company started in the late 19th century patented as patent medicine. The name comes from its original ingredients: coca leaves and kola nuts. The fascinating fact about the company is that very few people know the real formula of this world-famous soft drink. Today, there are over 900 plants in more than 100 countries that produce billions of the beverages every day.

So Pepsi is a carbonated soft drink that is manufactured by PepsiCo.; which was known at first as Pepsi-Cola. The company then change its name to just Pepsi in 1961. Pepsi has always been a success since the very beginning, and it has been selling its products in more than 100 countries worldwide. But no matter how successful it had been, there was a bankruptcy in 1931 which was the result of World War I.

Caleb Bradham, the founder of the company later sold it to Roy C. Megargel. He was also not successful, and Charles Guth who was the President of Loft, Inc bought the company. Guth later had chemists of his company reformulated the Pepsi-Cola syrup formula. The interesting thing is that Coca-Cola Company was offered the opportunity to purchase Pepsi-Cola company 3 times. They declined every offer.

Ford, aka Ford Motor Company, is an American multinational automaker with headquarters in Dearborn, Michigan. This company was founded by Henry Ford, and it sells automobiles and commercial vehicles. Ford went public in 1956, but was close to bankruptcy at the beginning of the 21st century. From cars to trucks and buses, Ford Company produces them all; and with standard quality as well. That is probably why this company still stands today.

Kentucky Fried Chicken aka KFC, is an American fast food restaurant that specializes in fried chicken. As you can see on the logo, that is Colonel Harland Sanders, the founder of the fingers lickin’ good fried chicken. The original product of KFC is the pressured fried chicken pieces that are seasoned with Sander’s recipe of 11 herbs and spices. You can find KFC in more than 123 countries worldwide, and the taste of the chicken is somehow mesmerizing.

Founded by the McDonald brothers, Richard and Maurice, McDonald’s is the first fast food company that requires customers to pick up their own food. Compared to most fast food stores and restaurants, service-to-the-table was provided. For McDonald’s consumers, the customers have to stand in line and wait to pick up the freshly made hamburgers; and that was the most unique thing back then.

This fast food company was just a hamburger stand until Ray Croc found them in 1955. He then joined the company as a franchise agent which later proceeded to purchase the chain from the McDonald brothers. Nowadays, McDonald’s serves in more than 120 countries worldwide with more than 31, 230 franchised locations.

When it comes to sports equipment and accessories, you can never forget Nike. Nike is an American multinational corporation that designs, develops, and manufactures sports products worldwide. The headquarter of this company is near Beaverton, Oregon. Being the world’s largest supplier of athletic shoes and apparel, the Nike brand is valued at $29.6 billion last year.

Nike’s first products were track running shoes, and then they started to expand their productions to more. That includes shoes, jerseys, shorts, cleats, baselayers, and more. Products from Nike is available in a variety of sports both indoor and outdoor, and that is why this brand is one among the most famous in the world.

Tall, Grande, or Verti? If you are a fan of Starbucks, you definitely know which size you prefer the most. So this American coffee company was founded in Seattle, Washington, in 1971. The founders are Jerry Baldwin, Zev Seigl, and Gordon Bowker; whose jobs had nothing related to this industry at all. Three of them were inspired to sell high-quality coffee beans by Alfred Peet who was a coffee roasting entrepreneur.

The first Starbucks location outside North America was in Tokyo, Japan back in 1996. That was when the locations of these famous coffee shops began to distribute themselves to different parts and continents of the world. That is why no matter where you go, you will at least see that green mermaid logo.

Microsoft Corporation, aka MS is an American multinational technology company. This company develops, manufactures, licenses, supports, and sells computer software, consumer electronics, personal computers, and related services. If you are using Microsoft Office on your computer, you are one of this company’s million customers. By revenue, Microsoft is the largest software maker in the world. This worldwide company was founded by Bill Gates and Paul Allen back in 1975, and it made its way into the global market since then.

No matter how famous Windows can be, there is always a loyal band of Apple and Macintosh users whose devotion is to the Apple brand. Apple Inc. is an American multinational technology company that designs, develops, and sells consumer electronics, computer software, and online services. The famous products that Apple sells worldwide are iPhone, iPad, iPod, and MacBook computers.

The company was founded by Steve Jobs, Steve Wozniak, and Ronald Wayne; and the name is based on Job’s favorite fruit. Despite the fact that Apple’s computers cost more than most PCs and have a more limited range of software, its great appeal always makes it so tempting. The first Apple PC was established in 1976, followed by the iMac in 1997, iPod in 2003, and iPhone in 2007. Today, Apple has more than 500 retail stores worldwide.