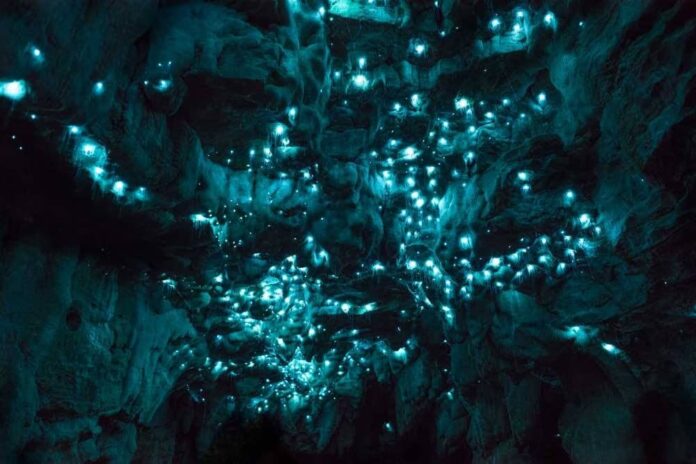 Things that glow in the dark are already impressive, let alone the animals that have such incredible abilities. The question is what causes such cool things to happen? That is because those special creatures are born with “bioluminescence” in their gene. The fascinating thing is that the deeper they live in the ocean, the more chance they have to glow. That is why about 80% of bio-luminescent groups are mostly found in the depths of the world’s oceans.

There are also creatures with similar abilities on land as well, just not too many like the aquatic ones. So we are here to bring you 10 creatures that glow beautifully and amazingly in the dark. From plants to creatures in the ocean and land, we include just the most gorgeous ones on our list. Let’s see if you have known or seen them before in real life, so let’s take a look together!

Like I always say, the deeper in the ocean they live, the scarier and uglier the creatures become. Anglerfish don’t even live that deep and they already look like that. Can you imagine the ones that live deeper than that? The amazing thing about anglerfish is that they are gifted with a light bulb-like antenna on their head. This light bulb makes their stomach full always, and they don’t have to search for food since food always comes to them.

In the dark, smaller fish normally swim towards the light; and guess where the lights are from. Yup, anglerfish. In the dark ocean depths, anglerfish lies waiting with the mini lantern that stays just a few inches from its jaw. The curious fish swims by, “bon appetite!” Simple as that, no doubts why they are featured in the famous cartoon animation movie “Finding Nemo”.

Antarctic Krill, aka VIP of Antarctica, is among the most important animals in the Antarctic food chain. The population of this aquatic animal is so high, and their densities can reach as high as 30,000 individuals per cube meter. That is a lot of krill, and so is food for predators. The awesome thing about Antarctic Krill is that they have numerous organs that can glow a yellow-green light for up to 3 seconds at a time.

The exact reason why they glow is still under research, but some scientists suggest that they illuminate to avoid predators. The illumination is to blend into the brightness of the sky and ice above the surface as a way to defend themselves. There are many interesting facts about Antarctic krill apart from the fact that they glow.

They travel in swarms to confuse predators that would pick out a single krill which is awesome. Another way to avoid predators is that they spend their day at greater depths in the ocean and only rise during the night. They can live up to 10 years, and their size is about 6 centimeters long.

They are the primary food source of the largest animal in the ocean, the blue whale. Another thing is that they are among the most abundant animals on earth. In the Southern Ocean alone, they can assemble in large swarms of up to 30 trillion individuals. Also, they are so abundant that there are about 500 million tons of krill in the Southern Ocean.

Fun Fact: Female krill lay up to 10,000 eggs at a time, and several times a season. No doubt why their population is so high.

Dinoflagellates aka Blue Ocean Glow are marine species that live in both fresh and salt water. There are certain species that can produce stunning bioluminescence when they are disturbed. That is why when the water’s surface lights up that create a blue ocean glow when there are boats, swimmers, or waves occurs. The glow is used as a defense mechanism that may warn off the predators, and they also make the ocean extra attractive as well.

Goes by another name of Ctenophores, Comb Jellies produce bioluminescence as a defense mechanism just like most glowing animals. The difference between them and jellyfish is that they do not sting, they eat their prey; simple as that. Since comb jellies are cannibalistic by nature, the attack looks scary. When they try to consume their prey, pieces break off of the victim and glow within the jelly’s translucent gut. Scary but cool at the same time, but that makes our nature fascinating.

Isn’t that cool to be born with over 100 organs that can produce light? Plus with a transparent body, you can clearly see the light from crystal jellies without even trying. That is because those tiny light-producing organs surround the outer umbrella of the crystal jellies. Normally, crystal jellies float with ocean currents, and they feed on other jellyfish as well as zooplankton and small crustaceans. Crystal jellies are delicate and interesting, and that is why they are collected for their luminescence in research studying genes and detecting calcium.

You can find them in Japan, and these tiny adorables are known as firefly squids or Watasenia Scintillans. The average length of a firefly squid is only about 3 inches long, but they can swim to depths of hundreds of meters into the ocean. They do that during the daytime and return to the ocean surface to display their beauty at night.

These fireflies of the ocean are gifted with photophores attached to each tentacle which allow them to emit beautiful light blue bioluminescence. Such incredible emissions allow them to warn off predators, communicate, and attract prey. These squids eat fish, and they flash their lights to lure fish into their mouth. Not to mention it can light up its entire body to attract a mate, we hoomans can never be as cool as them.

There are a lot of types of fungi that glow in the dark, 70 species to be exact; but the one with the most talent is Panellus Stipticus. The amount of bioluminescence emitted by these fungi is green, and they mostly grow on decaying wood known as foxfire aka fairy fire. Nobody knows yet why such a cool phenomenon occurs in fungi, but there are reasons why they do so. According to some popular theories, fungi emit light to attract insects for spore disposal, to attract predators, and to defend themselves.

You can also find beautiful glowing creatures beyond the ocean depths as well, and glowworms are the perfect example of that. If you wonder, they are not confined to any species, but rather the larvae of many different types of insect species that produce bioluminescence. There is one common glowworm known as firefly larvae, but the most interesting ones would be fungus gnat aka spider worm.

So glowworms glow to attract prey like insects, mollusks, millipedes, etc; but there is more than that. They also drop sticky silken thread from cave ceilings that stick to and trap their quarry as well. The awesome thing is that the thread creates a really cool visual effect, and they are definitely something you should see in real life at least once.

While there is plenty of glowing aquatic mollusks, there is only one snail species on land that is known to produce light. Actually, Land Snail is the only land gastropod among thousands of snails and slugs known to be bio-luminescent. The sad thing is the picture does not show the light as we see in front of our eyes. However, it is so interesting with the fact that their eggs have globules that glow in the dark continuously.

In fact, juvenile and adult land snails can produce short bursts of green light which is absolutely incredible. According to some research, this tropical species may also use its bioluminescence as a form of communication. That would be extra fascinating if that is really true.

There are times when creepy crawlers can be adorable, and this is one of the best examples of them. Motyxia Millipede is the only species that can glow in the dark, and they are very special. This type of millipede can emit greenish-blue light, especially when they are disturbed. Don’t let this amazing talent fool you, this millipede is still poisonous and dangerous to hang out around. They contain cyanide, and they still can harm you if you come into contact with them. The one sad thing about Motyxia Millipede is that they cannot enjoy their beautiful light, they are blind.