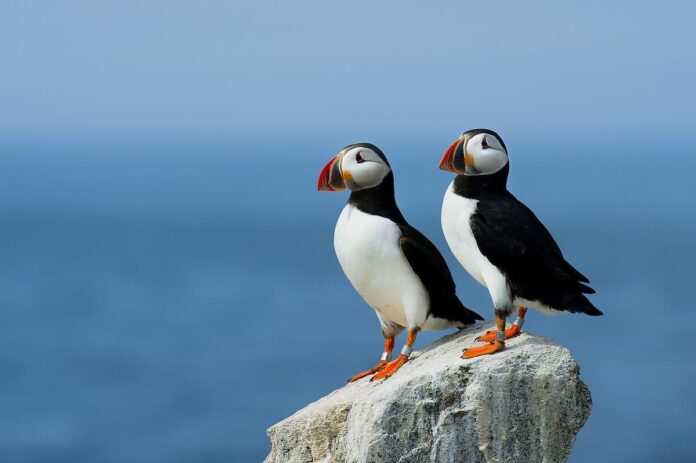 A majority of penguin species live in cold climate areas, and the changing climate affects them. As for Adelie Penguins, they live in the Antarctic and feed on krill found under the ice sheets. So when the ice melts, krill populations also decrease which means the penguins have fewer food sources. That is when they have to migrate from their natural habitat in an attempt to find alternative food sources.

It might be good for them to still be able to find food, but it is bad for their reproduction. Spending a lot of energy to find food makes penguins less successful at breeding and raising their young. The study from NASA has shown a great decline in Adelie Penguins during the past years. The good thing is they are trying to get the number to rise, so that is something nice to know about.

Our symbol of Christmas, Caribou aka Reindeer is also one of the animals affected by climate change. This species of animal has insulated fur and a lack of sweat glands which allow them to survive harsh winters. That means their lives are perfect up north in super cold weather and climates. As the world gets hotter, the problems all go to animals that are adapted to the coldest environments like them. Plus with the change of winter food sources in hot weather as well as wildfire, caribous are in grave danger. Summer becomes hotter, and that is not a good sign for these Christmas spiritual animals.

Being the world’s faster animals, Cheetahs still lost the race against climate change which results in big suffering. As the earth gets hotter, their prey; gazelles, starts to either die out or migrate somewhere else. That means the cheetahs have to change their diets as well, but that is not the only thing. A rise in temperature has also affected this big cat’s ability to reproduce due to low testosterone and sperm levels. Their population may decrease even more in the near future if there is no solution to save them.

Moose is majestic and elegant animals that deserve to live longer on the earth. The rising temperatures and booming parasite populations are the main causes of their decrease in population. Moose is a cold-weather species that absolutely finds it hard to live in the burning hot climate. As the world gets hotter, more winter ticks will increase which is very bad for the moose. Just so you know, ten of thousands of winter ticks can gather on a single moose to feed on its blood. These parasites will weaken the moose’s immune system which often ends up in death, especially the calves. That is why moose keep o moving further north, but we all know that they can’t do that forever.

As you can see, their large blankets of wool are designed for cold weather. Global warming can bring this one species to either endangered or extinction due to a few reasons. Longer and warming summers could have a very devastating impact on their already small population across Canada, Greenland, and parts of Alaska. Musk oxen are not the type of animals that do well in burning hot weather. And this is exactly what our world is turning into. They will also lose their food source and habitat, who knows what will happen to them in the next five years?

The causes of their population decline are loss of habitat, loss of food, and changes in climate itself. As the ice melts, most of their food sources start to become scarce and the polar bears have to seek further food. Sometimes they even scavenge in garbage dumps to search for food which means they don’t get proper nutrition. If that is not heartbreaking, I don’t know what is. Another sad thing is that polar bears are facing extinction in the near future as global warming is getting worse. Let’s just hope things will get better for them.

These penguin-like seabirds also face some problems when the world gets hotter, and that is the lack of food. Their major food sources are white hake and herring, and these fish are moving away from puffins. As the sea warms, the fish move into deeper waters or even further north which is difficult for puffins to survive.

They no longer find it easy to catch the meal and feed their young although they feed on butterfish instead. The problem is that young puffins are unable to swallow those large fish which results in the death or starvation of the young. On top of that, they cannot breed very well during a food shortage which leads to less successful hatching.