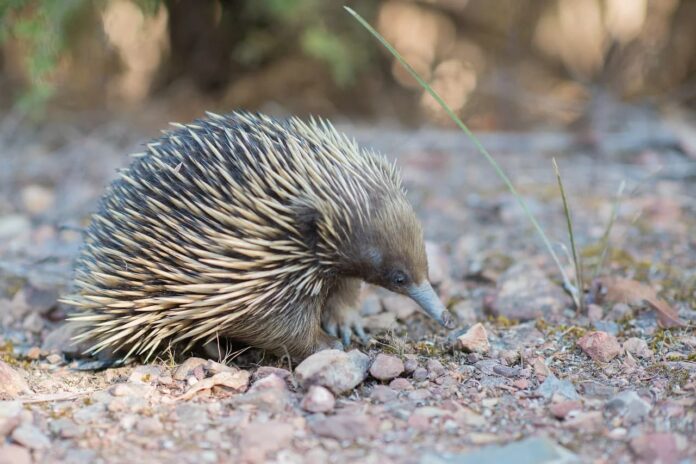 According to the logic of nature, mammals are supposed to give birth to live young. Yet anything is possible, and mammals that lay eggs do exist. It is a normal thing for mammals to not lay eggs, but it is a rare and unique case when they do lay egg. This case is known as monotremes, the term that refers to the structural differences in the animals of that group. As a matter of fact, there are only 2 types of mammals that lay eggs in the world nowadays. To find out how fascinating they are, let’s talk about them with us below.

Despite the fact that they don’t have beaks, there are two types of echidna including short and long beak echidna. Echidnas are monotremes which means that are among the 2 mammals on earth that lay eggs. Typically, echidnas breed between July and August. Practically, their mating is quite unusual because the males have four-headed penises while the females have two-branch reproductive tracts.

The funny part is that a male will come into a female’s burrow during hibernation and mate with her while she sleeps. In case you wonder, no she doesn’t know that there is a male that mates with her. She might wake up pregnant, and probably have no idea how that happened. After 45 to 55 days, a female will lay a single, soft-shelled, and leathery egg with the size of a dime.

The puggle will hatch from the egg after ten days by using an egg tooth to crack the shell. The puggle then stays in its mother’s pouch for another six to eight weeks before its spines begin to harden. In spite of being a mammal, mother echidnas don’t have nipples at all. Instead, she secretes milk through glands and the baby laps up the milk until they are seven months old.

Together with the four species of echidna, the platypus is one of the five extant species of mammals that lay eggs. Male and female platypuses avoid each other except when it is the mating season which is between June and October. Also, they do not mate until they are at least four years old. During the breeding season, males often fight and inflict wounds on each other with their sharp ankle spurs.

Both courtship and mating of the platypus take place in the water from late winter through spring. After mating, the females will seal themselves inside the burrow to lay their eggs. As for the males, they do not take part in rearing the young at all. Usually, a mother platypus lays two small leathery eggs which she will incubate for around 10 days.
When the eggs hatch, the helpless babies need nursing and care from their mom for at least three to four months. After the babies are independent and able to swim and feed on their own, the mother will leave them. Male and female platypuses become fully grown between the age of 12 and 18 months before they become sexually mature.