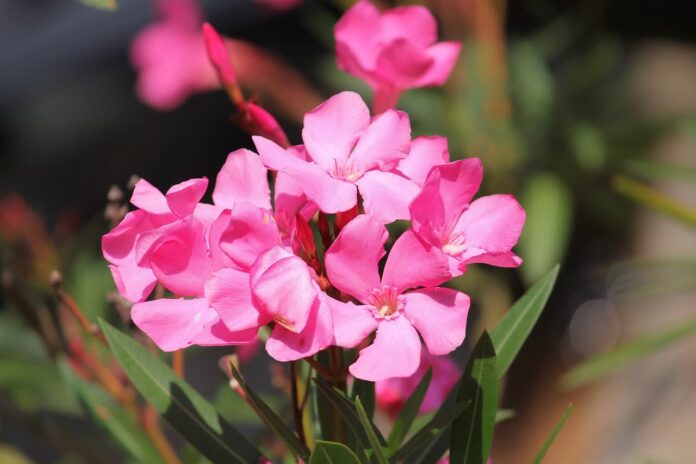 According to Guinness World Records, this is the most poisonous common plant in the world. You can find them in the wasteland of the Mediterranean Basin, Eastern Africa, and India as well as other parts of the tropical regions. The seeds of this plant contain a toxin known as ricin that can cause hypotension, nausea, diarrhea, and seizures when overdosing. Without treatment, death can occur in 3 to 5 days which is somehow not too immediate.

These are the plants that you can find in mountain meadows in southwestern North America, the Sierra Nevada, and the Rocky Mountains. Corn Lily aka False Hellebore is a poisonous plant that has a heavily leafy stem resembling a cornstalk. This type of plant contains highly steroidal alkaloids which activate sodium ion channels which cause rapid cardiac failure. The plant can also cause death if you consume it because of the toxins present in all parts of the plant.

If you consume one, the symptoms will be muscle weakness, vomiting abdominal pain, cardiac arrhythmia, and seizures. Those symptoms usually occur about 30 minutes to 4 hours after ingesting, and a large portion of consumption can lead to death. It looks so nice and attractive yes, but it kills so remember its look and avoid these poisonous plants.

Short and easy, this thing contains a poison known as colchicine that can cause nasty symptoms. The symptoms appear within 24 hours of ingesting the plant such as vomiting, fever, diarrhea, abdominal pain, and kidney failure. After 24 hours of ingestion, the poison can cause multiple organ failures which can, of course, lead to death. There are no known specific antidotes for treating this type of poisoning yet, so always be cautious.

Monkshood aka Wolf’s Bane is one of the most poisonous plants that you should deal with very carefully. Also goes by the name Queen of Poisons, this plant contains an alkaloid called aconitine that can cause fatality almost instantly. The symptoms are also instant which is about within an hour of consumption; those include nausea, diarrhea, and vomiting. The symptoms can be more severe like disabling the nerves and stopping the heart in a very short time. That is why the ancient people of Greece used this poison in arrows while the Germans used it for bullets during WWII.

It is one of the most toxic garden plants in the world that is weirdly found in schoolyards. Each and every part of this plant is all toxic, and ingesting high dosages of the plant can be fatal. As a matter of fact, it is also dangerous just to inhale smoke from the burning oleander. The effects range from abdominal pain and irregular heart rates to the breakdown of the central nervous system. All of that can lead to drowsiness, seizures, muscle contractions, coma, and even worse, death.

The name already tells the function and what this type of plant can do, so it is not a surprise. As the name suggests, people use suicide trees for suicide and murder for so many years already. The thing is that this type of plant has fruit that resembles a small mango that many Southeast Asians love to eat. Suicide Tree contains cerberin which is a digoxin-type cardenolide and cardiac glycoside toxin; they block the calcium ion channels in heart muscle.

When consumed, the toxins cause disruption of the heartbeat which mostly leads to fatality. The symptoms of the toxicity include violent vomiting, burning sensation in the mouth, irregular respiration, headache, irregular heartbeat, coma, and death. This plant has been a common agent of suicide and homicide since the early 19th century with almost 500 cases.

The name sounds so cool, but this is actually one of the most poisonous plants in North America. Water Hemlock contains a harmful toxin known as cicutoxin which is a substance that breakdown the central nervous system. It can cause rapid seizures and tremors, while other times lead to nausea, abdominal pain, and emesis. Such symptoms usually occur within 60 minutes of ingesting the plant, and high consumption can quickly cause death.

If consuming a lot, the toxic can cause death as little as 15 minutes so always be careful. Despite the fact that water hemlock is extremely poisonous, it is used as a medicine for migraine, painful menstruation, and worms in the intestines. Some people even apply water hemlock directly to the skin for healing inflammation, but avoiding them is a better idea.

These poisonous plants contain the toxin tremetol which can contaminate milk and meat when cattle consume them. So when we consume milk or meat, the poison passes down to us which can be dangerous. Milk sickness is the term for such a condition, and it has killed a lot of people already since the early 19th century. In fact, this plant might have been the cause of the death of Abraham Lincoln’s mother back in the old days.