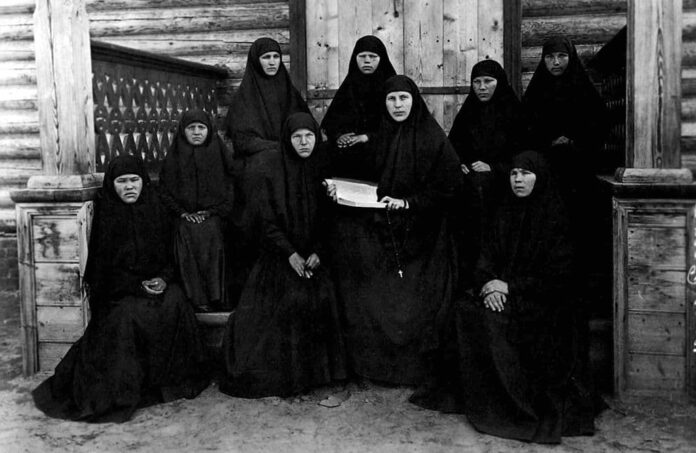 The Nun was a successful movie last year, the thing is how much do you know about nuns? The common thing about nuns is that they live in the church, and they abide by strict rules. However, there is more than that that we bring to you today. It is also not easy to be a nun because there are a few steps that take several years to become one. In case you wonder, nuns and sisters are slightly different from each other.

Nuns take solemn vows and are cloistered where they reside, pray, and work within the confines of a monastery. After two years as a novice, the nun then takes her first vows followed by her final vows after three more years. Sisters, on the other hand, take simple vows and live a life governed by a particular mission, vision, and charism. There are many more interesting things about being a nun that you don’t know, so let’s find out with us.

1Daily Life Of A Nun

As for a nun, each of them has a typical schedule that involves a lot of prayer and contemplation with God. There are also more menial tasks every day that usually begins around sunrise at approximately 5:30 in the morning. They start their morning with a combination of prayers and meditations. At 7:30, they have breakfast before doing their work related to the convent. Then there will be lunch, more prayer, and then classes on various religious topics. It is all busy days and prayers, the sisters also have a lot of free time to walk through the abbey gardens.

2How To Deal With Urges

Human beings cannot escape from the urge “to get to know someone”, and there are ways of mitigating this for nuns. Those include splashing cold water on their faces or talking about these urges to other nuns who undoubtedly felt the same. As a matter of fact, those urges make many nuns realize and understand that urges make them form a stronger union.

Actually, there is no such thing as a male nun; however, there is a male equivalent to the job a nun does. A male nun is a monk, and they serve many of the same roles done by the nuns in the male version. Also, monks pledge their lives to serve God by taking vows just like nuns. Monks also vow to relinquish all earthly possessions and spend their lives in contemplation and prayer.

As we have mentioned in the introduction, there are quite a number of processes to become a nun. Nuns who go to the convent must make three vows to God before they become a nun. Each of them must vow to remain unwed as well as have no physical relations with men. After that, they must pledge to be obedient to the head of the convent.

According to Pope Francis who issued a papal decree in 2016, nuns are not supposed to have or use smartphones. He said that while mobile phone and tablet users may be good for outreach, they are full of social media. That is the thing that may tempt many people out of monasteries and away from the religion itself. Pope Francis also stated that social media and smartphones take away from prayer and reverence of God.

6Married Nuns Must Get A Divorce

There are times when married women decided that they do not want that kind of life anymore. Even if they used to get married, it is totally fine to switch to another life to serve God. The thing is that they must legally annul their marriage to begin the process of becoming a nun or sister. After that, they can take similar vows in order to be in the service of Christ.

7Nuns Must Live in Poverty

Wealth is not on the list when it comes to being a nun because that is not part of the vows. Nuns take a vow of poverty which means they don’t make any money at all. That is not all, they even give all of the money they earn (if they earn any) to the church. They also have to trust that the church will allocate the money to provide them with food, water, and shelter. Doing so is to remind them to keep faith that God will provide.