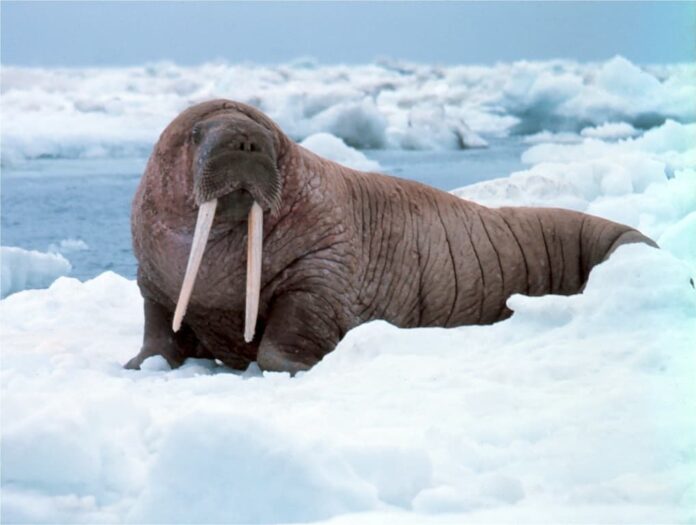 Animals with tusks are actually very cool and rare since tusks are not so common in the animal kingdom. Tusks are protruding teeth beyond the mouth of certain mammals, most tusks are in pairs. Usually, tusks grow continuously while helping the animals to protect themselves or find food in the wild. Vary in shape and size but mostly curved, tusks aid the animals in feeding, digging, and surviving. On the other hand, animals with tusks face great danger because poachers and hunters are always after them. Below is the list of some rare animals with tusks, so let’s see which one you think is the coolest.

Looks like we have the most unfortunate animals with tusks on the list aka wild pigs with dental problems. The thing is that Babirusa has remarkable tusks or canines, except they grow in an unusual way. The tusks grow right up through the skin in their snout, and they curve back toward their forehead. Those tusks will continue to grow throughout their entire life as long as there is a blood supply. If they are not worn down or broken off during fights, the tusks will penetrate the skin and begin curving back. Back toward the Babirusa’s forehead all the way back into the skill. Painful, indeed.

Also known as unicorns of the sea, narwhals have two teeth and one of which grows differently. That one prominent tooth grows into a sword-like and spiral tusk up to 8.8 feet long. It grows right through the narwhal’s upper lip, and it projects from the left side of the upper jaw. In some rare cases, about one in 500 males have two tusks while only 15% of female narwhals grow a tusk.

You can never confuse them because you can immediately tell by their prominent tusks, whiskers, and bulk. Walruses are among the animals with the longest tusks since theirs can grow as long as a meter. Those tusks are elongated canines which present in both males and females which males use for fighting, dominance, and display. Typically, the strongest males with the largest tusks dominate the social groups.

Tusks are important for walruses in many different ways apart from fighting and showing off to others. Walruses use their tusks to form and maintain holes in the ice and aid them in climbing out of water. More than that, male walruses use their tusks aggressively to maintain territory or protect their harems of females during mating season. Back in the 18th and 19th centuries, people over hunted them for their tusks, oil, skin, and meat close to their extinction. Fortunately, the popularity has gone right back on track.

The unique thing about animals with tusks like warthogs is that they have not just a pair of tusks but two. A warthog has two pairs of tusks protruding from the mouth, and the tusks curve upwards. The lower pair which is far shorter than the upper pair are razor-sharp since warthog rubs them against the upper pair. The rubbing occurs every time the warthog opens and closes its mouth. Warthogs use their tusk for combating the hogs and defending against predators, and the wounds are always severe.

Vampire vibe with a glance, water deer is like the reindeer of Krampus on Christmas. Instead of having a pair of antlers, water deer have a pair of prominent tusks as their canine teeth. The cool thing is water deer can draw their tusks backward out of the way when eating. In aggressive encounters, the water deer will thrust the canines out and draw in their lower lip to pull the teeth together. Water deer are solitary animals, the males are very territorial and they make out their territory with urine and feces.