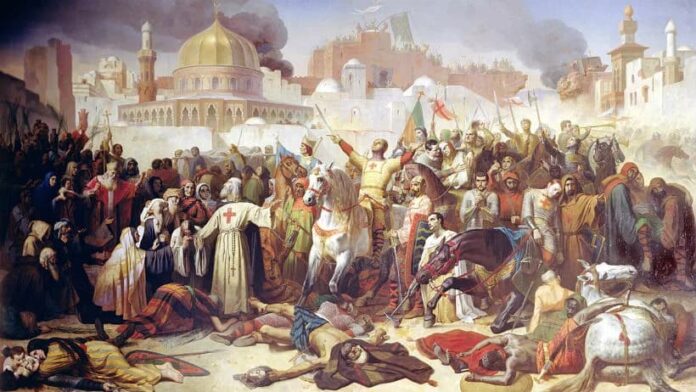 Religions teach people to do good things, and the leaders of each religion are role models for their people. As for Christianity, some evil popes became the leader of this big religion and did bad things. At some point, it is not always about the religion alone; the people themselves also need to know what’s good and bad.

So, Pope aka the Supreme Pontiff is the leader of the worldwide Catholic Church. There have been countless popes since the beginning of Christianity from the first millennium until now which is the third millennium. However, we only talk about the 9 most evil popes today so let’s see who they are and what they did.

It was unfortunate for those who had to go through bitter days during the reign of Pope Damasus I. Back then, women and children were bought and sold as sex slaves to increase funding for the church at Damasus’ design. He would even sell nuns if there were people to look for nuns. As for those who opposed him, he dealt with them in a brutal manner by torturing or murdering those who got in his way.

His methods of killing including burning them alive right after he seized their lands for church-designated purposes. There were actually 44 bishops who abhorred the acts of Pope Damasus I and had found him guilty of adultery. However, the office of the pope was a strong central figurehead so the pope got away with it easily. After the charge had passed, all 44 bishops were murdered at the order of Damasus I. His reign of cruelty finally finished when he died, and he left bad memories to the people of the Vatican back then.

Despite the reign being in a short period of about a year, Pope Stephen VI made quite a reputation for being evil. That was because he was responsible for one of the most bizarre and notorious incidents in papal history. He never got along well with Pope Formosus who was the pope before him, and he definitely knew how to hold a grudge.

When he rose to power, he had the remains of his predecessor Formusus exhumed so that the corpse could stand trial. Rather than just re-excommunicate the deceased pope, Stephen VII undertook what would become known as the Cadaver Synod. In another word, synod means an ecclesiastic trial and cadaver means a dead body; you know what that means right?

So Formosus was found guilty, and Stephen VII ordered his fingers cut off, his body stripped of papal vestments dressed in rags. Then the corpse re-entered a pauper’s grave. Stephen VII soon thought it was not enough for the grudge so he had the corpse dug up again. Then tied the corpse with stones, and threw it into the Tiber River, but a monk rescued the corpse. Geez.

We all think that he was completely insane, and the people of Rome also thought the same. So they boiled riots after what happened led to him being stripped of his vestment, imprisoned, and strangled. It took 3 synods to vindicate Formosus, and no popes will take his name to this day. Well after what happened, and a variety of name choices, that is understandable.

He was the eldest son of a noble Roman family, but his reign was the darkest period in the history of the papacy. First, he killed Pope Leo V and Pope Christopher in order to obtain the throne. As a matter of fact, he was the only pope to order another Pope’s death to get into power. He also allegedly fathered an illegitimate son whose name was John who later became Pope John XI. His affair was with Marozia who was the daughter of Theophylactus which brought him more power during his reign. His main concerns during his reign were his power and sex life, and his era known as the pornocracy. Thankfully, those dark moments ended after 7 years because of his death.

The people of the Vatican have surely experienced the worse of the world with their evil popes. Pope John XII was among them but with more libido than any of his contemporaries. He became pope when he was only 18 years old, and immediately developed a reputation for rape and deviant sexual activity. He allegedly raped his two sisters regularly, obtained a 10-year-old bishop, and refused to make the sign of the cross. More than that, he even invoked pagan gods when gambling.

His 9 years of reign ended after his death when an outraged husband caught him in bed with his wife. He had a son who became Pope John XIII who died the exact same way. Like father, like son perhaps?

Compared to other evil popes on the list, Pope Urban II took no children as lovers and he was relatively light on corruption. However, he was still among the evil popes because of his burning desire to initiate the First Crusade. It was the first of conflicts between Christianity and Islam whose ramifications still echo today. He also made the most influential speech of the Middle Ages, giving rise to the Crusades. He did so by calling all Christians in Europe to war against Muslims in order to reclaim the Holy Land.

Pope Urban II apparently had some serious oratory skills since he managed to convince the entire Council of Clermont to sign off on the First Crusade. By giving every murderer, rapist, and thief a last-ditch chance at entering the kingdom of God, he guaranteed a sizable army. The army would be ready and willing to invade the holy land and bring it back to the Christians. The First Crusade led to military success with the conquest of Jerusalem in 1099 while the project for union failed. He also died the same year despite many problems that were still unsolved.

As you can see, he was the only man to have been Pope on more than one occasion. That was not all, he became pope when he was less than 20 which made him one of the youngest popes in history. Pope Benedict IX was also the only man to ever have sold the papacy, and of course, one of the most evil popes. In case you wonder how he became pope, his father obtained his election through bribery.

If you look for a pope with a Bartlett’s full of nasty quotes from critics, he’s your man. St. Peter Damian accused him of feasting on immortality while describing him as a demon from hell in the disguise of a priest. As for Bishop Benno, he accused the pope of many vile adulteries and murders. That was just a short description, Pope Benedict IX was more than that.

After going back and forth like that, he later died as a normal and unreasonably rich man.

Pope Alexander VI also used his attractive daughter Lucrezia, whom he might have had an affair with, as bait for wealthy merchants. When a rich merchant prince would visit Rome, he would introduce his daughter and then have her seduce them. He then marries his daughter off to the merchant for a vast dowry and took the money from the rich guy. Then he declared the marriage null and void when there would be a wealthier merchant who visited Rome.

After 11 years of his hellish reign, one of the many assassins hired to kill him finally succeeded in their attempts. He died of poison, and according to the source, his last words were “Wait a minute.”

He was actually Julius III’s immediate predecessor, and his reign had significantly less child rape but more murders. The first people he killed were his own mother and his niece with the purpose to inherit the family fortune. That was before he became Pope, and there were more murders when he got into power. He would execute anyone who annoyed him by strangulation and immolation, well just in case you know.

His most ruthlessly famous anecdote revolved around a theological dispute between two cardinals and a Polish bishop. When the argument wore on, Paul III had all three men hacked to death with swords to end the dispute. For finance, he took control of 45,000 Roman prostitutes and then took a cut of their earnings. As for his lover, he had an affair with an attractive young lady named Constanza Farnese.

She was his own daughter.

After a career as a distinguished and effective diplomat, Giovanni Maria Ciocchi Del Monte became Pope Julius III by election. A conclave of 47 cardinals elected Del Monte as their next pontiff after the death of Pope Paul III. He was 62, and he took the name of Julius III in honor of the pope whom he had worked as a chamberlain.

When he assumed office, the pope devoted himself to only a life of personal pleasure which led to his bad reputation. He loved pleasure, banquets, gambling, masked balls, and hunting, and he even picked up a teenage boy off the street. Eventually, he made the boy his lover. Julius III was so smitten with this boy he ended up making him his adopted nephew so that he could promote him.

The boy’s name was Innocenzo Ciocchi Del Monte, and he became a cardinal while he was still an adolescent. The boy’s scandal outraged the other cardinals so much that it has become the defining feature of his entire papal reign. On top of that, he spent a great deal of papal money on entertainment at the Villa Giulia. Do you know what the worse part was? He asked Michelangelo to decorate his home with sculptures of young boys having sex with each other. Looks like discretion was not his forte.