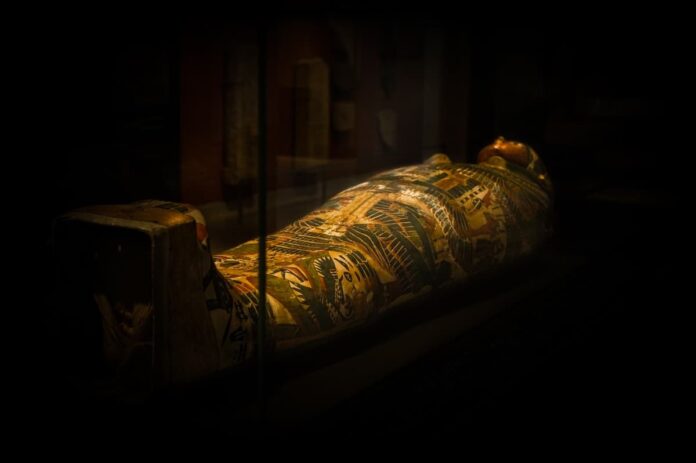 Back in the old days, mummification was one of the ways to preserve those who were dead. For years, there have been many discoveries of mummies in many countries in different parts of the world. Some of them brought history and stories to the people while others rather brought fear and scary experiences. Today, we will look into some of the creepy mummies in the world along with their background stories. Let us know which one you think is the creepiest.

In 1821, members of the O’Kelly family found the remains of a dead body that had lain undisturbed for over 2,000 years. The body was in a great state of preservation due to the cold acidic and oxygen-free conditions of the bog. The family saw an opportunity to make some money, so they re-buried the bog body. Then they charged visitors a small fee to excavate the mummy to view it, again and again for 8 years. So much for resting in peace.

In 1829, the Royal Irish Academy finally intervened and purchased the mummy for further study. Gallagh Man was a young male in his early twenties when he died, he was naked except for a large deerskin cape. Some suggested that he was killed in Iron Age, and buried with a piece of willow wood around his neck. They believed that his killers used the wood to strangle him while the others believed that it was related to religious purposes.

Egypt is the one country with a number of mummies waiting to be found, Ginger was one of them. With his golden hair which was the reason why people named him Ginger, the mummy died more than 5000 years ago. The body was in shallow graves with direct contact with sand that preserved the body with great details. Ginger lay in the tightly curled infantile position, and his back story was scary.

Forensic scientists have solved the crime after new technology allowed them to study fatal wounds on Ginger’s body. His injuries suggest that he was the victim of a deliberate and violent killing due to his damaged shoulder blade. His rib also shattered in a manner consistent with a stab wound, the attacker also stabbed him in the back. The scientists believed that Ginger was only about 18 to 21 years old when he died due to his developed muscles. He was one of the best-preserved and oldest mummies in the world as well.

Mummification requires a number of steps, and it would be very painful if done on a living person. We are talking about Guanajuato mummies that died in anguish and pain which you can still see on their faces. Guanajuato is a town in Mexico with many naturally mummified bodies interred during a cholera outbreak back in 1833. The place became a museum, and there were 59 mummies among a total collection of 111 on display.

To control the spread of the disease, people had to bury the bodies immediately while some were buried alive by accidents. Such cases resulted in horrific facial expressions as they screamed for help while they were slowly dying. One of the mummies was a woman who died in childbirth with her 24-week-old fetus, and that was the youngest mummy in existence.

Ray Bradbury was a science fiction author who was shocked and horrified when he first visited the town in 1947. He said “The experience so wounded and terrified me, I could hardly wait to flee Mexico. I had nightmares about dying and having to remain in the halls of the dead with those propped and wired bodies.” He then went home and immediately wrote The Next In Line which was a bone-chilling short story about supernatural forces.

Back in 1972, Hans and Jokum Gronvold were out hunting grouse when they found some very well-preserved mummies in a shallow cave. At first, the two brothers thought they had found the bodies of people who had recently died so they reported them to the police. After the examination, the eight mummies were of the people who died since several hundred years earlier. The mummies were of six women and a young boy along with a 6-month-old baby.

The baby was on top of three female mummies and another young boy were all preserved by the icy climate. The estimation suggested that the baby could have had Down’s Syndrome, so the people placed him in the grave alive. That was the Eskimo custom of the time to put the sick baby with the dead mother.

All those female mummies bore faint tattoos on their faces, and all of them were relatives according to the DNA test. Also, all the mummies died from different illnesses such as kidney stones, constipation, tumors, and bad health. Three of them were sisters at around 50 years of age, the other three were their daughters and the boys are their sons. There were more three female mummies nearby that grave. Apart from the mummies, there are also 78 pieces of clothing made from seals, reindeer, and other skins.

Just like Gallagh Man, he was also found in a bog back in 1871 in Germany. Based on the triangular hole in his skull, the autopsy suggested that he was beaten to death. Near his body were the remnants of a wooden clock and a skin cape, and the mummy was naked.

The man was about 40 to 50 years when he died, and he might have lived during the first or second century. His caretakers of the 19th century smoked his body in order to preserve it as the body was in good condition.

Also known as Sleeping Beauty, little Rosalia was a 2-year-old girl who died of pneumonia in 1920. Her father was sorely grieved upon her death he approached a noted embalmer to undergo the task of preserving her. The embalmer really did his job, even the x-rays of the body show that all the organs are remarkably intact.

Those who have seen her have sworn that they saw her open her eyes revealing her intact blue irises. In response to that, an Italian biological anthropologist Piombino-Mascali said that her eyes are not completely closed. So when the light changes and hits her eyes at different angles, it can appear as if the eyes are opening. The mummy is now in a new glass case that can block any bacteria or fungi while protecting the body from light effects.

The Altai Mountains are a mysterious place, and one famous archaeological discovery was this Siberian Ice Maiden mummy. The interesting thing is that the body of the mummy has remarkable tattoos that are similar to modern-day tattoos. The lady died when she was around 25 years old, and her tattoos are the symbol of her high status. People believed that she was rather a revered folk tale narrator or a holy woman rather than an ice princess.

Ukok Princess had the most complicated and most beautiful tattoos compared to other mummies’. Her tattoos were the perfect and highly artistic images that we can see on the bodies of the Pazyryks. She had full-arm tattoos of animals that signified her age and status back then. The tattoo on her left shoulder was a deer with a griffon’s beak and a Capricorn’s antlers. She also has a deer’s head with big antlers on her wrist, and another tattoo on her left thumb.

As for the Altai locals, they were not happy with the discovery and the removal of the mummy for research. They believed that there have been many disastrous consequences since the scientists took her including forest fires, earthquakes, illnesses, and suicides. More than that, even among the team who made the discovery also experienced nightmares and a near helicopter crash. They called the event The Curse Of The Mummy, what do you think?