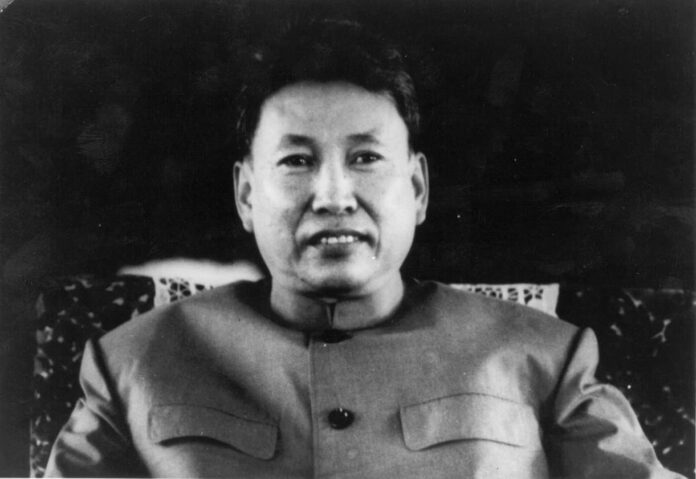 We all want to live in peace and harmony no matter where we are, but things are different in the presence of evil leaders. When bad leaders rule the country, the people will live with fear and despair at every moment of their life. Freedom is under limitation, and wars would be the worse case that often occurs when the leaders have greedy or bad thoughts in their minds. So today we introduce you to the 10 most evil leaders in history that have done so many bad things to their country. Let us know which leader you find the most evil, and don’t forget to share your thoughts with us.

We all know that Adolf Hitler was one of the most evil leaders in the world, no one denied that fact. He was the leader of the Nazi Party, and he rose to power in Germany as Chancellor in 1933. Apart from being among the most notorious and evil leaders in human history, he was also central to the perpetration of the Holocaust. He also had an invasion of European and African nations, and he had the order to torture, rape, and execute millions of Jews.

There are countless more atrocities both known and unknown that he did to both his people and other people. In total, the deaths that he caused were no less than 11 millions, and most of which were Jewish people. On the 30th of April 1945, Hitler shot himself in the head when Soviet troops were close to capturing him. His wife, Eva Braun, who married him the night before also took a cyanide capsule and died with him.

This might go far back in history, but Herod the Great aka Ruthless Ruler of the Jews was very evil. He ruled over the Jews in Israel in the time before Christ, but he was not completely Jewish. There were many wicked deeds that he did including killing his sons, his wives, his mother-in-law, and more. That is not all, he also drowned a high priest, killed a few uncles, and even with a plot to kill a stadium of Jewish leaders.

He was the same Herod the Great of the Bible that slaughtered male children to try and kill Jesus. According to history, Herod the Great died of a painful and debilitating disease that caused breathing problems. The same disease developed into convulsions, and rotting of his body with worms. His tomb was discovered by Israeli archaeologists in 2007 at the site of the city of Herodium which is 8 miles south of Jerusalem. There was a broken sarcophagus, but there was no body.

With his real name as Ioseb Besarionis dze Jughashvili, Joseph Stalin was a Soviet revolutionary and politician of Georgian ethnicity. During his reign, he took control of large plots of land and killed millions of farmers who refused to give up their land. Such an act also led to famine across Russia at that time which resulted in millions more people killed.

Stalin ruled by terror and with a totalitarian grip in order to eliminate anyone who might oppose him. Under his totalitarian rule, he expanded the secret police, encouraged the citizens to spy on each other, and had millions killed. In total, there were about 20 million people died under his brutal and tyrannical rule.

On 1st March, 1953, Stalin’s staff found him semi-conscious on the bedroom floor as he had suffered a cerebral hemorrhage. He died 4 days after, and the autopsy already revealed that severe damage to his cerebral arteries was also the cause. Stalin left no anointed successor nor a framework within which a transfer of power could take place. So the system of collective leadership was restored to keep the country going without attaining domination again.

Kim was the second Supreme Leader of North Korea after the death of his father, Kim Il Sung. He was an unelected dictator who was born in Vyatskoye, Russia who often accused of human rights violations. During Kim’s rule, the country suffered famine but he put the country’s money toward building the military instead of helping the people. In the process of building the world’s fifth-largest military, millions of his people starved to death. He also tricked the United States into giving him nuclear technology so he could build nuclear weapons to terrorize South Korea.

His most common title was Dear Leader to distinguish himself from his father’s title of Great Leader. He also killed South Korean officials, sunk South Korea’s submarines, and did a bombing run in Myanmar. North Korean government announced that Kim had died on 17th of December, 2011 with no specific causes. That is when his third son Kim Jong-un became the next leader of North Korea.

King Leopold II aka The Butcher of Congo was the king of Belgium and the exploiter of rubber in Congo. So he reigned down terror on the colony with his armies without even setting foot in the Congo even once. He had 10 million Congolese people massacred, and he frequently ordered his military to cut off rebellious workers’ hands. The action was to prove that his armies really did their job for him for he did not go to Congo himself. He died after exactly 44 years of crowning, and his funeral was booed with hatred by the crowd. His reign was also the longest in Belgian history, and he enslaved the people of the Congo for over 20 years.

Commonly known as Chairman Mao, Mao Zedong was a Chinese communist revolutionary who became the founding father of the People’s Republic of China. He ruled the country from its establishment in 1949 until his death in 1976 for a total of 27 years. Under his leadership, he instituted massive land reform by stealing large plots of land away from landowners through violence and terror. Killing people was not done much, it was his Great Leap Forward campaign that led to an intense famine. The famine was from 1959 to 1961, and it resulted in the deaths of 40 million people.

The campaign was his industrialization plan for China, turned out the famine destroyed Mao’s reputation, and lost his absolute power. Mao Zedong died of Parkinson’s disease on 9th September, 1976 at the age of 82. In the same year, he also suffered a few heart attacks before his death. Some give him credit for China’s growth that continues today while others believe his leadership resulted in stagnation in the country.

Nero Claudius Caesar was the last Roman emperor of the Julio-Claudian dynasty, and he was adopted by his great uncle Claudius. His mother arranged for him to wed Claudius’ daughter, Octavia in 53 then Claudius died a year after. The sources suggested she fed him poisoned mushrooms so that Nero could be the next king.

When he came to power, he began to go on a murderous rampage that killed so many lives in the country. First, Nero killed his mother followed by killing his first and second wives. After that, he plotted to burn his whole city down which he called the Great Fire of Rome so that he could rebuild it. Then, he blamed the fire on the Christians after it all died down and he had them persecuted, tortured, and killed. He also killed himself after 14 years of ruling Rome.

As one of the most notorious terrorists in history, Osama Bin Laden formed Al Qaeda and carried out several terrorist attacks against the U.S. Actually, he was a son of a billionaire but the embrace of a radical interpretation of Islam led him to terrorism. He attacked the United States and its allies on almost every continent across the globe.

He was eventually tracked down and killed at a safe house in Pakistan on the 2nd of May in 2011. The killing was after he unleashed a virulent strain of terrorism that plunge the globe. Many of his orders involved having his own men kill themselves as suicide bombers.

He was a Cambodian communist revolutionary and politician who served as the General Secretary of the Communist Party of Kampuchea. He renamed the country to Democratic Kampuchea, and he seek to create an agrarian socialist society. Pol Pot’s government forcibly relocated the urban population to the countryside to work on collective farms. The farms were where many people were killed when they disobeyed the rules or did something wrong. The combination of mass killings, malnutrition, strenuous working conditions, and poor medical care killed between 1.5 to 3 million people.

His purpose in making people do farm work was to eliminate the class of the rich and the poor. According to his opinion, everyone should have a fair life; it was a really bad idea especially when killing was involved. He died a broken man of a heart attack in a shack near the Thai-Cambodia border on 16th April, 1998. Until today, people who survived the dreadful events of “3 years 8 months 20 days” still remember every single thing. For the elders, only the mention of Pol Pot’s name can make them burst into anger and agony pain.

Vladimir Ilyich Ulyanov aka Lenin was a Russian communist revolutionary, politician, and political theorist. He was the first leader and revolutionary of Soviet Russia who overthrew the monarchy and turned Russia into a totalitarian state. He established Red Terror which was a massive campaign under the Bolshevik government to imprison and execute the former ruling classes. Red Terror was created after Lenin survived the assassination by Fanny Kaplan who was one of the Soviet Russia members.

Within the first few months of the Red Terror, 15,000 people died, priests and nuns were crucified, and everything was chaos. It was common for the police to kidnap a husband so his wife would come and purchase him back with her body. All of his acts and ways of ruling the country were inspired by the death of his older brother. He vowed that he would make people pay for his brother’s death, and so he did. He was able to revenge for his brother by assassinating Tsar Nicholas II, his wife, and his children just the way his brother wanted.

Lenin died of a stroke on the 21st January, and his body was embalmed so that it could be put on a show. People traveled across Russia to queue to see the body, and his mummified body has been on display ever since. As for the four-year period during World War II, his body was moved to Siberia for safety.