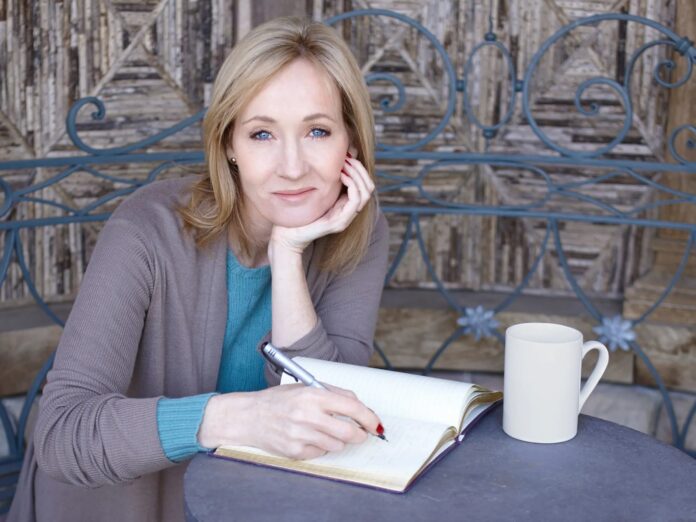 She, Joanne, is one of the greatest writers, and there are a lot of great books by J.K Rowling herself. She does not write too many books, but when she does, every page is a masterpiece. You might have known her from the best book and movie of the Harry Potter series. However, a list of her awesome books is here for you to check out.

1Harry Potter and The Philosopher’s Stone (1997)

Here is the beginning of the first series of Harry Potter novels. Harry Potter, has discovered that he is a wizard on his birthday. He has to go to Hogwarts School of Witchcraft and Wizardry right on his birthday. However, he doesn’t know that there are dangers that await him with every step he takes. The first book is the best to begin the series, many important characters are introduced to readers.

2Harry Potter and The Chamber of Secrets (1998)

In the second series, Harry has found out a secret chamber under his school, Hogwarts. There are more secrets than everyone expected, and that makes this book so interesting to read. The great part is Harry has found out that he has the ability to talk with a creature. If you haven’t read the book yet, read and find out what that creature is!

3Harry Potter and The Prisoner of Azkaban (1999)

Harry and his best friends are in their third year at Hogwarts, and troubles are yet to come. Who is the prisoner of Azkaban? What will he do to Harry? The answers are all in the book. There are several more characters come into the story, and things get even greater.

The Goblet of Fire is a tournament that requires students from each school to compete with each other. One student is chosen to represent each school, however, 2 are from Hogwarts: Harry and Cedric. There are 3 tasks, and the two contestants finally reached the final task together. Turned out, everything has planned by Voldemort, and he killed Cedric. The detail is in the book, you really should read it since this chapter is amazing.

Order of the Phoenix is the secret society that has formed to combat Voldemort. The great part is Harry realized that he and Voldemort can read each other’s thoughts. There are a lot of mysteries in this series, and the battle causes some deaths of great people, too.

This series begins with Harry being bullied by his cousins as always when they were attacked by dementors. To protect both of them, Harry uses his wand to drive the dementors away. Turns out he is underage which means he cannot use magic outside Hogwarts and the magic zone. What happens next is in the book, and you will find out who the half-blood prince is. If you haven’t read the book yet, the identity of the prince will surprise you. What happens Professor Dumbledore will also surprise you!

8Harry Potter and The Deathly Hallows (2007)

This is the final novel of the Harry Potter series, and Voldemort is finally defeated and killed. However, there are many struggles and fights before they succeed. There are twists and turns, but everything becomes peaceful in the end.

Harry Potter did not end, there is another book right here that relates to the novel. This book is in limited edition there are only 7 of them, and each is handwritten by the author herself. After the auction, the book was published for the general public and was one of the best children’s books.

Here is a story about crime fiction along with mysteries to investigate. A supermodel committed suicide in which the main character refused to believe. So, he goes through the case and finds more evidence to prove himself right. The main character is a detective, and he is the unique type you have never read about. Who is the killer? Or is she really committed suicide? You will only find answers in this book.