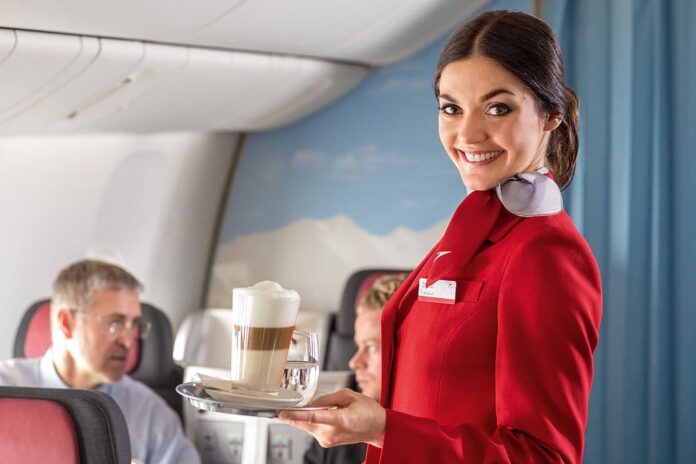 2Flight Attendants Are The Ones Who Keep Everyone Safe

Some rich passengers take flight attendants as waitresses and waiters in the sky, but that is only a small part of their job. Flight attendants know how to cope with people who are in different moods on the plane. There are babies that cry, elders who are nervous, and other passenger types that you can think of. They assist passengers and comfort them at their best to make sure that their journey is pleasant and satisfying for everyone.

3Flight Attendants Can Legally Use Tasers On Passengers

That only applies to some airlines where flight attendants can tase their passengers in some cases. If passengers are flipping out, breaking laws, or ignoring every attempt made by the airline staff, the flight attendants have legal permission to tase them. Bear in mind that a plane contains many passengers, and actions have to be taken if one or two among them are harmful to the others.

That means if the passengers are threatened by the behavior of one rogue troublemaker, tasing is one of the most effective ways. Flight attendants might have a slender body, but they are stronger than you think especially with tasers in their hands. So large and aggressive passengers who disrespect others deserve a little shock as a lesson.

As a matter of fact, it is illegal to disobey a crew member’s instructions on a plane. Refusing to settle down, using hate speech, or doing other inappropriate things is like giving permission to flight attendants to use their hard ways. Actually, every flight cabin is equipped with thick plastic zip-tie handcuffs or even actual handcuffs.

Flight attendants have the authority to cuff you and buckle you into a seat separately from other passengers. Not to mention they can also request the pilots to make an emergency landing to drop you off with the police. The good thing is such a case doesn’t happen too often.

5Flight Attendants Don’t Get Paid Until The Plane Takes Off

Some thought working as a flight attendant is paid a fixed salary like regular jobs, but actually, they’re not. Most if not all, flight attendants get paid for flight hours, not for boarding or deplaning. So coming 2 hours earlier or staying late a couple of hours more does not count in the payment. Some flights take just an hour or two, and that is the most unsatisfying trip to take.

We all hate flight delays, but flight attendants hate that even more than us. A long hours delay might bring you to a small trip around the airport to kill the time. As for flight attendants, they have to stay put and lose their sleeping time before their next flight during a flight delay. Apart from not being able to rest as planned, they still have to be on board and put a smile on their faces.

7Flight Attendants Go Through A Lot Of Training

It is not just about basic training that they have to smile all the time and serve food and drinks. All airlines have different training programs and requirements, especially in case of emergency. Most flight attendants will have to go through simulation training for turbulence, emergency landings, high jacking, fire, and more. Some flight attendants even go through a training course on how to deliver babies on board. Another cool thing is they also know how to unlock the airplane bathrooms from the outside.

8Tattoos Are Not On The Menu

9Teeth Have To Be White But Not Too White

Flight attendants smile a lot, and a bright smile is a big part of a flight attendant’s appearance. That is why bright, white, and healthy teeth framed in neatly-applied lipstick or lip gloss are par with the requirements. Good oral hygiene is a must, but airlines like Las Vegas-based Allegiance Air do not allow teeth bleaching because it is “Too White”.

10The Rules Are Strict

Flight attendants who are new to the job have to go through strict probation in their first six months. That includes grooming, shoe choice, hairstyle, lipstick shades, and clean nails, and flight attendants have to look their best in an appropriate way. Grooming standards are very necessary, and you will not get any benefits until the probation is off. Plus, certain mistakes can cost a job if a flight attendant does not do the right things during their probation period.

8 Toughest Bulletproof Cars That Are Super Safe To Ride