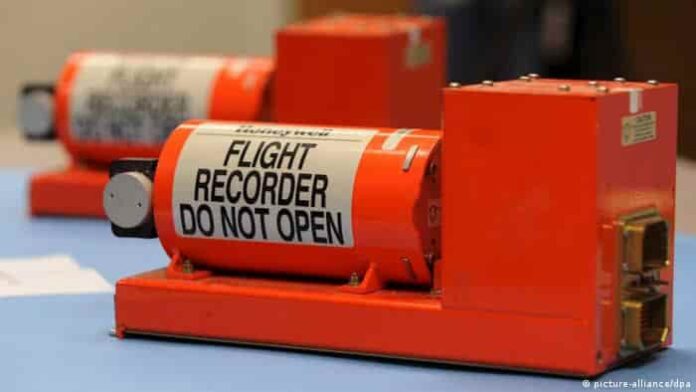 When an airplane crash occurs, the rescue teams always seek the black box in order to investigate the case further. The question is what is a black box, and why is it so important? The black box is neither black nor a box, it is actually a cylinder mounted on two large pieces of metal. A black box is an electronic recording device placed in an aircraft with the purpose of facilitating the investigation of aviation accidents and incidents. It is, in fact, bright orange in color, and it aids in the recovery after accidents.

In an aircraft, there are two different flight recorder devices including Flight Data Recorder (FDR) and Cockpit Voice Recorder (CVR). FDR preserves the recent history of the flight through the recording of dozens of parameters collected several times per second. While CVR preserves the recent history of the sounds in the cockpit including the pilots’ conversations. For more detail, let’s take a look at some interesting facts about the black box below.

It all began when Dr. David Warren’s father died in a Bass Strait plane crash in 1934. David was only 9 years old at the time, but he already had some ideas about the black box. This Australian inventor wanted to invent a unit that could record flight data and cockpit conversations in the early 1950s. He then wrote a memo for the Aeronautical Research Center in Melbourne called “A Device for Assisting Investigation into Aircraft Accidents.”

By 1956, he produced a prototype flight recorded called the ARL Flight Memory Unit. However, his history-changing invention did not get much attention until 5 years later. The UK and US units then eventually manufactured it. The special part is that Australia was the first country to make cockpit-voice recording mandatory after the 1960 crash of Trans Australia Airlines Flight 538.

Black boxes go through a whole sequence of survivability testing to withstand the condition after a plane crash. Those tests include: Crash Impact Test, Static Crush, Pierce Test, and Fire Test. That is not all, the testers also dropped a black box into a pressurized saltwater tank with water pressure at 20,000 ft below the surface.

As a matter of fact, FDRs are double wrapped in titanium or stainless steel which allows them to withstand atrocious conditions. They don’t melt, and they can go through whole harsher conditions than an average airline crash. No matter if you drop it from a great height, burn it, or submerge it in a pressurized water tank, this thing is virtually indestructible.

A black box is way easier to find if the plane crash is underwater because it keeps on signaling the rescue teams. On land, search parties only have the orange color as a visual beacon to find the black box. That is why some black boxes are never found because an on-land crash is difficult to detect. There were very rare cases where black boxes were found on land after accidents.

So Ping is a sound emitted by a device called the underwater locator beacon within the flight recorder. Ping helps the rescue teams to find it easier to detect if the aircraft is under the water. The best part is this underwater beacon emits a signal per second for up to 30 days before the battery runs out. The device can deliver signals from as deep as 14,000 ft underwater. If the black box is recovered from a water crash, it will be transported in a cooler so that nothing dries out or rusts.

5The Placement of the Black Box

Although the black box records data and voices from the cockpit, its place is actually in the tail-end of the aircraft. The tail of the aircraft is the most crash-resistant part that protects the box best. So how can a device at the very back of the plane record data and conversations from the cockpit? So, there is this Flight Data Acquisition Unit (FDAU) that acts as information central for all the flight data. It is located under the cockpit, and it sends all of the information to the black boxes. Since it is in the back, then the information is safe in the storage.

Easter: The Resurrection Of Jesus

7 Worst School Punishments You Will Hate To See

10 Best French Food That You Should Try

10 Best French Food That You Should Try