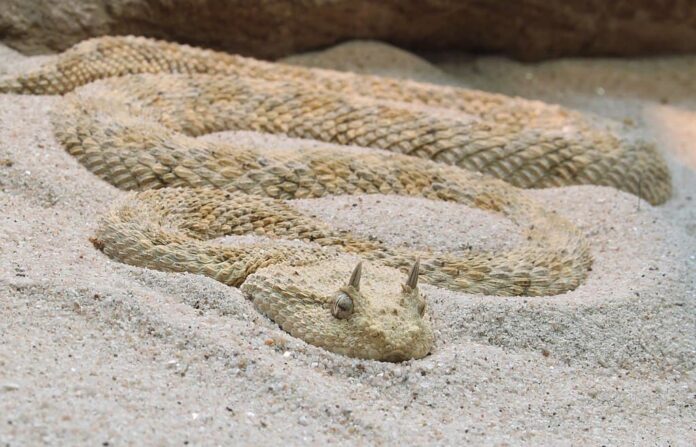 Desert, a place where life is possible yet less comfortable and safe due to many reasons. We are talking about the dangerous deserts around the world that require a lot of caution during the journey. With very few chances to spot the oasis, deserts are actually very dangerous places to dwell in. Dangerous deserts are the ones with bad weather conditions, full of venomous animals, and low chances of walking out. Get a glass of water and explore the 10 dangerous deserts with us below, let us know your thoughts.

So the temperature in this desert is very weird because it can turn from completely scorching heat to frosting at night. As a matter of fact, things made of plastic will corrode due to massive weather suspensions. Only some animals can survive in this extreme environment like deadly quicksand, red dunes, fluctuating temperatures of hot and cold, etc.

Speaking of animals, there are dangerous desert animals like snakes, scorpions, and ants whose bites can cause severe allergic. Oh, and there are spiders whose venom are super serious like comb-footed spiders, ground-hunting spiders, giant crab spiders, and wolf spiders. So if you want to go to this desert, be careful.

This one is actually the most dangerous deserts in the world, and it is also the driest desert on earth. The weird part is that this desert is rainless, and the ground is sterile which makes it a death zone for vegetation. Plus, the desert has absolutely extreme temperatures that can reach to 40 degrees Celsius. When it is super hot and dry, it is dangerous to be in because it is hard to breathe and live.

It is a large desert area in Northern China and Southern Mongolia that is known for its dinosaur fossil treasures. The dangerous thing about this desert is the rain shadow effect results from mountains that cover the clouds. You have heard of heat waves, but this desert has cold waves that can kill people during the winter seasons. The cold waves are the main things that make this desert among the most dangerous deserts in the world.

The temperature of these dinosaur graveyards can drop as low as -4o degrees, extremely cold of course. It is the cold desert with front and snow occurring on its dunes where people found the first dinosaur egg fossils. Apart from the harsh conditions, there are animals like snow leopards, brown bears, and wolves.

The name might have suggested you some ideas with the salt already, and here is what. Great Salt Lake Desert produces salt due to the evaporated water collected in the cavity formed in the desert. It is a large dry lake in northern Utah in the United States, and people have gone on expeditions there. Some succeeded, some didn’t; and those who didn’t ended up losing their lives.

A large proportion of the Salt Lake Desert is used by the military with weapons testing in the last 40 years. Just like most deserts, this one is cool during the winter with the temperature as low as -32 degrees in December. Based on everything, this desert is definitely not the place to go camping on holidays.

Karakum Desert aka Gates of Hell is a desert with oil deposits in the underground cavity. Because of the presence of methane gas in the crater, there is a continuous fire there. The underground cavity with dangerous gases like that could probably spread to nearby places which is not safe at all. It is dangerous there but the desert is a major tourist attraction with hundreds of visitors arriving each year.

The main thing that makes this desert dangerous is the extremely hot weather condition that we shouldn’t experience. It is the arid rain-shadow desert where mountains block the passage of rain-producing weather. That makes this desert the driest desert in North America yet the smallest desert in the particular continent. The temperature of this desert is very extreme where winter months bring comfortable daytime temperatures while heat dominates in summer.

Has been in the world for some 43 million years, Namib is the oldest desert in the world. Namib means Vast, and that clearly explains the fact that this desert stretches for 1,600km along Namibia’s coast. There are two animals that you should be cautious of when you are in the desert: snakes and scorpions. Snakes and scorpions pose a lot of dangers to campers, and this desert is the home to those two. In summer, the temperature exceeds 45 degrees while it is freezing at night.

Here we have the largest hot desert in the world aka the world’s largest low-latitude hot desert. The good thing is that the sky is usually clear above the desert but the sunshine duration is extremely high. By high, it is everywhere in the Sahara desert which makes it extremely hot. As for the rainfall, it is very low or even non-exist all over the central and eastern parts.

When you are in a desert this big, super hot climate is not the only thing that you will face. From small to big, any animals in the desert can definitely harm you at any level. There are many dangerous animals in the Sahara desert including Saharan silver ants, deathstalker scorpions, sand vipers, desert crocodiles, ostrich, hyrax, etc. So always be cautious, and never spend your expedition alone in this dangerous deserts like this one.

Some may wonder why the area covered with ice instead of sand is a desert. A desert is a landscape or region that receives very little precipitation which is why Antarctica counts. The weather is already very dangerous since it is the coldest place on our planet. Sunburn can happen there as well as the ultraviolet light is reflected by the snow and ice.

When it is extremely cold, frostbite will be the first thing that you will have. When that happens, your body stops pumping blood to other parts of the body. So the body tries to conserve warmth which means no oxygen is reaching the parts of your body. Apart from the weather, you will face leopard seals which are one of the most dangerous animals. Not everyone can stay there for long, and you should wear super thick clothes if you go there.