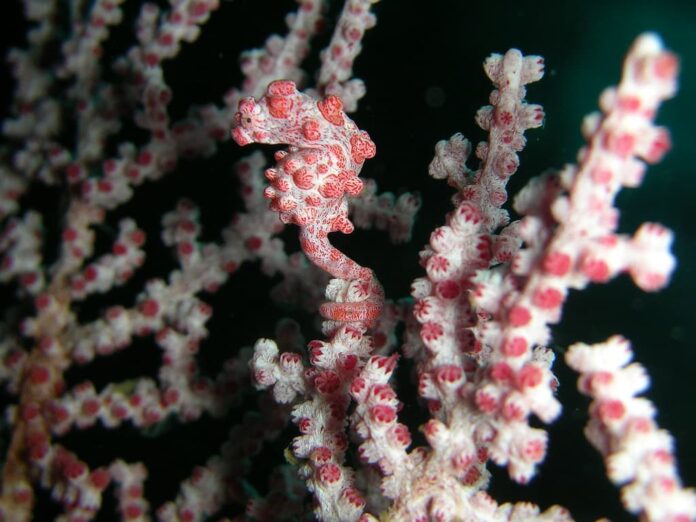 We all know that chameleon is the best among the animals that can change colors in the animal kingdom. The thing is that there are many other animals out there that are also capable of changing colors as well. From the ones that are on land to those in the water, these skillful creatures are great creations of mother nature. Some are not only able to change color but also their shapes, how cool is that right? If you want to know more about the other animals that can change colors, feel free to check them out below.

This undersea creature is one of the animals that can change colors which they use as a defense mechanism. Such coloration changing allows them to camouflage themselves into the environment so that they can hide from predators. Cuttlefish is in the class of cephalopods which means it has a big head and they are tentacled mollusk. That makes them the masters of camouflage. You can find them throughout the world’s oceans, and there are more than 100 species of cuttlefish in the world.

These cephalopods have millions of pigment cells which allow them to change their color easily in accordance with their surroundings. According to scientists, they can look at their surroundings and then decide what color or pattern they need to change. The awesome thing is that they can be completely invisible on the seafloor, and that is how they protect themselves from their predators. In case their color changing doesn’t work, they will use some kind of ink at the last moment.

When it comes to adapting to different habitats, flounder is the perfect example of this case. Their original color is brown with different markings, and they can easily alter their body color depending on their habitats. Those markings allow them to change their colors to match their surroundings within 5 to 8 seconds. Once a flounder reaches a new habitat, its body will use the light received through the retina to detect the surface’s color. Then its body will release different pigments to the skill cells to turn into the color of the new habitat. They usually remain motionless on the seafloor and blend in with the surroundings, then they make surprise attacks on prey. This fish only hunts at night which makes them hard to detect by potential predators like sharks and eels.

Even the teeny tiny creatures strive to live, and that is why they are gifted with the ability to change colors. The Golden Tortoise Beetles aka the Golden Bugs are tiny insects native to North America. The special part about them is that they are capable of changing color to brilliant goldish orange rapidly when threatened. It takes them about a few minutes to do so, and the color changing makes them look like poisonous insects. If you are our regular readers, you know that bright colors nature means “I am dangerous”. And that is what this little insect tries to portray via their color. That allows them to surprise their predators before they make an escape and continue their lives.

Fun Fact: The Golden Bugs change their color by controlling the fluid flow through the channel under the shell.

Found in swamps, woodlands, parks, yards, and other humid and forested areas, green anoles are one of the animals that can change colors. Just like their name suggested, the color of this lizard is brightly green. When needed, they can easily change the color to brown, yellow, or gray depending on their mood, temperature, and humidity. This lizard species spend most of its time in the trees, and they bask in the sun when they don’t hunt. The interesting thing is that green anoles are territorial animals, and the males occupy 3 square yards of territory. These lizards make no sound, and they have sticky feet that help them to climb on and cling to almost anything.

Fun Fact: Young green anoles are left on their own from the moment of birth.

The name already suggests what this octopus species can do, not only change colors but also mimic other animals as well. You can find them in the Indo-Pacific region, and they have the ability to mimic different sea animals like snakes, stingrays, and jellyfish. They do so not just by their color changing but also by their body movement characteristics. The coolest part is that they can even take the color off the animal which they want to mimic. While some other times, they use the color-changing technique to blend with the surroundings in order to avoid predators and to catch prey. They are intelligent enough to know what type of animals they should mimic to ward off their predators.

Fun Fact: If no other food sources are available, mimic octopuses will eat each other.

This frog species comes in many different colors like green, tan, red, brown, and green naturally. However, they can also change their color based on their surroundings as well to defend themselves. Being one of the animals that can change colors, it takes them only about 1 to 2 minutes to switch colors. By changing colors, their predators like snakes and birds will not spot them immediately at all. The Pacific Tree Frogs inhabit small ponds, woodlands, and grasslands on the West Coast of North America. These frogs have sticky toe-pads that help them to easily grip and climb on plants and tree branches.

Fun Fact: Despite the fact that they are great climbers, they usually stay very close to the ground.

With the weird and slow way of swimming in the water, seahorses definitely need a method to defend themselves from predators. That is why they are here because seahorses are among the animals that can change colors. These horse-looking fish are able to change their colors, textures, and patterns easily depending on their background. In dangerous situations, seahorses are able to change color within seconds to camouflage and escape from predators. In addition to that, seahorses usually swim upright and they mimic the color of underwater plants to avoid being eaten. Speaking of predators, seahorses are only prey to crabs and a few other marine animals because they are too bony and indigestible.

Fun Fact: Seahorses have no teeth and stomach, so food passes through their digestive system so quickly. That means they must eat almost constantly to stay alive.

Also known as flower spiders, these crawlies are patient predators that wait on the leaves for their next meal. This spider species usually hunt and eat insects that visit flowers to feed on nectar especially honeybees, butterflies, and flies. The female crab spiders will quickly change color from white to yellow, and more slowly from yellow to white. The color-changing process is to match the petals of flowers while they hunt pollinators that are near their flowers. The spiders grab their prey with their front legs before they deliver the deadly dose of venom using their slender fangs. Some insects learned to avoid certain kinds of flowers that crab spiders often use as deadly traps.

Fun Fact: Female crab spiders guard their eggs for three weeks until they hatch. They don’t eat during this period, so the female dies out of exhaustion shortly after the hatching.