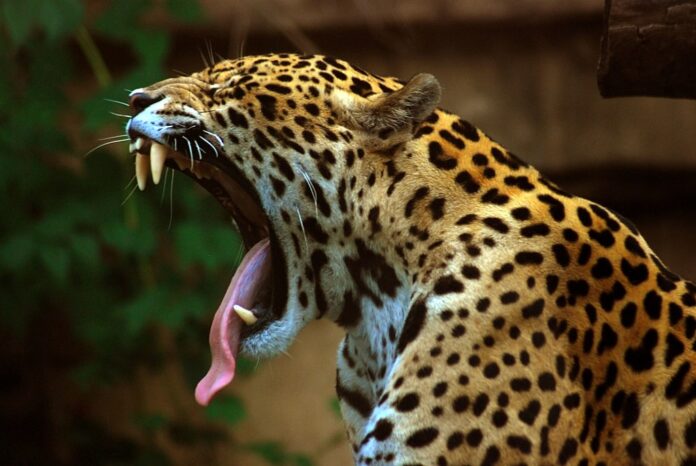 Losing a limb is not a pleasant experience, which is why you should avoid getting close to animals with the strongest bites. Bear in mind that animals are not afraid to attack us humans when they are hungry or nervous. Plus with their strong and sharp teeth, the victims don’t usually make it out alive. PSI (Pressure Per Square Inch) is the measure of the strength of the bites of the animals. The larger the number, the stronger the bite. So let’s find out with us and see what those animals with the strongest bites are.

Here we have the king of the jungle that most animals fear in the animal kingdom. This large predator is not any different from most big cats of their kind, they always aim for the throat. Then, they strangle or suffocate their victims within 30 seconds by crushing the trachea (windpipe). Lions can hunt at any time of the day, but they usually hunt for large prey at night.

There was one case when a lion bit off the arm of a British tourist at a Spanish animal sanctuary. She was stroking it and putting her hand in its mouth, and the lioness named Marta ripped her arm off from the elbow. There is an estimated range from 20 to 250 deaths of humans caused by lions so far. This large predator is always up to attack, so stay cautious when one is around.

Being the biggest species of the cat family, tiger is a very skillful hunter with great bite force. Just like lions, tigers also go for the throat but with stronger bites which kills their prey even faster. With such a strong bite, there is no doubt why tigers hunt solo while lions hunt in packs. Tigers are also one dangerous animals that are very close to humans, and very deadly to us humans as well. Some trainers who play with their tigers also used to face some serious damage, and there are a few cases of that.

Roy Horn was the victim of the most famous tiger attack in the show that involved this big cat. He was in his show when Montecore the tiger attacked him during a performance in front of many audience. Some experts claimed that after Horn accidentally tripped, Montecore was only trying to help by using his maw. Yes, using his maw to grip the man by the throat and drag him off-stage. The help from the tiger ended Roy’s career and almost ended his life.

Hyena is one of the animals with the strongest bites in the animal kingdom, and they are also very dangerous. Of course, they are just scavengers but they also need strong jaws to get to the marrow inside the bones lions left. Observers have seen hyenas killing dogs with just a single bite to the neck, a similar hunting style to big cats. As a matter of fact, hyenas are more closely related to cats although they look like dogs. Hyenas do hunt, except they prefer the leftovers sometimes when they see one.

We know that aggressive animals are the ones to avoid, let alone the large size and strong bites like grizzly bears. Grizzly bears are omnivores, and they mostly feed on berries and nuts. When they hunt or defend themselves, their powerful jaws allow them to protect themselves from wolves and other intruders easily.

The good thing is that grizzly bears don’t normally attack humans first unless provoked or threatened. Female grizzly bears are usually very aggressive when they have young cubs with them. They are not afraid to slap you with their large paw if you get close to their cubs. Sometimes grizzly bears do follow humans, but only after the food that we carry or have.

Despite the fact that they are vegetarians, gorilla is also among the animals with the strongest bites as well. Their jaws and neck muscles need to be strong so that they can chew hard plants like bamboo with ease. People see them as scary monsters because gorillas are big in size and they have strong arms and canine teeth. In fact, there is no record of any gorilla who attack first humans at all except for defensive purposes. Gorillas tend to be gentle creatures, and they pose no threat to humans at all in spite of those teeth.

Herbivores that chase after humans, hippopotamus is the only star in this category. Hippopotamus is one of the most feared animals in Africa, and those teeth explain everything so well. It is true that hippos’ diet mainly consists of plants, but these animals are also highly territorial and aggressive. It has been known to knock over small boats and attack the crew, and chase people on land sometimes.

If you look closely, into the images, of course, you can tell that their canines and incisors are huge. Plus, their huge mouths are their main form of defense as it is capable of cutting a crocodile in half. That mouth can also impale a lion or reduce a human into floppy and bloody fragments. Not to mention their reputation for killing more people a year than any other animal on the African continent. Hippopotamus is something to stay away from, as far as possible.

Among other members of the cat family, jaguars are the ones with the strongest bites. That makes bites from them cause you to shriek a little bit louder compared to lions or tigers. The bite from a jaguar is strong enough to crush the skill of its unfortunate prey and penetrate all the way to its brain.

On top of that, a jaguar has robust jaw muscles that allow it to drag the carcass of a 200-pound tapir. Through and out of the water, and high up into the branches of trees where the meal is served. Jaguars might not be the biggest, strongest, or deadliest killers in their family. But when it comes to biting, jaguars always own the spot.

Those teeth can already tell that the force from the bite is not anywhere comfortable to tolerate the scream. This type of alligator usually eats fish, birds, turtles, and even dogs and deer as well as other mammals. As you can see, their bite force is 2125 PSI; but there are larger alligators so the force could be higher. Their teeth are designed to grip prey, and of course, to bite through a turtle’s shell or medium-sized mammal bones. There have been records of American alligators killing people every year, and they can easily amputate a limb if they didn’t kill you.

Being bitten by a crocodile is just like going to sleep, in a blender. Saltwater crocodiles are one of the biggest crocodiles in their family with super strong bites and jaws. Northern African saltwater crocodile has the strongest bites of any living animal on earth. That is because the bite is strong enough to snag a zebra or antelope by the hoof into the water.

You can find them from eastern India to southeast Asia and northern Australia, and they attack and eat anything they can bite. Their diet consists of water buffalo, fish, land mammals, and even sharks. These saltwater crocodiles are responsible for more attacks on humans than any other crocs. Funny as it may sound, the muscles to open their jaws are too weak you can shut them with a few rolls of duct tape.

This is the predator that has a similar force bite to our previous monster the saltwater crocodile. In the water, this species is an agile and rapid hunter relying on both movement and pressure sensors to catch any prey. Out of the water, Nile crocodiles rely entirely on their limbs as it gallops on solid ground to chase prey. Their teeth are not for tearing up flesh but to sink deep into it and hold on to the prey. The strong bite force of the Nile crocodile is to ensure that the prey cannot escape through the grip. So no matter what you do, don’t go anywhere near the habitat of these crocs.