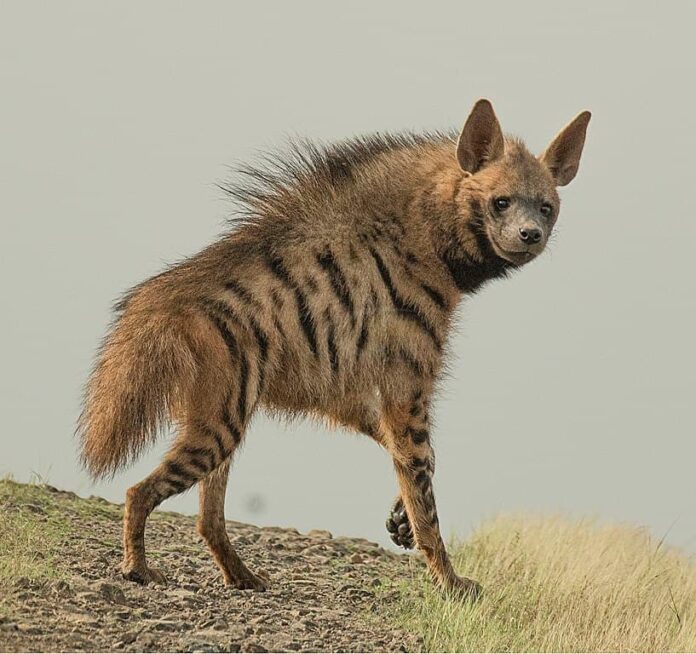 There are many ways for animals to interact in the wild, and long distance calls or vocal communication is one of them. This unique gift of vocal allows the animals to ask for help, declare territory, look for mates, signal dangers, and more. Vocal communication is common among primates, but there are many animals out there that do the same. We are going to dig into some of the animals with long distance calls today, so check them out.

No matter if it is animals or humans, a lion’s roar always sends a chill down the spines of other living beings. The thing that you should know about the king of the jungle is that their vocalization is more than just roaring. A lion can make a variety of sounds such as grunts, hums, meows, moans, purrs, roars, and snarls. However, a male lion’s roar is the loudest and most fearsome of them all which can be heard 8 kilometers across the savannah.

So why do lions roar? A lion roars to show dominance over the territory and to warn other animals from entering its range. Female lions also roar, but it is not as loud as the males. Lioness roars to attract males, protect the cubs, and warn her cubs of predators. When hunting, lions also roar to alert potential prey and ward off rivals. As for other sounds, those are mainly for communication between lions without giving away their location to make hunting more successful.

Living in a small group of about 8 individuals, Campbell monkeys are sociable and territorial monkey species. The adult male Campbell monkeys have 6 types of calls in total, each of which has its specific meaning. Each call is like a word of their own language to warn other monkeys of the dangers around them. Those alert calls help the other members to be aware of 3 predators which are leopards, martial eagles, and snakes. The interesting thing is that the dominant male often climbs to a perch and issues a series of booms around dawn and dusk. Those booms of vocal communication reach up to one kilometer or further, and other males then join in. This is more of an inter-species territorial calling which is part of their rituals in the wild.

Tongue is not the only thing that crocodiles don’t have, vocal cords are also absent in these dangerous reptiles. However, crocodiles are able to bellow, cough, grow, hiss, scream, or snort which they use as part of their vocal communication. The long distance calls that they make can be indications to other individuals about threats, distress signals, or seduction. That way, crocodiles are able to alert others about danger and convey other information from the distance. Sometimes they use specific noise to display territorial as part of their aggressive behavior towards same-sex crocodiles.

We all know the sound of an elephant, and most people describe it as trumpet-like. But there is more than that, elephants use a wide array of sounds in their vocal communication. The most common sound or long distance calls that elephants make are rumbling and trumpeting. Rumbling is a regular form of their communication while trumpeting is used when an elephant is excited, highly stimulated, or playful.

Elephants produce social rumbling when they are upset especially when a member of their herd passed away. Sometimes they trumpet when they are angry, lost, or surprised. A short trumpet blast is an alert to the herd of a nearby lion, and a long trumpet is to warn everybody about their marching. One high-pitched trumpet is loud enough to scare a lion away, and it can be heard at a long distance. Besides the two common sounds, elephants also bark, grunt, roar, snort, and imitate other sounds.

Gibbons are very vocal animals, and a family typically sings their territorial song in the morning and other times of the day. The singing is to announce their borders to other groups of gibbons nearby and to create social bonding with others. At the same time, those loud long distance calls are also the response to specific events such as foraging and neighbor encountering. While other times, gibbons use their calls to alert or warn others of predators nearby. All of the calls are hoo hoo sounds, and female calls are lower in frequency than male ones.

By the name, you can already tell that howler monkeys use vocal communication in their daily life. In fact, these monkeys are famous for that since they have one of the loudest calls in the animal kingdom. The call that a howler monkey makes can travel up to more than two miles. Not different from gibbons, howler monkeys live in small troops and make a chorus of calls in the morning. The purposes of their call are also quite similar, and one of them is to declare their territory. Simply put, the howling that they make is to warn other monkeys to stay away from their feeding trees. Along with that, those calls also play a part in alarming others when there are dangers or predators.

Animals that can giggle and laugh are not so common, and that is why hyenas are one fascinating creatures. The ability to use different sounds as vocal communication indicates that hyenas are extremely intelligent. Each sound among 14 or more sounds that they make expresses their mood and signals to members of the clan. There are 3 main sounds which are laughing, lowing, and whooping.

The high-pitched laugh resembles a human laughing hysterically, and it can be heard for 8 miles. Those hee-hee-hee sounds (don’t say it like MJ) actually indicate that they are being attacked, chased, or threatened, not them being happy. As for the lowing, it is similar to a cow’s moo, and it signals that they are hunting. With a similar purpose to lowing, loud whooping during the hunt is the call in reinforcements. Hyenas usually hunt in groups to take down predators, this call is so common.

Fun Fact: As cunning and smart animals, hyenas also “lie” to each other. Sometimes they use distress calls (warning of predators) when there is food that they don’t want to share. That way, they will be able to enjoy their food without having to deal with other hyenas.

Traveling with hundreds of members in one colony, penguins can recognize each other by using vocalization. Because their calls are individually identifiable, these flightless birds are able to differentiate their mates and chicks from the others easily. Apart from having unique sounds in each individual, penguins can produce a wide range of vocalizations in different situations. Generally, there are 3 main types of penguin calls which are: contact call, display call, and threat call.

Penguins use contact calls to distinguish other members in the colony, and they can be heard up to one kilometer away. The second type of call is the most complex, and it is understandable between partners. Penguins use display calls to transmit recognition, sexual, and territorial information to one another. The last call is very simple to understand, and its purpose is to defend a territory or warn the colony about predators.

The interesting thing about vervet monkeys is that these primates have specific alarm calls for different predators. There are 4 main predators, and each call signals a danger from baboons, eagles, leopards, and pythons. As a response, other monkeys show specific avoidance behavior towards each call. Apart from those 4 calls, vervet monkeys can also make various calls for other intruders including humans, flight predators, and land predators. On top of that, mothers can recognize their own babies with just a scream.

All whale species use vocalizations to communicate, and they make 3 types of sound including clicks, pulsed calls, and whistles. Whales use clicks to identify and navigate the characteristics or shapes of their physical surroundings. When the sound waves they make bounce off of an object, they return to the whales. This is how they can tell what is waiting ahead and whether or not it is friends or predators. As for the other two sounds, they are used during social activities between different pods within the same whale population.

On top of that, whales use their fins and tails to make loud slapping noises on the water’s surface. This is also a form of communication that can be heard from hundreds of meters below the surface. It may also be a tool to scare schools of fish during the whale’s feeding or warning signs of aggression. Among all animal species, blue whales have the loudest call on Earth with up to 188 decibels. Because some whales are solitary animals, these loud calls help them to attract mates from hundreds of miles away.

Aquatic Arachnids: 8 Water Spiders That Can Walk On Water