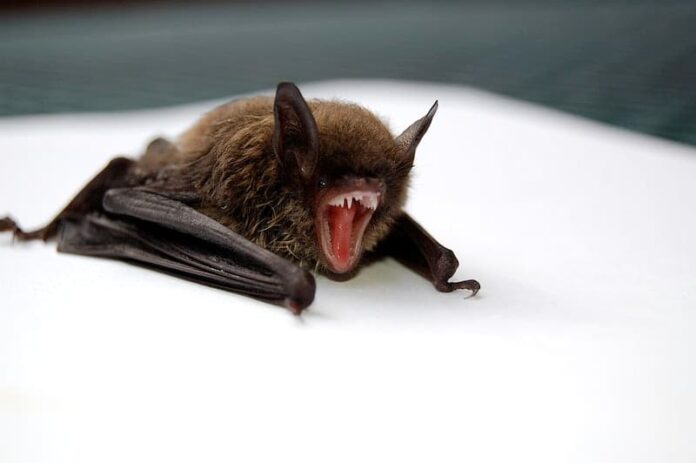 Bats have been the center of attention since 2020, and things about them keep on coming. Ugly bats are going to be the next topic that we are going to discuss today, and you might not like it. There are over 1,400 bat species in the world, and a majority of them are not pretty. You will find 14 (probably) ugliest bats in our list below, so let’s see which one you think is the most interesting.

The best description of this creature is “a dog with wings”, and it matches perfectly with its weird appearance. This African fruit bat species has a large head and a snout with large lips that make it look like a dog. The Buettikofer’s epauletted fruit bats are found in Ghana, Guinea, Guinea-Bissau, Ivory Coast, Liberia, Nigeria, Senegal, and Sierra Leone. Feeding on fruits, these bats prefer to live in areas where their meal is abundant. Their natural habitats are in dry savanna, moist savanna, and tropical or subtropical moist lowland forests. Because of their unique appearance and harmless nature, some people even have them as pets. This one is probably the least unpleasant to look at among other ugly bats on the list.

Now what is this? Bats with a mohawk? You might have seen beautiful birds with majestic crests, but the crest on this bat is more like the opposite. This crest of hair is small and less colorful in females but 3 times larger and more colorful in males. Thanks to this unique feature, it is not difficult to recognize one of these. The Chapin’s free-tailed bats are small bat species that are native to central and southern Africa. Their natural habitats are moist savanna, river valleys, and woodland. As insectivores, these bats feed on various insects in flight.

With the combination of wart-like bumps on the lips and muzzle, this is without a doubt among the ugly bats. Plus with the nose-leaf with serrated edges, fringe-lipped bat is somehow quite painful to look at. Appearance aside, the habit and life of this bat species are actually very fascinating. First of all, these bats are excellent frog hunters, especially during frog mating season. Their hearing ability allows them to detect even the silent and motionless prey around them to make hunting easier. More than that, these bats can also consume poisonous prey thanks to the salivary glands that neutralize the toxins. Apart from frogs, fringe-lipped bats also feed on lizards, other bats, and even hummingbirds.

The name says it all, and that is from the unusual “smashing” face of this bat species. Being one of the ugly bats, the nose of this bat is not well-developed while its forehead rises from its nose. Also, the eyes of a ghost-faced bat are so small it appears that they are in the ears. Plus with the very thick dermis and muscle fibers on the face, it is quite confusing to look at them at first. Ghost-faced bats prefer to live in arid, humid, and semi-arid areas, and they are sensitive to temperatures under 10 degrees Celsius. If the temperature goes lower than that, they will die of hypothermia within a few hours. As for hunting, they use echolocation so they are able to catch insects even in the dark.

Here you are looking at one of the megabat species whose appearance is similar to that of a Buettikofer’s Epauletted bat. Instead of looking like a dog, this bat has large resonating chambers on its face that resemble a hammer. Hammer-headed bats have enormous lips and fox-like faces along with smooth dark brown fur and a pale mantle. In addition to the large resonating chambers, these bats have a huge larynx that allows them to produce loud honking sounds at night. Despite their large size, these fascinating bats are frugivores so they feed on fruits, especially figs. Touching them is not recommended due to the fact that it is a potential reservoir of the Ebola virus. Even so, hammer-headed bats are still hunted for meat in the Democratic Republic of the Congo and Nigeria.

Distinct nose leaves and tail-less, the little yellow-shouldered bats are one of a kind. This is one of the bat species that have fangs who prefer to roost alone in their natural habitats. The little yellow-shouldered bats are native to Central and South America, and they are frugivores who feed on fruits, insects, and pollen. This species occurs in various types of habitats including humid and semi-arid forests, open areas, tropical and subtropical areas, etc. During the day, they roost in the lower levels of tree cavities and they go hunting at night.

My list of ugly bats is incomplete without the presence of Pendlebury’s roundleaf bats, and you know why. The nose-leaf of this bat is small so it does not cover the muzzle of the bat at all. There are 4 lateral leaflets, and the outer one is very small. As for the body of this large bat, it is normal in appearance with dark brown fur. This species is found in forests, limestone karst areas, open spaces, and vegetation near caves in Thailand.

Small eyes and thick fur, the Papillose woolly bat looks as if it does not possess eyes from the side. This bat species is rather small with brown fur on top and lighter brown fur on the bottom. Sometimes, these bats also have white hair on their foot which makes their appearance quite easy to distinguish. The special feature of this bat is the hairless interfemoral membrane structure that allows it to glide during the flight. More than that, these bats have pointed and strong teeth that help them to crush exoskeleton insects when they feed. Papillose woolly bats roost in tree hollows either alone within a group of up to 14. They are found in deciduous forests and lowlands in Southeast Asia and parts of India.

Looking rather graceful, tube-nosed fruit bats are still among the ugly bats because of their nose structure. The nostrils of this bat species are elongated with a Y-shape that measures up to 6 mm in length. Another interesting thing about them is their coloration, brown and yellow. Their ears, nose, and wings are covered in both colors, and that make an excellent camouflage when they roost. Since they are fruit bats, these flying creatures feed on a wide range of small fruits, especially figs. The tube-nosed fruit bats occur in various habitats such as agricultural areas, hill forests, lowland forests, montane forests, and swamp forests.

As a close relative to white-shouldered bats and wrinkle-faced bats, who are ugly bats, this one is also not pretty. This species received its name from the “visor” on its face, and no other bat species have this unique structure. Another special feature is the large fold of skin on its neck that it “pulls up over the face” like a mask. Only the male visored bat has this skin while the female’s is smaller, and it uses this skin when sleeping. Apart from that, their large triangular ears and large eyes make them quite easy to recognize.

Could be some sort of unicorn’s relative or a messenger straight from the devil, the appearance of this bat is intimidating. The thing on its nose is not a horn, it is actually the nose-leaf that is fused to the upper lip. Another feature that we all can notice right away is the large pair of ears with rounded margins. These large ears are very helpful, and they help the bats to locate their prey during flight. Speaking of prey, white-throat round-eared bats feed on insects, fruits, and pollen. This species is native to Central America and the northern half of South America, usually in forest clearings and over agricultural lands.

Amongst the ugly bats, this one is quite the most fascinating with both its appearance and behavior. The wrinkle-faced bats have hairless faces with wrinkly and folded outgrowths of the skin. The longer you look at this face, the more uncomfortable you will get. Fortunately, these bats have additional skin folds around their neck that they use as a face mask; literally. During mating season, the males would put on their masks and chirp their ultrasonic songs while twiddling their wings. The masks will be still on after the courtship during the mating. Another interesting thing is that these bats have storage pouches in their mouths that they use to store fruit. Since they also feed on insects, wrinkle-faced bats have the strongest biting force relative to their size.

From a distance, a wrinkle-lipped bat looks okay. Zoom in a little closer, and holy moly! The name definitely does justice to this master of colony builder in Cambodia. This bat species has soft and dense fur, with dark brown on the dorsal and slight white on the ventral fur tip. Its distinct features are several vertical wrinkles aligning on each side of the bat’s lip. This is why this species is one of the ugly bats. The wings of these bats are very long and narrow, allowing them to fly rapidly. Wrinkle-lipped bats have a wide range across multiple countries and regions in South Asia and Southeast Asia. Just like some bats species, the population of this one is also threatened by over-harvesting for bushmeat and habitat loss.