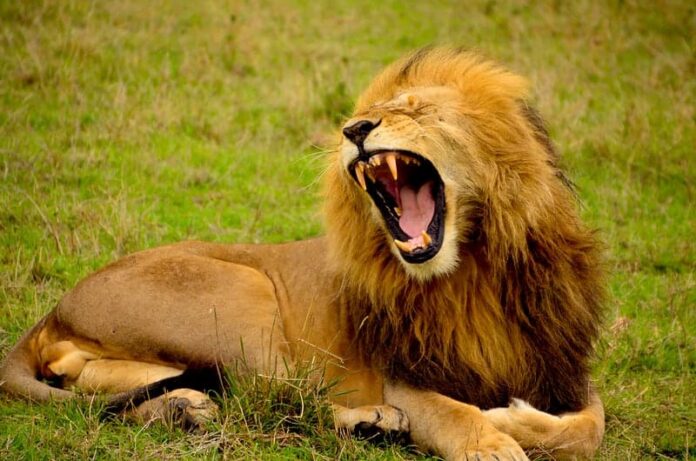 Have you ever wondered what are the animals that can make sound with the highest volume out there? You might have known that whales are the loudest animals in the world, but there are more. Whales are the kings of volume when it comes to mammals and the ocean kingdom. But on land, there are also animals that are loud enough to catch your attention as well.

Here you will find more interesting animals with loud sound production. One of them has a very funny name. Let’s find out!!!

I mean since when shrimps can make a sound? No, they don’t make any sound. But tiger pistol shrimps are unique animals that have powerful claws. These claws can shoot jets of water at very high speeds that it creates air bubble. Impressive? Not yet. When this air bubble implodes, it produces a shock wave that kills any fish in the range of 2 meters. This bubble also creates 200 dB of sound as well, and it is even louder than a gunshot! The interesting part is the bubble implosion creates a temperature that causes a flash of light every time the shrimp shoots. Is it a super shrimp or what -.-

It really looks like a bulldog! So bulldogs communicate through this sound known as echolocation. This echolocation can reach 140 dB, and it can track the movement of fish in the water. Bulldog bats are great at fishing at this point. However, the echolocation is loud for them but not for humans. Echolocation is in the ultrasonic range which is about 20 kHz to 200 kHz only.

Look like a parrot, the kakapo is special for its fame as the loudest birds. They can’t fly actually, but at least they have the gifted sound. A kakapo’s mating calls can reach up to 132 dB, and guess what, it covers 4 miles. Since the mating call is this loud, no kakapo is single I believe 😀

So male elephant seals are not different from other animals, they produce loud sounds to attract females. The louder the sound, the more attractive they become. The sound also chases other males away from competing with them as well. So if they’re loud enough, they’ll get a mate!

In the insect kingdom, no insects can beat greengrocer cicada. Cicadas have special abdomens that can produce beautiful sounds. It is a music that they sing to attract mates in which reaches 120 dB. They also sing in groups as well to confuse birds and other predators.

So elephants make that trumpeting sound from their trunk, and it is as loud as 117 dB. The great part is you still can hear an elephant from 10 miles away when they make that sound. Elephants do the amazing trumpeting sound when they are angry, distressed, and excited.

The king of the jungle has a powerful roar that can be heard 5 miles away. Their roar is so powerful it helps them define their territory. Lions also use their roars to scare rival males and other enemies as well. The great thing is lions use roars to communicate with each other in their pride as well. Just so you know, a pride of lions can have huge territory up to 160 square miles. That means they don’t have to travel to make sure the territory is covered. They roar!

Hippos produce a sound that is similar to loud grunts which are as loud as 114 dB. These loud noises are for communication among other hippos. The grunts that make are also a warning to chase predators away as well.

And here is one of the lions’ worst enemies. Well, some of them killed lions sometimes actually. Instead of roaring, the hyena giggles. And their giggles and whooping noises are as loud as 112 dB. We, humans, giggle when we’re happy. However, hyenas giggle when threatened.

Here you are, the animal with a funny name. That is a nickname actually, their real name is Boatman. So how did they get the nickname? Well, boatman sings, and they create their songs by rubbing their penis against their belly. Only 105 dB, why on the list? That is because the boatman produces a very loud sound compared to its 0.07 body size. Their size is as small as a grain of rice, but their sound can be heard if you’re not too far.

Grey wolves are famous for their amazing howls. Just like lions, grey wolves’ packs have great territory up to 50 miles. So they howl to communicate, assemble the pack, and establish their territory.

10 Deadliest Insects In The World That Can Kill You