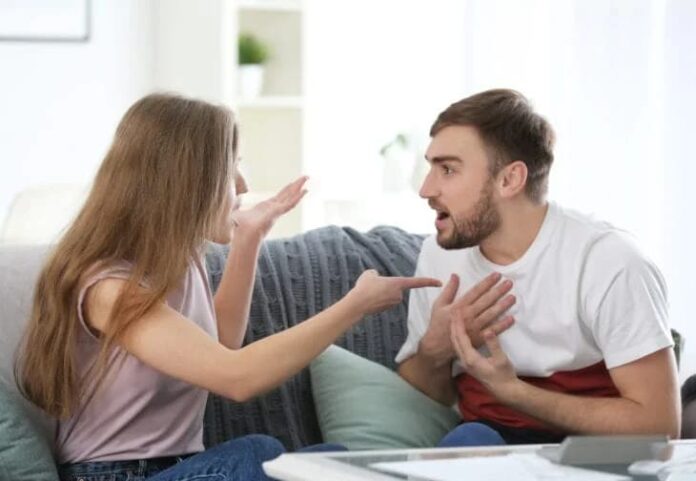 What do you think are the common things couples fight about in a relationship every day? As couples, there are a lot of fights going around in the house, over the phone call, and even texts. Well, some are reasonable while the others are so off the limits that it becomes silly. Being in a relationship is wonderful, but there are times when we fight over stupid things. Let’s see what those fights are and find out whether men or women cause the fights. Women are always right though, so it is automatically men who create those dumb reasons to fight. Kidding!!!

There is no explanation for this, you all know why. No one likes waiting, especially on special occasions. Try to be on time if you don’t want to see a grumpy face.

We all have a child’s heart that favors us in silly funny things. And that sucks when our loved one ignores it. That is why you need to pay extra attention in your relationship if you want to avoid silly fights. Embrace the silly things!

Now this is the silly thing, there are times when people are busy or not reaching for the phone quick enough. Gentlemen, if you missed a woman’s call, you have tons of questions to answer. And things seem to not happen the same way to men at all which is cool about them.

4Not Acting Close Enough In Public

Many people think you don’t love them as much as they love you because you don’t act close in public. If your partner reaches for your hand, hold his/her hand. Don’t brush them off, this can cause a big fight when you get home. If you don’t want to be close in public, then don’t go out at all to avoid this.

5Not Doing Things You Said You Would Do Weeks Ago

Sounds okay, but not okay. If you said you would do something for someone, do it. Don’t delay it because you can, and try to not forget it. You wouldn’t want to have a fight because of not doing what you have said, would cha?

6Not Paying Attention To The Conversation

Whether or not the topic is not interesting, not paying attention is a major problem. Who wants to be ignored while talking alone like an idiot? Yup, give some minutes of attention or it will become a fight, as usual. And don’t pretend that you’re listening, that doesn’t work most of the time.

How does it feel like to show something cool to you someone, and they went “meh” to you? To women, that means you don’t care which makes us mad. There you go, show some enthusiasm won’t cost anything.

8Promising To Clean Up Yet Sit Around All Day

None of us like to be with someone who doesn’t help sharing the chores, do we? More than that, if you said you would clean, please clean. Don’t just sit around all day doing nothing but playing video games or watching TV when you promised to do something. Fighting ain’t fun, we all know that.

When the text takes longer than a minute or two to reply to, women started to generate data in their minds. “Is he with someone else?’” “Is he ignoring me?” “What takes so long to reply?” “He must be with someone.” “OMG HE’S CHEATING ON ME!!!!!”, and on and on and on. You have to be a ninja with your phone when you date someone!

11Spending Money On Useless Stuff Then Complaining About Being Broke

Sounds like what a woman would do, but there’s a chance man would do the same thing as well. It is totally a shopping regret when things you thought were cool turn out useless. Then you thought about the money you wasted and complained about it all day. Or bring it up every time it pops up in your head. That is when the partner got bored, and the fight begins.

12Looking At Someone Else

First, why would you stare at someone else while you’re with your partner? That is a huge problem, especially for ladies. No woman wants her man to take his eyes off her and pay attention to somebody else. Most importantly, on a date. There have been men who even flirt with the waitress in the restaurant, and that is an enormous embarrassment. However, women tend to be insecure which is one of the reasons why a simple glance or stare is uncomfortable. It’s not always men’s fault, sometimes women also stare at hot guys walking by as well.

But hey, several fights can bring you closer anyway. If the person is right for you, don’t leave because of some stupid fights. Stay and be silly together sometimes, it is great fun.

Related Post: Types Of Girls That Guys Avoid Being With