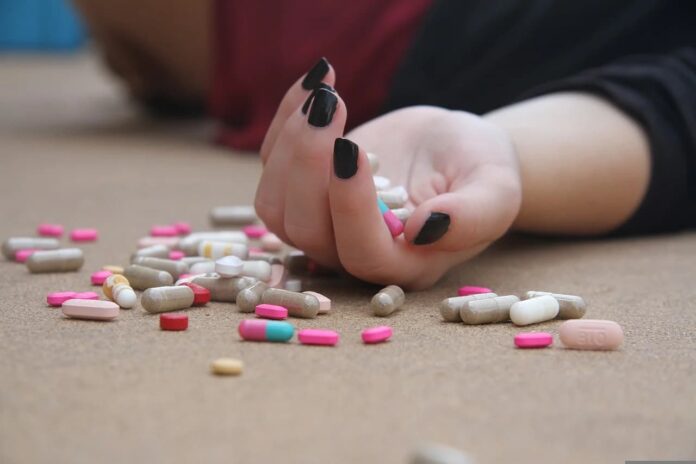 Depression can lead to a lot of unexpected things that we never think of. That is why there are people who decided to commit suicide even at a young age. We all have friends who want to commit suicide at some point in life. If you want to know how to prevent your friends from committing suicide, we have some effective ways that can help.

The thing is that some people don’t really think much when they are at their worse. As a friend, you have to know what to do so that your friends won’t do anything stupid. There are not so many ways to prevent people from committing suicide, but at least some things can help. People’s presence matters because it shows that they are not alone despite their stress and bad feelings.

It is not that you can help a lot, but at least sometimes small things can change big things. Below are 7 effective ways of how to prevent your friends from committing suicide. Remember that you have to notice and act fast because you never know if your friends pretend to be happy or are really happy.

1Advice Them To See A Psychologist

Psychologists’ job is to listen to and advise people so that they will feel better. Regular discussions and meetings will relieve the person’s stress from time to time. Try to let them know that seeing a professional is to help them, not because they are crazy. If they don’t agree with that, there are other ways below.

In this social media era, people show a lot of their feelings and situations online rather than in person. If you notice that your friends usually post sad and depressing stories on their timelines, don’t wait. Ask them what happened, and try to let them know that they don’t have to face their problems alone. It is true that you cannot always help them with anything, but at least you care about them and listen to them.

Some people don’t tell others directly when they are down because they think that they bother other people. This type of person is willing to open up to you if you ask them because they can feel that people around them care. Simple questions like ‘What happened?’ or ‘Is there anything you want to share?’ matter a lot. Don’t hesitate to ask if you see that your friends are at a very low level of happiness.

There are times when people become stressed out because they strap themselves in one place. Being cooped up in one tiny room will not help them anything. If you notice that your friends try to distance themselves from the world, try to find out why. Then ask them out to places like the park, pubs, restaurants, and anywhere you think is appropriate.

Talk as you walk along so that the person will be able to open up and let you know what lets them down. Meeting people helps reduce a lot of depression because at least they know that they are not alone. Actually, motivation from the outside really does help a lot in making people stand up instead of giving up.

4Listen To Their Problems

People become even more stressed when they feel like nobody likes them or is with them. Feeling alone sucks, and that is why you should be there for them and listen to them when they have problems. The thing is that not everyone opens up with their problems to people around. That is why you need to be a person that they can count on and trust when something happens.

Of course, it takes a lot of time to listen to people’s problems, but that helps a lot. It is obvious that not all problems can be solved immediately, but at least it is better than thinking about them alone. People tend to feel extra relieved when they are able to share their problems with people they can trust. They also feel better as well when there are people who listen to them when they are stressed out.

Sometimes depression can lead to suicide because some people have no one to listen to them. The pain keeps on adding up, and that is why many people killed themselves so that they escape their problems. We all know that that is not right, but people are willing to do whatever it takes when they are really down.

5Pay Attention Instead Of Blaming Them

Supportive friends don’t laugh at or blame their friends when they are sad or down. Pay attention to their problems, and show them that they have friends who care for them. Remember that “I told you so.” Or “I know that that is going happen.” will never help anything.

Listen to them carefully when they talk, and maintain eye contact to give them confidence in talking. These activities help so much because it shows that they are not abandoned even if they are in their worse situations. After listening, maybe you can give them some advice so that they will feel relief.

At that point, try to avoid talking about your stories. We all have gone through tough things in life but just focus on your friends first. Of course, your stories matter, but not when your friends are down. Listen to your friends first, and share your experience later. Sometimes being supportive means sacrifice, leave your problems aside if it is not the right time to talk about them.

6Show Them That You Care

There are many ways that you can show that you care about someone, and here are some obvious ones. You can treat them with things that they like to cheer them up when they are down. Even a cup of coffee matters because small things matter as long as you care. You can also occasionally tell your friends that you are always there for them no matter what.

7Tell Them They Matter

Bear in mind that people who are depressed think that they are useless and nothing. That is why many depressing people come up with the thought of committing suicide. We all know that people we care about are important to us. However, they will never know if we don’t tell them or show them that we care about them.

This is the 21st century, you can always be honest about things that you have in your mind. Tell them they are important to you if they really are. Tell them you need them in your life if you really do. Nothing is better than being honest with one another. Those kind words can definitely make your friends feel better, and who knows they might change their negative thoughts about themselves.