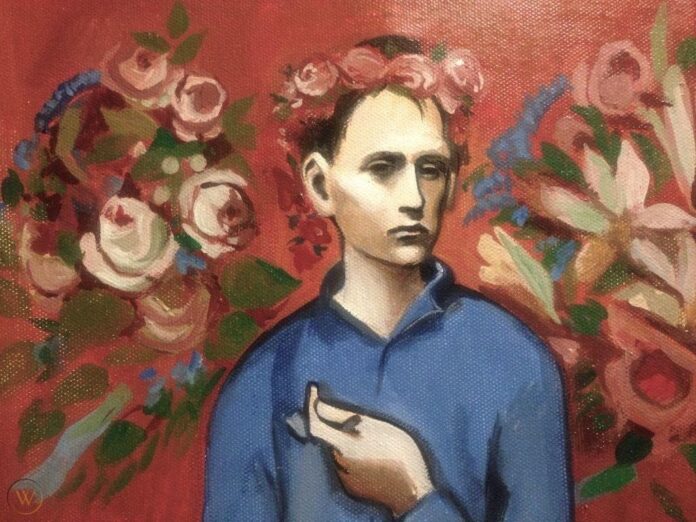 Art is a beautiful thing, and here are the most expensive paintings in the world that you might be curious about. You might have seen a lot of paintings before such as galaxy, landscapes, celebrities, and more. However, the expensive paintings we discuss today are not one of those.

Most of the time, famous artists painted things that involved a lot of patterns and complications that we don’t understand. And that is the value of it, only certain people find those paintings beautiful, and are likely to spend million of dollars for them. Speaking of million dollars, let’s see the 10 most expensive paintings below and let us know which one is your favorite.

1The Card Players by Paul Cezanne

This painting is one of the five paintings in the series of card players by Paul Cezanne. He painted them during the early to mid-1890s, and the painting is bought by the Royal Family of Qatar. Each painting shows the quiet and still concentration as the men focus on their cards. However, the Royal Family didn’t buy the whole series. They bought just that one single painting, for $250 million.

2The Dream by Pablo Picasso

La Reve is one of Picasso’s most sensual and famous paintings. The painting shows Marie-Therese Walter sitting on a red armchair with her eyes closed while depicting her lover. Steven Cohen, the owner of SAC Capital Advisors LP, has bought the painting for $155 million from casino owner, Steve Wynn.

It is the oil-on-canvas triptych by Francis Bacon who was friend with Freud yet rivals in art. The 2 artists painted each other several times. Unfortunately, their friendship ended after an argument in the mid-1970s. The painting was bought by Elaine Wynn at Christie’s New York auction house for $142,4 million.

4No 5 by Jackson Pollock

Jackson Pollock created this painting on fiberboard with liquid paints. The colors in the painting were gray, brown, white, and yellow drizzled as movement or other images in people’s imagination. Steven A. Cohen purchased the painting in 1948 for $140 million.

Steven A. Cohen also purchased this painting as well for $137.5 million. Woman III is a painting by Willem de Kooning among the series of six paintings. Since Steven A. Cohen is a billionaire, spending some millions on this masterpiece is not a big deal.

6Portrait of Adele Bloch-Bauer I by Gustav Klimt

Portrait of Adel Bloch-Bauer or Lady in Gold is one of Gustav Klimt’s amazing works of art. Adele Bloch-Bauer was a wealthy member of Viennese society, and she was a close friend of Gustav. In June 2006, Ronald Lauder bought the painting for $135 million.

7The Scream by Edvard Munch

If you are a fan of paintings, you might know The Scream or The Cry clearly. This painting was painted by Edvard Much back in 1893 with the meaning of anxiety, tension, and depression. The painting was bought by an anonymous buyer in 1895 for $119,922,500 million.

It took Pablo Picasso only one day to paint this painting that was worth $106.5 million dollars. Back in the bidding, there were 8 bidders at the auction house. The winning bid was via telephone for $95 million. Include with the buyer’s premium, the price reached $106.5 million.

9Boy With A Pipe by Pablo Picasso

The painting shows a Parisian boy holding a pipe in his left hand while wearing a garland or wreath of flowers. Picasso painted him when he was 24 back in 1905. The name of the buyer remained anonymous, but the sources said that it was Guido Barilla, co-owner of Barilla Group.

Another portrait of Adele Bloch-Bauer was sold in an auction house for almost $88 million dollars in 2006. The buyer was Oprah Winfrey, but then she sold it to a Chinese buyer for $150 million 10 years after.

This U.S flag is an encaustic painting by Jasper Johns in 1954 when he was 24 years old. The painting was worth $36 million when Philip Johnson bought it, and donated it to the Museum of Modern Art.