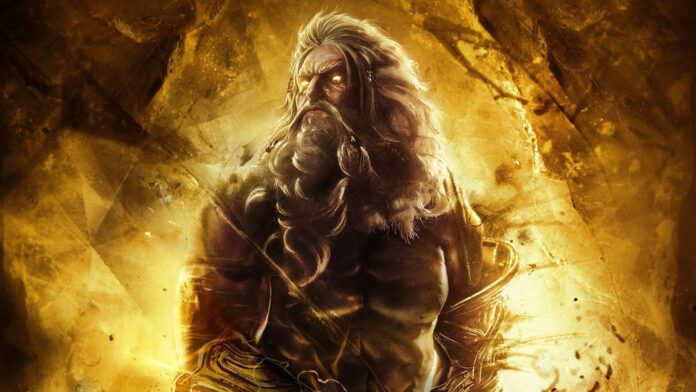 In ancient Greek religion, Zeus was not only the king of the gods but also the god of the sky, lightning, and thunder. The most prominent symbols associated with him and his power are thunderbolt, eagle, bull, and oak. This ruler of Mount Olympus was first worshiped by the Greeks then by the Romans who referred to him as Jupiter. As the father of the gods, Zeus always ensured that each deity performed their individual duty, punished their misdeeds, etc. And as king of the gods, there are many interesting things about Zeus that you might want to know. I bring some of the best today, so let’s find out together.

1The Birth of Zeus

As many of us know, Zeus was the last child of the titans Kronos and Rhea. He was also the youngest and the oldest of his siblings, weird as it may sound but that is how it went. Had been told that one of his children would overthrow him, Kronos tried to swallow Zeus just like he did to Zeus’s siblings. Before Zeus, Kronos had already swallowed Demeter, Hestia, Hera, Hades, and Poseidon. He avoided being swallowed by his father, and his mother hid him in a cave on Mount Ida.

While being raised in the cave, Zeus met Metis, the goddess of wisdom. It was she who convinced him to take revenge on Kronos, and she gave him the potion to do so. Then, Zeus disguised himself as an Olympian cupbearer and poisoned his father’s wine with the potion. The poison did not kill Kronos, but it made him vomit so much that he disgorged Zeus’s siblings back out. As a result, Zeus vanquished his father, and released his siblings back from Kronos’s stomach.

2The Power of Zeus

After the disgorging of his siblings, Zeus then went to Tartarus which was the dungeon of torment used as a prison. He killed the guards and released Kronos’s brothers, the Hecatonchires, and the Cyclopes. As gratitude, the Cyclopes gave him the thunderbolt which served as his weapon as well as his best-known symbol. Alongside Kronos’s brothers and siblings, Zeus fought against Kronos and the titans in the gods’ battle known as Titanomachy.

The Olympians, the younger generation led by Zeus defeated the Titans and overthrew Kronos. He shared the rule of the world with his siblings Hades and Poseidon by drawing lots. Zeus became the ruler of heaven and earth and took control of the sky and air, and he also became king of Olympus. While Hades became the god of the underworld, and Poseidon became the god of the sea. The ancient Earth could not be claimed; therefore, it was shared by the three.

3The Roles & Epithets of Zeus

With so many titles, he also had a lot of roles and responsibilities as the king of the gods as well. Hesiod described Zeus as a god who “brought peace in place of violence”, and referred to him as the Lord of Justice. Albeit he was most well known as the god of the sky and thunder, Zeus was the supreme cultural embodiment of Greek religious beliefs. At the same time, the father of gods himself also had many epithets (titles) that emphasized his roles and responsibilities.

4The Relationship & Affair of Zeus

Zeus fell in love very easily, and he was not a faithful lover for the fact that he had many affairs. His wife was Hera, and she was also his sister. He had also been already married twice before he married Hera, and the previous wives were Metis and Themis. He worried that Metis would have a son that was stronger than him, so she swallowed her and married Hera. Apart from the three women, he also married his another sister Demeter, his aunt Mnemosyne, his cousin Leto, and his cousins’ daughters.

As for the end of Greek mythology, it began with the born of Ares who was a war deity. Ares was keen on war while Athena cared a lot about peace, so they fought quite a lot. Ares also faced many humiliations, and one time he was put in a jar as a POW for 13 months. After everything, Ares planned to terrify the world by working alongside 4 other companions. Those included Phobos (fear), Deimos (violence), Eris (unrest), and Enyo, and Phobos played a significant role to terrified all of Olympus. Olympus declared war on Ares after some chaos in both Olympus and the Greek mainland.

5The Fall Of Olympus

Unfortunately, they lost and Olympus fell due to Fear of Phobos when Phobos turned into phobias in the modern world. Despite the fact that the gods lost the war, Zeus did not lose his throne at Olympus. It was a day of stalemate so Zeus and Ares had to have an agreement. Zeus demanded peace, and Ares would give him peace with only one condition. The condition stated:

“From now on, none of the gods will interfere with the world.”

Zeus had two options, either he accept the condition or all gods would be killed. He accepted it. He closed all doors to earth, mythology ended since then, and gods were slowly forgotten in Greek minds.