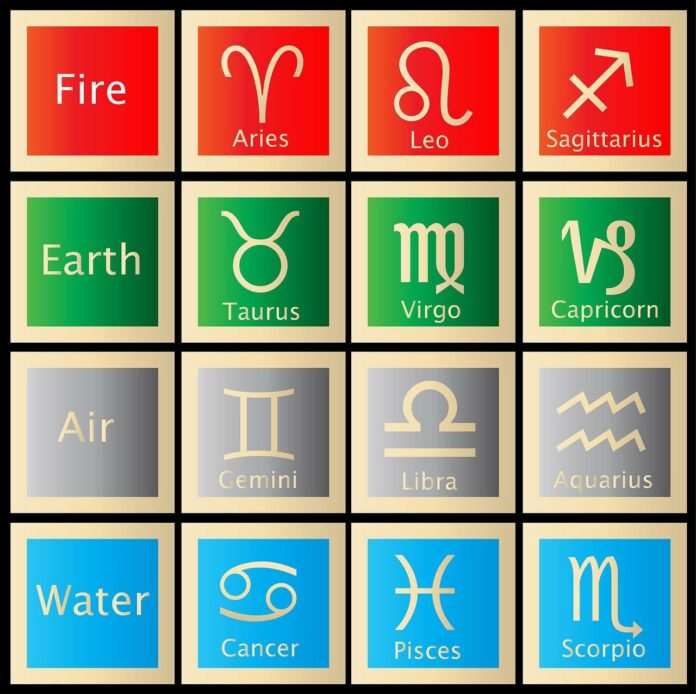 Many of us have heard a lot about western zodiac signs, and many of us can also relate to many things about them. Apart from their description of the personalities, compatibilities, etc, there are a few things to know about zodiac signs. Also, each sign is held to represent the characteristic modes of expression of each person. The fun thing is that many of us find those sayings accurate and true. Today we are talking about a brief in each sign along with their traits, of course. Let’s dig a little deep about western zodiac signs together with us today and see if it is really true.

Aries is the first fire sign in the zodiac, and it is a sign of bravery and leadership as well as independence. An Arian is strongly autonomous, bold, ambitious frank, enthusiastic, and fierce which is also very aggressive and powerful. Arians always dive headfirst into the most challenging situations, and they are motivated and confident leaders. They like things to be done quickly, and their patience is very short. Despite being hot-tempered, their outbursts don’t last long. However, they do hold grudges for a long period most of the time.

This second sign has the symbol of the bull which is based on the Cretan Bull of Greek legend. Cretan Bull was the father of the Minotaur who was one of the Greek mythical creatures. Taureans have a strong-willed character with great perseverance and determination. At the same time, Taureans are reliable, patient, devoted, responsible, and stable which is a combination of powerful strength. However, they are very stubborn, possessive, and uncompromising sometimes. The great part about them is that they are loyal and always willing to lend a hand of friendship.

The twins sign is based on a Greek legend known as the Dioscuri who were two mortals who shared godhood after death. Geminis represent two different personalities in one because of the twins, obviously. The scary part is that you don’t know which one among the two personalities you will face. Generally, Geminis are sociable, communicative, and ready for fun yet with a tendency to suddenly get serious, thoughtful, and restless. Sadly, they often have a feeling that their other half is missing so they always seek new friends and people to talk to.

It is one of the six negative signs, most depict as a crab while some as a lobster. The crab is based on the Karkinos, the giant crab that harassed Heracles during his fight with the Hydra. In ancient times, Cancer was known as the “dark sign” because of the obscured visibility of its constellation in the night sky. In person, Cancer is one of the most challenging zodiac signs to get to know. They are caring, loyal, and they are sympathetic and attached to people they keep close. The drawbacks? The Crab knows where they are going, but often in the wrong direction. At least they learn their lessons, and they don’t repeat their mistakes.

Based on the Nemean Lion aka lion with impenetrable skin, Leos are natural-born leaders. Leos are creative, self-confident, dominant, and extremely difficult to resist. As the mighty King of the Jungle, their strength brings them a lot of friends for their loyalty and generosity. They are also good at problem-solving, and they are fearless as well as impossible to challenge. The great thing about them is that they always face others with dignity and respect. When in love, they are fun, loyal, reasonable, and they will take the role of a leader in any relationship. A few drawbacks though, sometimes they tend to be arrogant, stubborn, lazy, and inflexible.

Virgo is one of the most careful signs of the zodiac, and they always pay attention to the smallest details. The symbol of Virgo is based on Astraea, the last immortal to leave Earth at the end of the Silver Age. This sign is often misunderstood because they won’t accept their feelings as valid, true, or relevant when opposed to a reason. The good thing about them is that they are kind, hardworking, loyal, and practical. On the flip side, Virgoans tend to worry a lot or worry too much over things. If you want to be with a Virgo, you have to build a lot of trust with them slowly and steadily.

Libra has the symbol of Scales of Justice held by Themis, the Greek personification of divine law. Based on the symbol, you can already tell that Libras have a very diplomatic nature ruled by balance and harmony. Libras are very peaceful and fair, and they hate being alone which is why partnership is very important for them. To Libras, justice is always the key. That is why they tend to be indecisive sometimes because in life as we know it, nothing is always fair. Also, there is something awfully insecure about a Libra as if they were unsure which plate to burden next. But if we look at the good side, Libras give great advice and they are also very caring as well.

When it comes to boldness, Scorpio is the first sign people think of. Scorpio-born is passionate and assertive, and they are determined as well as decisive. The symbol is based on Scorpius which was a giant scorpion sent by Gaia to kill Orion. Scorpio-borns are great leaders, and they are known for their calm and cool behavior as well as their mysterious appearance. Scorpios are dedicated to what they do, and they hate dishonesty which can lead to jealousy and suspicions. People are who born in this sign are very brave, and they have a lot of friends.

With the symbol based upon the Chiron, a centaur who mentored Achilles in archery, Sagittarius is a remarkable sign. Sagittarians are very curious and energetic, and they have an absolutely positive outlook on life. Most of them are extroverts, optimistic, and enthusiastic which is why they have a great sense of humor towards the others. At the same time, they always transform their thoughts into concrete actions; therefore, they will do anything to achieve their goals. On the flip side, they can be reckless, impatient, and they tend to promise more than they can deliver.

This tenth sign has the symbol of a fish-goat hybrid from Sumerian god of wisdom and water, Enki. Enki has the upper body of a goat and the lower body of a fish, and this sign represents time and responsibility. The personality of the goat side is ambitious, intelligent, and steady while the fish side reflects passion, spirituality, and intuition. The great thing about them is that they have the ability to lead the way and make solid realistic plans. They learn from their mistakes; albeit very slowly, based solely on their experience and expertise. In a relationship, they are too stubborn and they have a hard time accepting differences or a point in their love life.

The symbol of Aquarius is Ganymede, the cupbearer of the gods who represent independence, originality, and progress. People who are born in this sign are deep thinkers and highly intellectual, and they love helping others. They seize every opportunity, and they are quite creative as a person. The incredible thing about them is that they are able to see without prejudice which makes them solve problems easily. Aquarians have the reputation for being cold and insensitive, and they should learn to trust others and express their emotions in a healthy way.

The twelfth and final sign, this fish is based on the Ichthyocentaurs who were basically underwater centaurs, according to some sources. In Greek myth, Pisces represents the (koi) fish transformed by Aphrodite and her Eros in order to escape the monster Typhon. Pisceans are very friendly, and they often find themselves in the company of very different people. This water sign is more intuitive than others, and they have an artistic talent at some point. At the same time, they have an intuitive understanding of the life cycle which leads to a great emotional relationship with other beings. As for their negative side, they are fearful, over-trusting, and they often have the desire to escape reality.