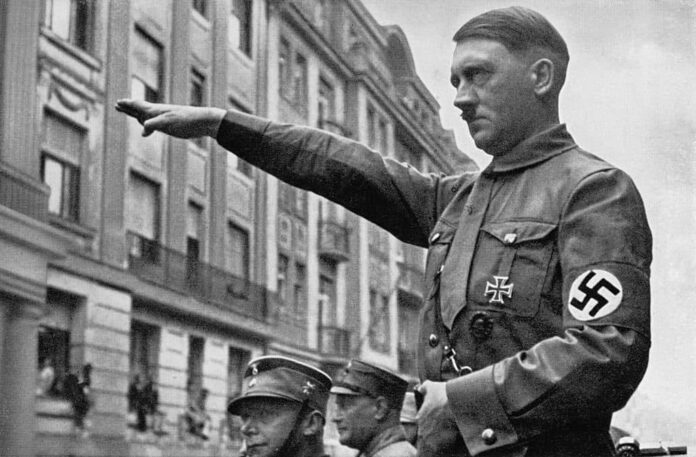 One of the worst earthquakes in Japan was a deadly earthquake followed by a devastating tsunami in Fukushima in 2011. The worst part was that the disasters led to the worst nuclear accident in history that totally unexpected and unpredictable. Except for Koji Minoura, who had predicted the disaster long before it happened.

20 years before a gigantic wave sent Fukushima the reactor critical, Minoura was investigating a reference in an ancient poem. The poem was about a tsunami in Northeast Japan, and he kept digging through historical records. Then he uncovered the Jogan event which an earthquake and tsunami killed 1,000 people in A.D 869. By the late 1980s, he had traveled to the site and uncovered some startling evidence. This part of Japan got routinely flattened by a tsunami every 1,000 years or so, and the next one was way overdue.

Over the next 20 years, Minoura produced a flurry of work warning about the inevitable annihilation of the Fukushima area. At least his articles made their way into magazines, periodicals, and journals, but people completely ignored them anyway. Two years after his prediction, a tsunami hit that particular part of Japan which caused ruins with reacting danger threats.

That was one of the deadliest earthquakes in history when an earthquake of terrifying proportions hit the Republic of Haiti in 2010. Thousands were killed, villages annihilated, and the capital turned into a wasteland of ruins and suffering. The thing is that earthquake did not come as a surprise, it was the authorities who ignored the warnings and predictions.

In 1998, researchers had been predicting a major earthquake in the region at some point. The officials ignored the predictions because it was such a vague prediction which is understandable. Geologist Claude Prepetit had taken that original research and made it frighteningly relevant. He believe that the earthquake would hit Haiti worst where a number of buildings would turn the capital into a vast cemetery.

Over the course of a frantic year, he wrote papers on the subject, spoke before international audiences, and even contacted government officials directly. However, Haiti’s leader simply didn’t listen. When they could have been spending money to tear down unstable buildings and construct earthquake-proof ones, they did something else. When finally on the 12th of January, 2010, the earthquake happened and it was the worst memory for the country.

Back in 1962, two graduates: David Bernays and Charles Sawyer were unwinding with a long climbing expedition through the Cordillera Blanca. It was a mountain range in Peru with a great amount of glaciers, especially on top of the mountain. The two men decided to examine a glacier known only as 511 with the suspected source of an avalanche occurred. They discovered enough sources to put them off from their expedition and get back to land.

Glacier 511 was seriously unstable, and the whole thing was one push away from obliterating everything in the valley below. That valley was home to several thousands of people, and that was a huge concern for all of them. The two men did what anyone would do and alerted the authorities who promptly threw them in jail for causing panic. After two weeks of struggling, the men eventually returned home.

Unfortunately, the Peruvian authorities’ disbelief led to a major disaster in their town. On the 31st of May, in 1970, an earthquake in the region triggered the world’s deadliest avalanche to ever occurred. Glacier 511 collapsed along with other glaciers and buried 25,000 people under a wall of ice and rock. At that point, no one could do anything about it. The two young men had provided their warnings and predictions, and no one listened to them.

Clair Patterson was a scientist who made a worrying discovery in the early 1960s. He found that our air was swimming with lead, hundreds of times more than our ancestors roamed the earth. This was total bad news because lead is super toxic since it can result in anything from anemia to constipation and death. As a scientist, Patterson decided to trace the source of all this murder air and discovered it was from cars.

Manufacturers of leaded gasoline took one look at his findings and decided to destroy his life. Companies with friends in high places hounded Patterson from jobs, cut his research funding, and went on their way to discredit him. Then pseudoscientists wheeled out to declare that lead was perfectly safe, and the whole country kept using the gas. They even painted their wall with it and used it in food as well.

It took until 1970 for Patterson to get the Clean Air Act passed, and another 17 years to get lead banned from gasoline. 30 years after his research conclusively proved all this lead was toxic to us, and the government finally removed it from food containers and paint. Such years of delay result in 625 times more lead in the blood of an average American compared to those in the 19th century. Too late.

5The Dangers Of Asbestos

Asbestos was one of the 19th century’s big mistakes, famous for its strength and resistance to fire. Back then, manufacturers began splashing the stuff around by the bucket load which caused lung cancer, disease, and early earth for nearly 100 years. Asbestos is a set of six naturally occurring silicate minerals that is very harmful to health as it enters the body through breathing.

People had suspected since the early 1900s that asbestos might be dangerous due to a high rate of illness and death. The death only occurred around asbestos-mining towns, no one cared about its harm back then. It wasn’t until 1938 when a study commissioned by asbestos manufacturers conclusively proved that it was basically airborne death. But still, those manufacturers suppressed the findings and denied all knowledge of them.

The result was illness and poverty for hundreds of thousands of workers because there was no proof linking asbestos to lung cancer. Those who became sick were ineligible for compensation, and the company simply dropped them leaving them penniless and dying miserably. In late 1992, asbestos companies were still refusing to shell out money to their dying ex-workers claiming there was little evidence.

6The Rise Of Hitler

After the end of World War I with the unconditional surrender of Germany in 1919, the country suffered more than that. The Allies led by the French decided to slap the nation with a fine so unimaginably huge it took them years. To be exact, the fine was so huge the country would have to pay it off until 2010. As far as British economist John Maynard Keynes was concerned, that fine was a great shortcut to disaster.

By crippling the German economy with sanctions, the Allied nations would inevitably trigger panic, collapse, and a very dark time. John was like a time traveler to the future that time, he lobbied the government, wrote articles, and published his words. His prophetic words went:

“If we aim at the impoverishment of Central Europe, vengeance, I dare say, will not limp. Nothing can then delay for very long the forces of Reaction and the despairing convulsions of Revolution. Before which the horrors of the later German war will fade into nothing, and will destroy, whoever is victor. The civilization and the progress of our generation.”

Just like all the warnings and predictions in history, people ignored his article; and you know you happen. Keynes was brushed off, the German economy evaporated, extremism swept the nation, and an unknown artist called Adolf came. He decided to give politics and some big countries a whirl, and the blame went all the way to France.

If we look back to that devastating tragedy, America actually had known for nearly a year that the attack was imminent. However, the combination of bureaucracy and bungling meant that the warnings. The whole country knew this shocking news when the New York Times released the results of an investigation into the Bush administration’s knowledge.

As early as 22nd June, 2001, it was known that Al-Qaeda strikes were imminent. There was good intelligence backing this up like the CIA and more. Unfortunately, the politicians in the Pentagon stopped any action being taken and dismissed the report as a fabrication. Also, the warnings were repeatedly ignored, sources downplayed, and the CIA was reduced to begging the President to take notice.

Then on June 29th, July 24th, and August 6th, the issue was raised with extreme urgency, but people ignored them each time. The result of this bungling was the single worst terrorist atrocity to ever be committed on American soil. The attack caused the deaths of 3,000 people, a decade of war, and the erosion of their civil liberties. All because the government was apparently too careless to believe its own intelligence services.