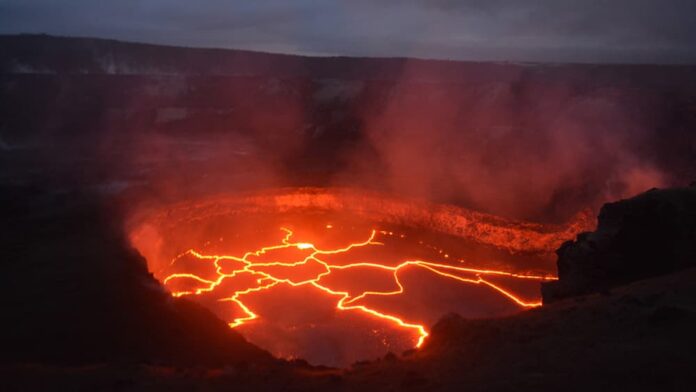 We all know that natural disasters are one unpleasant event to occur, but that is not the worst. Imagine global disasters that affect a lot of countries at one time that cause more damage and deaths. The sad truth is that will eventually happen, that time will surely come one day; it’s just we don’t know when. With the mention of global disasters, what first comes into your mind? The list below contains 10 global disasters that will happen, so check them out with us.

This is not new, we have experienced such tragedy before and the result was not so pleasant to take at all. Back in 1908, a massive-sized asteroid flattened 770 square miles of forest in Siberia which destroyed on a large scale. Then in 2013, Russia had another case of bad luck with another blast from the sky on the 15th of February. In the universe, huge rocks like that are abundant so the chance that they will hit the earth is also high. Not to mention asteroids can easily get sucked into Earth’s orbit to generate some great balls of fire. The biggest ones will come one day, we just don’t know when.

A deadly pandemic is inevitable, just a simple flu virus wiped out 50 million people across the planet in 1918. You never know what diseases and viruses will be born in the next 10 or 100 years. As the year passes, viruses develop serious defense skills which leads to new and stronger diseases that we cannot avoid.

The worse part is these sneaky infections can pop up out of nowhere from common animals like wild birds and pigs. The moment a person got the virus, people in other parts of the world also face the same risks. How crazy is that? When you thought you could get closer to nature turns out you get incurable diseases that take your life. That sucks.

The next 40 years are a hundred times more likely to bring on extreme heatwaves that humans will face. Based on the experience back in 2003, 14,000 people died in France alone due to the heatwave. Also, other parts of Europe also endured sweltering temperatures of 100 degrees for miserable weeks. The huge lack of cooling systems left the average Euro Joe in a deadly dilemma. Soaring temperatures set forests ablaze, and melting glaciers flooded Switzerland while 2012 was the hottest year on record. If extreme heatwaves occur, there will be more death toll to count in many more different parts of the world.

One of the bad global disasters would be the global drought across the world that gets people on their knees to pray for rain. As far as we know, the drought has had Texas by the horns since late 2010 which somehow could be contagious. Not to mention that the Great Lakes of the U.S are also suffering. The combination of low water levels may very well lead to severe water shortages.

Even the most restricted use of water reservoirs will not prevent them from drying up. Also, the increase in temperature only adds fuel to the fire resulting in parched conditions that we cannot take. That includes the systematic demise of treasured lawns while the crops are also dying. Global drought will eventually lead to global famine, so kiss and appreciate the water while you still can.

The earth is covered by 75% of the oceans, and it is not a doubt that there will be a huge tsunami. According to the prediction, a major quake along the Alaskan-Aleutian subduction zone would send a wall of water. The gigantic waves then pummeled their way along the Pacific Ocean then obliterate major US cities on the west coast. Then Washington, Oregon, British Columbia, and the California coast would be hit in a matter of hours by waves. The speed of the waves can go as high as 500 mph, and you know what damage can that speed do.

Geophysicist David Scholl says, “It concerns us a lot that we might have deadly waves aimed at US shores. We have been focusing on tsunami risks since 2004 when the Banda-Aceh earthquake and tsunami led to a loss of about 250,000 lives.” Earthquakes are known to strike this region about every 50 to 75 years, so enjoy surfing while you still can.

Apart from earthquakes, San Francisco also has a high chance of facing the threat of toxic gas leaks. The ocean floor contains pockets of methane gas, and a fairly large earthquake bursts out of these bubbles. But should one of these mounds of trapped methane gas rip one, it could potentially create an oceanic hole. And that hole is capable of sinking an oil tanker within a very short amount of time.

After that, airplanes would experience a sudden drop in oxygen levels and could simply fall from the sky. Some have theorized that an eruption of this type could have been responsible for the mysterious disappearances of planes and ships. Just like the cases in the Bermuda Triangle and other mysterious areas in every part of the world. If that really happens, things will be so frightening to take.

7The Next Ice Age

The question is how can that be possible when global warming makes the world so darn hot? The next ice age could leave humanity in the same situation as the dinosaurs, and we all know what happened. Also, there is evidence that a global freeze has taken over the globe at least four times. The evidence proves that Jupiter and Saturn tug at Earth’s orbit periodically which reduces the amount of sunlight we can absorb.

Then the ice will form over the earth due to plummeting temperatures will reflect the little sunlight. Plus with the exhaustion of fossil fuels in about 300 years, humanity will need a new plan if we intend to stay warm. At the same time, civilization will need to advance enough to grow food and create energy without the use of fossil fuels. Considering the number of people complaining about energy-efficient light bulbs, let’s see what the future gives.

8Tornadoes Across The Globe

The thing about a tornado is that it only occurs in some countries, especially the United States. Back in 2004, a 2.5-mile-wide tornado rammed through Hallam Nebraska causing huge damage. There is no telling exactly when and where the next super tornado will hit, but it is reasonable to assume that one will come.

Antarctica has been the only continent on earth to be immune from tornadoes. Scientists have systems for detecting tornadoes, but last-minute warnings can only do so much. The worse part is there is no way to control this disastrous nature, so let’s just cross our fingers. At least no more super tornados to hit any time soon, the world is already weak.

That is what slowly happening nowadays, actually. A steady increase in the planet’s temperature will result in the melting of huge glaciers which leads to the rise of sea levels. That will result in dangerous flooding of coasts across the globe, and that is just the beginning. If the West Antarctic Ice Sheet were to go down, the loss of coastal land would be tragic.

Then the oceans of the world would rise to a staggering 32 feet which is 10 feet taller than an average house. The next flood will cover some cities on earth which is somehow an opportunity for future lost city seekers. Imagine our tall buildings and small cities covering under the water as the sea level rises. Definitely not a good opportunity for us people in this generation at all.

We have an article about the supervolcanoes in the world for you before, and the biggest supervolcano will surely erupt. In case you forget, the molten pool of magma under the Yellowstone volcano is at least 50% larger than before. Actually, it is 10 times larger than any volcano people have observed before, according to seismologist Michael Thorne.

A looming cloud of ash would cover much of North America if a 4th supervolcano eruption were to occur. All of the ash would smother the crops, making the price of food skyrocket in the aftermath. On top of that, they think pollution in the air would make it difficult to breathe. Not to mention the changing in weather like snowing in hot countries and rain in the wrong season, and more. Many people will perish, and there will be many effects if that supervolcano really erupts.