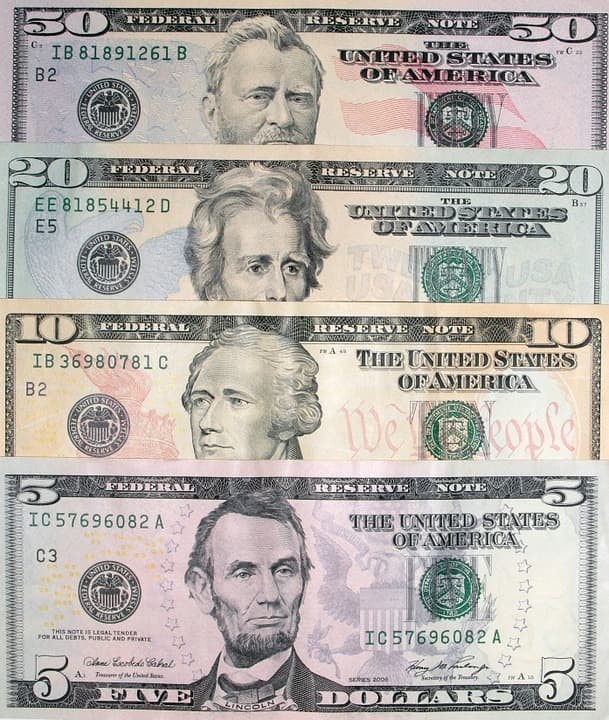 We all notice the people’s faces on U.S dollar bills, but how many of us know who they are or why they are there? Nowadays, there are 5 American presidents and 2 founding fathers on 7 of the current U.S bills. All of them are men; however, the federal agency was planning to reintroduce a woman to a U.S dollar bill soon. The purpose was to coincide with the 100th anniversary of the 19th Amendment of the Constitution which acknowledged women’s right to vote. Today we will look into the history behind the men on U.S dollar bills, let’s find out with us!

Let’s back up a little to the history, George Washington is the first president of the United States. His face appeared on the bill in 1869, and there are no plans in changing the design or replacing him. One of the qualities to be on the U.S dollar bills is that the person has to have places in history that Americans know well. That explains why George Washington is and will always be on the bill.

Being the first president of the United States alone is not the only reason. He was the person who commanded the army against the British in the Revolutionary War as well. He was also the person who presided over the Constitutional Convention, and everyone knows George Washington.

Because he was a very important person in the history of the United States, he surely deserves to be on the frequently used currency. The one-dollar bill is the bill that people will see and use most often, and that is it. The perfect bill to immortalize an important person of the U.S history since the beginning of the country.

Thomas Jefferson, the third president of the United States of America, is the face you see on a two-dollar bill. This bill is very rare actually because of the limited use which is why two-dollar notes are not printed very frequently. The thing is that $2 bills are uncommon in daily use which is somehow weird. According to some documents, it was merely just luck that Thomas Jefferson got to be the bill. If you have a two-dollar bill, keep it because the bill doesn’t get to be printed as much.

The man who ended slavery, how can he not be on the bill right? He has been on all five-dollar bills since 1928, and this first Republican president is well-known in history. During his time, he embodied strong national government, strong union, and his defense of egalitarianism (all men are created equal). Abraham Lincoln is among the United State’s greatest presidents due to his moral, constitutional, and political mind. Despite the fact that the bill has been redesigned many times, this 16th president of the United States is still on it.

We all notice the people’s faces on U.S dollar bills, but how many of us know who they are or why they are there? Nowadays, there are 5 American presidents

No, he was not one of the presidents of the United States. However, he was one of the founding fathers and former treasury secretary which is why we see him on a ten-dollar bill. The first $10 bill actually has the face of President Andrew Jackson, but he was swapped by Hamilton’s face in 1929. Alexander Hamilton was a great thinker, and a man full of solid vision when it comes to economics in the country.

He was the one to give unapologetic support for the manufacturing process, to the banks, and to the public credit. Those were the foundations of the capitalist economy in the United States for many years after his death. Had such a huge impact on the country’s economy, there is no doubt why he was honored with the presence on the U.S ten-dollar bill.

It is iconic the fact that Andrew Jackson is a man who was infamous for being a slaveholder. Plus, his major legislative accomplishment which resulted in the death and relocation of Native American tribes. During his life, he had no less than 300 slaves whom he would buy, sell, and use to grow his cotton and more.

Apart from being a vicious slave owner, this seventh president of the United States was also opposed to policies that would make slavery illegal. Andrew Jackson called the Native Americans “my red children”, and described them as savages. We all know that only heroes are deserved to be on the bills, yet the choice of his presence has always been controversial. At this point, it is more like a decision in the “no question asked” condition.

He was the Commanding General of the US Army during the American Civil War. With his devotion and hard work, he was the hero of the war because he led many successful battles and campaigns. Also, he worked to protect the rights of minorities and lobbied for the Fifteenth Amendment during his election as US President in 1868.

The awesome part is that he was the first president since Andrew Jackson to sit for two full terms. That clearly explains how great of a president he was. Each president of the United States has his own qualities, but Grant has a very special point. He ensured that black people could vote freely, and that makes many people love and support him. With great personality and leadership, he deserves his place on the U.S dollar bill.

Benjamin Franklin was the most important founding father and famed inventor who played a key role in building the nation. He signed the Treaty of Alliance with France which convinced the French government to support America against Britain. More than that, he worked out loans and trade with European countries as well.

The best part was that he was the only founding father to have signed the three most important documents that led to independence. These include the Treaty of Alliance with France, the Treaty of Paris, and the Declaration of Independence. He had done so much for the nation, and his face has appeared on the bill since 1914 until now.