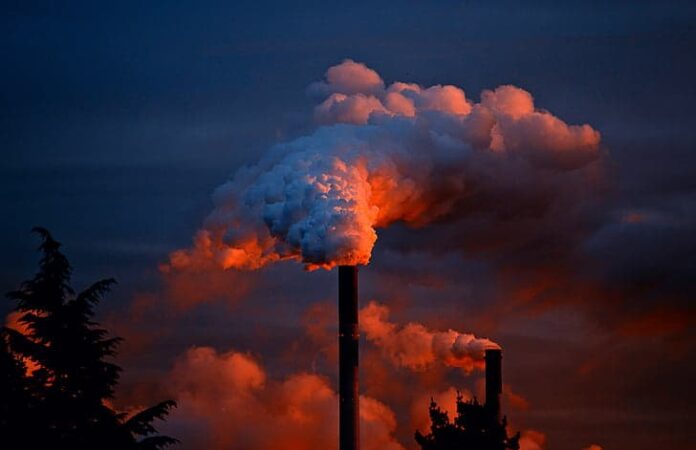 Air pollution is one of the issues that trigger the environment of many countries in the world. It might not sound much, but air pollution causes no less than 7 million deaths per year according to WHO. World Health Organization estimates that around 7 million people die every year from exposure to fine particles in polluted air. Those particles are what we are talking about today, what they cause and what causes them. Whether your country has air pollution or not, it is important to make yourself aware of such an issue.

1What Is Air Pollution?

This is not a new question, but the true definition refers to the contamination of the air both indoors and outdoors. Any physical, biological, or chemical alteration to the air in the atmosphere is considered air pollution. Commonly, it occurs when harmful gases, dust, or smoke enter the atmosphere and makes it difficult for living things. That is when plants, animals, and humans are difficult to survive because the air becomes dirty.

To make things easier to understand, there are two main causes of air pollutants including Anthropogenic Causes and Natural Causes.

That includes both greenhouse effects and ammonia, both activities release hazardous gas into the atmosphere. Many of us are aware of the greenhouse effects and greenhouse gas emissions from the cultivation of crops and livestock. The one main factor is the methane created by cattle while ammonia also plays a great part. Not to mention the use of insecticides, pesticides, and fertilizers in agricultural activities. Those all go into the air and cause both air pollution and water pollution.

It is not a new case to talk about combustion from factories and industries, but let’s go into a bit more detail. Manufacturing like factories and industries releases a large amount of carbon monoxide, hydrocarbons, organic compounds, and chemicals into the air. Regular activities like so deplete the quality of the air, and it occurs everywhere in every corner of the earth. It is difficult to prevent this, but let’s just hope there will be solutions to this problem in the near future.

Sulfur dioxide emitted from the combustion of fossil fuels like coal, petroleum, and other factory combustibles are one major cause of air pollution. These are generally used in power plants, manufacturing facilities, waste incinerators, and other types of fuel-burning heating devices. On top of that, pollution emitted from vehicles like trucks, cars, trains, and planes can cause immense amounts of pollution. It is true that we need those means of transportation as basic needs, but overusing them is killing our environment.

Of course, waste is not only the cause of land pollution but also air pollution as well. Landfills generate methane which is highly flammable and potentially hazardous if landfills grow unchecked. Things are so simple to understand during the perk of population growth and urbanization. The more people, the more waste they produce which leads to more methane in the air. That is why we need to do something with waste management in order to reduce air pollution caused by waste.

The natural causes of air pollution resulting from naturally-occurring phenomena that are not man-made or the result of human activities. Normally, these sources of pollution are subject to natural cycles which are under certain conditions. Because the causes are from nature itself, they are likely to be sustainable over long periods of time. It is also difficult to prevent or stop them from happening as well because most of them are unforeseeable.

We all know that we need trees in order to have clean air, but there are still areas that have very few trees. In large areas of open land with little to no vegetation or trees, they are particularly dry due to a lack of precipitation. That is when the wind can create dust storms which lead to a natural warming effect. This effect is a health hazard for living creatures, and dust storms usually last for a while in various places.

As for wildfires, they are a natural occurrence in wooded areas caused by many reasons from men to natural causes. Every time it occurs, the smoke and carbon monoxide caused by the fires contribute to carbon levels in the atmosphere. Wildfires do not only affect the air in the area of the event but also the areas around it as well. The effects that it brings are even greater than the warming caused by the greenhouse effect. Animals and people in the region are the ones who suffer the most.

One of the worst natural disasters in the world, volcanic eruptions are also a major source of air pollution. When an eruption occurs, it produces tremendous amounts of sulfuric, chlorine, and ash products which are released into the atmosphere. The wind picks up those elements and then disperses them over large areas around the eruption sites. Not to mention the smoke and steam released during the eruption, volcanic eruptions affect all living things around it.

3What Are The Effects of Air Pollution?

Air pollution affects every living being on earth from humans to animals and plants in various ways. The effects are on health and can even lead to death, as we mentioned above, about 7 million deaths each year. The poor air quality is very serious, and below are the effects of air pollution.

Just like humans, animals also need oxygen to breathe to do their animal business. Regardless of their size, air pollution still affects animals in many various ways which are not different from humans. The animals also inhale the same polluted air, harmful gases, and particles in the same ways humans do but even worse. The pollution that animals inhale can accumulate in their tissues which leads to damage to their organs.

Effects on the Environment

The environment is the first thing affected by air pollution, not just humans and animals. The entire ecosystems can suffer from air pollution which leads to land and water pollution as well. Air pollution can directly contaminate the surface of bodies of water and soil which can kill crops or reduce their yield. Not to mention it can kill young trees and other plants, the effects are very bad.

On top of that, sulfur dioxide and nitrogen oxide particles in the air can create acid rain. The main source of the particles is mostly coal-fired power plants and motor vehicles. Many of us might know about the effects of acid rain on the earth. Acid rain damages plants by changing soil composition degrading water quality in rivers, lakes, and streams, and it causes building erosion.

Another effect of air pollution on the environment is global warming, the sources are both natural and anthropogenic air pollution. The rising air and ocean temperatures are partially caused by an increase in the number of greenhouse gases in the atmosphere. Then it follows by emissions from industrial factories, agriculture, and the burning of fossil fuels in cars. Plus with chlorofluorocarbons (CFCs), the ozone layer is damaged from day to day while the world is getting hotter and hotter.

People experience a wide range of health effects from exposure to air pollution including short-term and long-term effects. The short-term effects are temporary and include illnesses such as pneumonia or bronchitis. There are more effects like an irritation to the nose, throat, eyes, or skin followed by headaches, dizziness, and nausea.

As for long-term effects, they last for years or even an entire lifetime which leads to a person’s death. The long-term effects of air pollution are heart disease, lung cancer, and respiratory diseases like emphysema. Plus, it can also damage people’s nerves, brain, kidneys, liver, and other organs. While some scientists suspect air pollutants are also the cause of birth defects.

People react differently to different types of air pollution, for example, young children and older adults whose immune systems are weaker. They are often more sensitive to pollution; therefore, exposure to air pollution can lead to asthma, heart disease, and lung disease.

4What Are The Solutions For Air Pollution?

At this point, it might be difficult to turn the contaminated air back to clean the way it used to be. However, bit by bit can help some if not everything. There are some solutions that every one of us can participate in to help reduce air pollution on earth. Together, perhaps your area or your country will have fresh air once again.

This method is one way that everyone is familiar with, and many people are also doing it as well. Switch off fans and lights when you go out because a large number of fossil fuels are burnt to produce electricity. That does not only help you save your money on energy but also saves environmental degradation as well.

Instead of going to places like work or school using your motorbikes or cars, use eco-friendly transportation. The more people use eco-friendly transportation like buses, trains, or even bicycles, the less emission is released into the air. In case your work or school is very far, try carpooling which is economical for you and helpful for the environment.

In most developed countries, the government can provide alternative energies instead of fossil fuels to their people. The alternatives are solar, wind, and geothermal which do not cause emissions into the air. Not to mention those energy productions are modern and convenient, it is only a matter of time to get it done.

Plant more trees especially in empty areas because trees help us a lot in creating oxygen and cleaning the air. Also, the chance of getting dust storms will also decrease when there are more trees. Less dust storms, and less air pollution in some certain areas. There are many advantages of trees that we are aware of, and they help with the environment a lot.

Schools and government can encourage people to plant more trees in campaigns or events, together we can make a better change.

5How To Protect My Health If The Air In My Area Is Polluted?

There are a few things that you can do if the air in your area is contaminated including: