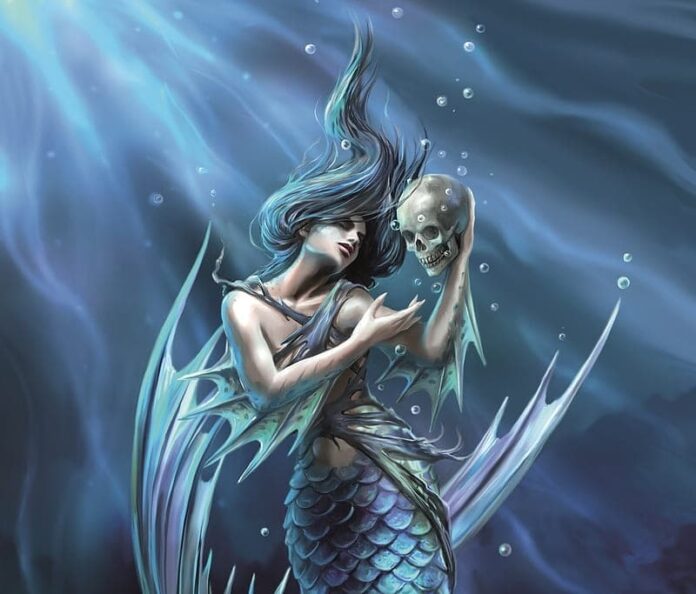 Childhood was awesome, and most of us got to watch a lot of cartoons and animation movies back then. In those films, we saw a lot of different mythical creatures that don’t exist in real life. However, some of us at least thought or believed that those creatures exist or once existed. The truth is we never know if they were actually real or made up by people. Also, how could people imagine and put those creatures into an image if they didn’t exist? I think at least you once thought or believed that the creatures in our list here existed. Check them out and share your thoughts!

Let’s not forget about this legendary creature here. The appearance of a dragon varies in different cultures. Like European dragons are believed to have wings and be able to fly and breathe fire. Asian dragons are believed to live under the water and fly without wings. In Asian beliefs, dragons are powerful and intelligent creatures that people worship. Since Asian described dragons as serpentine creatures, some people tend to think sea serpents are dragons.

Some people have captured or seen sea serpents every now and then so they believe dragons exist. There have been natural phenomena like small storms over the river which are believed to be caused by dragons. Yet in Thailand, people gather by the riverbank once a year to see the fire shot from the water. The event is believed to be the power of the dragon, and the fire shots are real. What caused it and why it happened are still remained in question.

Somehow we think giants were real because there are a lot of huge constructions back in ancient times. Since there were no machines to build those structures, we thought giants played a part in that. Like how do you explain the large walls, huge statues, and other monuments to be built by tiny humans? Giants exist in almost every culture and folktale in the world which remains a doubt.

Giants are believed to be the monsters of humans with huge sizes and powerful strength. The thing is that there have been anthropologists who discovered human fossils from thousands of years before. The skull alone was around 32 inches already which is absolutely bigger than ours nowadays. Those fossils are twice or thrice bigger than human today, which mean giant is still a debatable topic.

Kraken is the giant squid believed by people to be the legendary sea monster of Norway and Greenland. People described Kraken as huge as a ship because they saw it as an island instead of a squid due to its size. They said Kraken lived in the deep sea or ocean and fed on fish under there. However, it also attacks sailors sometimes and no one could live to tell the tale.

They also said that Kraken used its long and huge tentacles to grab and wreck the ship into pieces. Then, it fed on people who jumped into the sea. But in modern days, Kraken is just the squid or octopus that grows bigger than it should. There have been reports of a giant squid washed ashore in New Zealand with a size of a man only. However, the huge ocean is still a mysterious place. We never know what’s under there.

Mermaid is one of the mysterious creatures that many people existed. There are many cultures throughout the world that have mermaids in their folktales. People believed that mermaids are aquatic creatures with the head and upper body of a human with a fishtail. Mermaids are described to be beautiful and haunting at the same time. Some people think that mermaids are the ones who cause storms, shipwrecks, or drowning to voyagers across the sea.

Most of those people were sailors and pirates. While some other people think that mermaids are beneficent and attractive, and sometimes fall in love with humans. There have been reported sightings of mermaids by people as well. Some people even got the chance to film the sighting on their devices, yet it was described as a hoax. Up until today, no evidence can prove that mermaids are real at all.

Pegasus is a pure white horse that has a pair of wings that allows it to fly. Apart from Greek mythology where Pegasus is the god’s ride, there are also other beliefs. For example, Cambodian people believed that Pegasus was the previous creature of horses nowadays. According to Cambodian folklore, horses were able to fly but their wings were cut off by the monks.

There was one Pegasus among the group who stole the meal prepared by the monks for the king. Since no one admitted to stealing, the monks decided to cut off all of their wings so that they won’t fly again. And they become the horses we know today. If you ask whether Pegasus is real or not, the answer shall depend on ourselves. Since we only Pegasus in Greek mythology and some folklores only.

Pixies are the little fairies or angels from mythical folklore. The origin of pixies might be from Celtic era. Pixies are believed to be tiny magical fairies with pointy ears who has light shining from their body. Remember Tinker Bell from Peter Pan? That is an example of what a pixie would look like. As kids, some people believed that pixies are their protectors or imaginary friends at some point.

Since pixies are described to be joyful creatures who love singing and dancing, children are likely to imagine them. There is even a traditional event known as Pixie Day in June. However, there are various descriptions of pixies. Some pixies are said to steal children or lead travelers astray as well. The sightings of pixies are likely to never occur.

Personally, I thought unicorns existed! Unicorns are horses with a long horn on their heads. Since horses exist, there are many people who believed that unicorns exist too. People described unicorn as magical creatures that lived in the deep forests. Meanwhile, in Middle Ages and Renaissance, unicorns were the symbol of purity and grace.

And only virgin women could capture and tame these creatures for they are pure. Back then, people believed that the horn of unicorns can heal sickness and do many magical things. Many countries also use the image of unicorns to represent their army as well. Apart from mythical proofs, the actual sightings or captivities of unicorns have never been done.