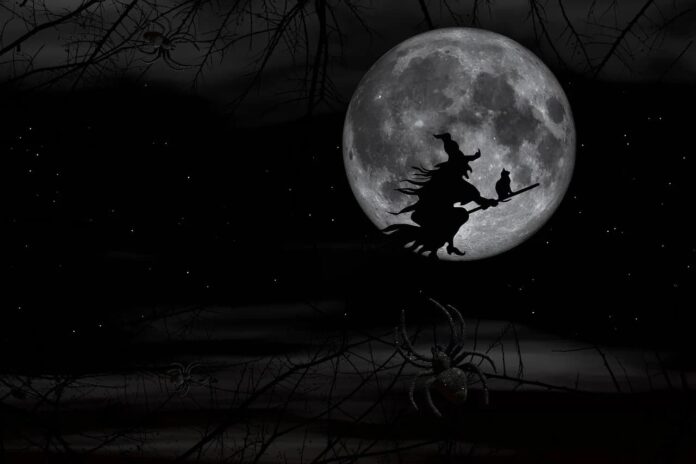 Halloween is getting close, how about getting to know some facts about witches since witch is one of the popular characters? Witches are always on the list when it comes to fun and spooky events like Halloween, but we don’t know much about witches. So the word “witch” comes from the Saxon “Wicca” which means wise one, but many people take witches in another way. Like in Saudi Arabia, the country still punishes witchcraft and sorcery by the death penalty. If we look back to the 16th and 17th centuries, there were around 60,000 people who were put to death for witchcraft in Europe. So let’s find out more about the interesting facts about witches and witchcraft, take a look!

Back in the old days, people believed that witchcraft was mostly a female activity. However, there are male counterparts of witches as well but they called themselves wizards, warlocks, or sorcerers. But still, countless men and women were persecuted throughout history on suspicion of practicing witchcraft. It is just people accused women of witchcraft more than men even if they both practiced or did not practice it.

Halloween is not the only time when all the witches come out and celebrate. There are more events like Beltane which marks the first of May, and Midsummer’s Eve which coincides with the summer solstice. For Sweden, Easter is also associated with witches. People believed that on Easter Sunday, Swedish witches would fly up chimneys on their brooms to meet and revel on mountaintops. To these days, children dress up as witches and go door to door seeking treats which is similar to trick-or-treat. On Easter, of course.

3How To Tell If A Person Is A Witch

There is no way you can recognize if a person is a witch, but people still could be convicted of witchcraft. No solid evidence was needed, only appearances in a dream were enough to book a case against someone. If a person witnesses in a dream that the accused person’s physical body was at another location, that person is a witch. They believed that the devil and his minions were powerful enough to send their spirits or specters into someone’s else dreams.

Another common evidence was the so-called “witch’s marks” on a person’s skin that proved that they had made pacts with the devil. Contemporary research suggests that the marks were possible small ordinary lesions or supernumerary nipples. Most young women were the victims of such accusations in the village that they lived in. The punishment was death, mostly by hanging while burning was not done so much throughout history.

4Not All Witches Are Evil

That we know so well, the perfect example is our beloved Harry Potter and his good friends. There are two types of magic: Black Magic and White Magic, and witches and wizards use magic in the wrong way. Witchcraft in real life has a very negative connotation, and the death sentence for witches is to cleanse society. White witches use white magic with their cleverness and wisdom rather than dark powers. Many of practitioners of this type of magic see themselves as healers or seers, not witches. The thing is we cannot tell if a person is a witch, and which type of magic they use.

5Not All Witches Are Wiccan

As we have mentioned in the introduction, witch comes from the word Wicca; but not all witches are Wiccan. It is true that many witches are Wiccan, but witches are different base on their religions or no religion at all. There are atheist witches, Christian witches, Jewish witches, Buddhist witches, and witches who follow virtually any other religion you can name. As a matter of fact, witches are different from each other depending on where they are from and the magic they use. Basically, there are a lot of types of witches out there in the world.

Most of the time, people say that the potions and incantations that witches used were either for medicinal purposes. Some said they were purely for culinary purposes. Common ingredients that witches used were frog’s toes, bat’s wool, dog’s tongue, lizard’s legs, etc. Actually, those were just the names of common herbs and ingredients used for potions making or cooking. That is to keep the recipe from being stolen or used by another as well as adding fuel to the fear of witches.

Mandrake plant was also one of the ingredients, and the plant has hallucinatory properties that made people euphoric or hallucinate. There were rituals that were performed in the nude and involved rubbing a herbal ointment that contained mandrake. The hallucinogenic effects from the plants caused people to imagine seeing witches fly or float on a broomstick. Witches didn’t use broomsticks to fly, and it is one true fact that is very hard to believe.

Salem was a series of futile hearings and prosecutions of people who were allegedly witches and wizards in Salem village. The place is now known as Danvers, and a small town near Salem was massacred by Native Americans in early 1692. Salem witch trials were the most famous witch trials in history, and they lasted between February 1692 and May 1693. Many people received brutal torture to make them admit their links with witchcraft. As a result, 50 confessed to being witches, and more than 150 were put inside prisons while 200 more were accused.

Gerald Gardner created this religion and introduced it to the public in 1954, and it is the modern-day movement and religion. This Englishman explained that Wicca emerged from a European witch-cult that was persecuted during the witch trials. Gerald Gardner was a retired British civil servant, and he was one of the pioneers of this movement.

Wicca is typically duotheistic meaning they worship a Goddess and a God namely Moon Goddess and the Horned God. The practice of Wicca involves the ritual practice of magic ranging from low magic or folk magic to ceremonial magic. Their magical tools usually include a knife called an athame, a wand, and a chalice. There are also more tools like a broomstick, cauldron, incense, and a curved blade known as a boline.

In Canada, the original high priestess and high priest successfully campaigned for the British Colombian government and federal government in 1955. The campaign was to allow them to perform recognized Wiccan weddings and to become prison and hospital chaplains. Also, the campaign allowed them to become the first officially recognized Wiccan chaplain in a public university.

Belief and fear about the existence and power of witches have existed in India for so long till now. The regions that have deep beliefs are West Bengal, Assam, Bihar, and Jharkhand. The term that they use to describe witches is “daayan” or “daayani”, the word derives from Sanskrit which means a woman with supernatural powers. There is a secret cult of Daayans that emerged in the Maharashtrian which is the village of Harangul where beliefs are still strong.

Generally, people there believe that women who were ill-treated by family members or died unnaturally will return as witches. The witches will hunt down and kill their family members starting with the younger ones. Alone in the states of Assam and West Bengal about 750 people were killed as witches between 2003 and 2008. Most of them were women, and old or widowed women usually become the victims of such witch-hunting acts.

10Witchcraft Is Not Satanism

So witchcraft is rooted in pagan beliefs, and most of the pagan systems are not Christianity. That means witchcraft has nothing to relate with Satan or any concept of Satan at all. Some thought that witches worship Satan, and that is totally not true. On the other hand, Satanists worship Lucifer; and Satanism has existed for almost as long as Christianity has. So Satanism is the only magic-practicing religion that worship the Christian Satan, and the notion that witches worship Satan is false.