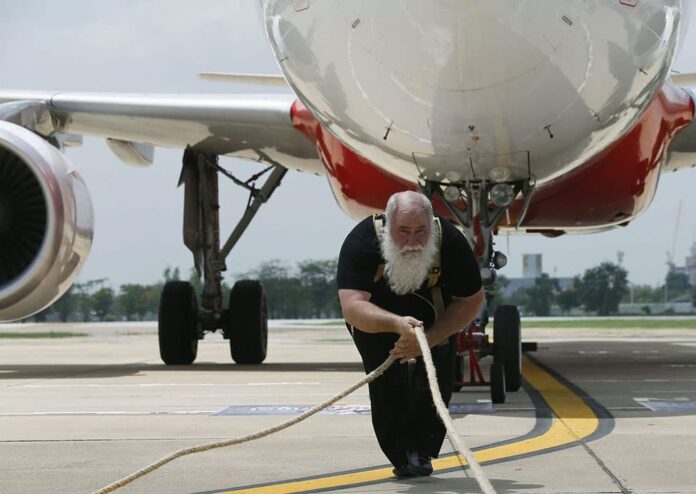 Human beings are unique, and here are some awesome people who own Guinness World Records from their talents. We all have different skills, each of us is good at doing different things from simple to tough ones. Some people are so strong, while several of them have powerful body parts that can pull or push heavy objects. There are also people who have done things based on their abilities to help the societies and other people. If you want to know who these incredible are, let’s take a look at our list down below.

Speaking of talent, a woman from Germany could carry 19 glasses while walking over 40 meters. She owns a record for carrying the most steins of lager over 40 meters, women are always great!

He is 50 years old, but he is so strong that he could do more than 2000 push-ups in an hour. He said that he did this to prove for once and for all that Welsh people are physically, socially, and spiritually superior.

This incredible man rode a bicycle at the longest distance for whole 24 hours without his legs touching the ground. He rode for 556.856 miles in total, and he his world record for that.

This man from England has more of a scary talent with his skin. Garry could stretch the skin of his stomach to the length of 15.8 centimeters. This image says it all.

Here is the man who takes consecutive bench presses to the next level. He held his breath for about 90 seconds while doing 36 repetitions of 50kg barbell.

She must have a high level of pain endorsement to have that many tattoos on her body. Isobel has 93% of tattoos covering her body including sensitive areas, and that, she won a Guinness World Record. Isobel is the woman with the most tattoo on her body.

I believe this one is a bit too scary. Kim can pop her eyeballs to a protrusion of 12 millimeters beyond her eye sockets. I don’t know how she discovered this talent, but she won a Guinness World Record from that.

Lois Gibson is the most successful forensic artist who owns Guinness World Record for most identifications by a forensic artist. She had a worse experience with a serial rapist and killer when was 21 years old. She almost lost her life in that horrific event, and that was is when she began to sketch her attacker. Since then, 751 criminals have been positively identified between 1982 and 2016. She has helped many people during these years, and of course, she deserves this record.

Isobel Varley has tattoos on 93% of her body, but this man’s body is 100% tattooed. Yup, he has tattoos all over his body, even in his eyelids.

He is someone who is not afraid of heights, and put his life on a beam. Mike received a record for walking on the beam between 2 balloons at an altitude of 6522 meters above the sky.

Rev owns a record of the world’s strongest man for the heaviest vehicle pulled over a distance of 100 ft. The vehicle he pulled at the time weighted about 57, 243 kilograms. It was a fire engine. He also pulled Boeing airplanes and more vehicles using his body as well.

What a strong right arm he has! All Tazio needed was one hand to climb a ladder. He climbed 36-level vertical stairs, and he received his record for the fastest one-handed ladder climb in the world.

Imagine you walk on a snowy day, how many layers of clothes would you need? This amazing man has his body except his face buried under ice for 1 hour 42 minutes and 22 seconds. He was having his fun chilling moment as the Ice King.