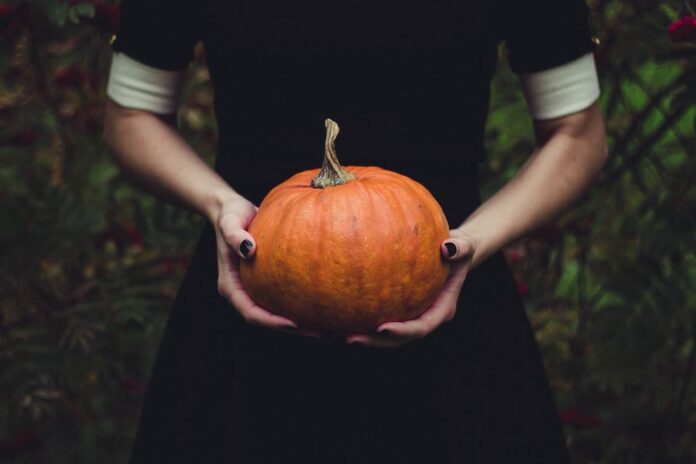 Halloween has been celebrated in many countries for hundreds of years. As it is approaching soon, we will look into the history of Halloween and more interesting activities on this day. In the past few years, Halloween has been also a fun event in Asian countries as well. Kids and teens enjoy such celebrations due to the makeup, costumes, and parties. But the origin of the event might not be as widespread as the event itself. Here we have a short brief on the history of Halloween, and activities on this fun day. Don’t forget to share it with your friends!

Halloween goes by many different names such as Hallowe’en, Allhalloween, All Hallow’s Eve, or All Saint’s Eve. Most countries that celebrate Halloween normally start the event on the 31st of October. It is believed that Halloween is a tradition that originated from the ancient Celtic harvest festival of Samhain (pronounced as sow-in or sah-win).

This day is marked as the end of summer and the harvest, and it is the beginning of the dark and cold winter. Such time of the year often associates with a human death, according to beliefs. On the night of the 31st of October, they celebrated Samhain which is when the ghosts of the dead returned to earth. People believed that the ghosts’ presence is to damage their crops, so they made sacrifices to avoid such things.

The sacrifice includes huge sacred bonfires where people gathered to burn crops and animals to the Celtic deities. During the celebration, the Celts wore costumes consisting of animal heads and skins. After the bonfires were over, they re-lit their hearth fires which they had extinguished earlier that evening. The purpose was to provide protection to the village and the people when the winter came.

In modern days, trick-or-treating involves kids going from door to door for candies. Back in the old days, things were completely different. Before, Trick-or-Treat was when poor citizens begged for food which other families would give them pastries called “Soul Cakes”. By doing so, the poor citizens promised to pray for the family’s dead relatives. As time goes by, pastries began to change to ale, food, money, and more instead.

3Why Do People Wear Costumes?

If you look back to hundreds of years ago, winter was an uncertain and frightening time of the year. As winter came, food supply ran low while the day turned dark. And things got even more eerie during Halloween due to the belief of ghosts venturing into the above land. People were afraid that they would encounter ghosts if they left their homes. So, they would wear masks to disguise themselves from the human look in order to avoid the spirits.

As October comes, you will see pumpkins on the market sold for people to make lanterns on Halloween. People will carve pumpkins with different faces and place them on their porches or doorsteps. So the question is where does this tradition come from, and how? Actually, the name and origins are from an Irish folktale that Irish immigrants brought to America, the home of the pumpkins.

For centuries, there was a myth about an Irish man whose name was Stingy Jack. Based on the story, Stingy Jack invited the Devil to have a drink with him which he didn’t want to pay for. That was when he convinced the Devil to turn into a coin so that he could buy their drinks. Once the Devil did so, Jack decided to keep the money by putting it next to a silver cross. The cross prevented the Devil from changing back into his original form.

Jack said he would free the devil under the condition that he would not bother Jack for one year. If Jack should die, the Devil would never claim his soul. As one year passed, Jack tricked the Devil again to climb into a tree to pick fruit. While the Devil was up there, Jack carved a sign of the cross on the tree’s bark. To free the Devil, Jack made him promised not to bother him for 10 more years.

Not even 10 years yet, Jack died. According to the legend, God would not allow such a person into heaven. As the Devil himself who was upset by the tricks and lies, he would not allow Jack into hell either. So he sent Stingy Jack off into the dark night with only a burning coal to light his way. Jack put the coal into a carved-out turnip and has been roaming the earth ever since.

In different countries, people began to make their own versions of Jack’s lantern by carving scary faces on different objects. In Ireland and Scotland, people use turnips or potatoes. As for England, people there used large beets, while the perfect ones are in America, pumpkin lanterns.

Halloween costumes varied in different preferences based on supernatural figures. That included vampires, monsters, ghosts, skeletons, witches, and devils. As time goes by, costumes began to change especially in the United States. The costumes these days are based on popular characters from fiction, celebrities, or movies instead. Also, masks are not as popular as before due to the popularity of modern realistic makeup.

When it comes to Halloween, there are several games and activities that people often play. One most popular of which is “Apple Bobbing”. The game involves apples in the tub and participants must use only their teeth to remove the apples. Players must kneel on a chair and hold a fork between their teeth and try to drive the fork into the apples. Who picks the most apples will win the game.

Another popular game involves hanging up treacle or syrup-coated scones by strings. Participants must eat the scones without using their hands while they remain attached to the string. Such activity normally to sticky faces, and fun of course.

Apart from that, people especially young girls often had their fortune told especially in marriage by doing different activities. Those activities are finding hidden items in food, looking into a mirror in a dark room, and more.

7What Is The Popular Food On Halloween?

From food for giving to trick-or-treating children to food to eat, there is a wide variety of them. Since Halloween often celebrates in the year of apple harvest, most food is related to apples. That includes candy apples, caramel or taffy apples, and more. Food is also varied in different countries as well like Barmbrack in Ireland, Bonfire Toffee in Great Britain, Monkey Nuts in Scotland, etc.