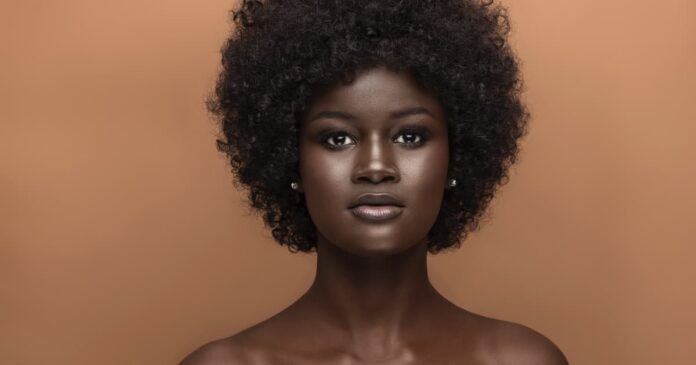 Naturally, there are 4 different types of skin colors including white, black, brown, and yellow. Uniquely, these people with unusual skin conditions were born with the rare case of skin types that make them stand out. The best part is they are proud of who they are and prove that being different is not a bad thing. Some of them have become models and actors, while others become activists to encourage other people. So you see, beauty is in the eyes of the beholder. Scroll down to see these 7 amazing people and let us know your thought.

Known as the most beautiful albino girl in the world, this young model is absolutely photogenic. She is a Russian girl who was born in 1996 with albinism. Her unique skin color along with her beauty has turned the fashion in Russia to a whole new level. She is like a doll with talent since she is also a good singer as well.

Freckles are a common thing for white people, but Nikia is the most unique one. She is not white, she is a black woman with freckles and reddish hair. Back in school, she was bullied and treated so differently from other kids. However, she didn’t give up which brought her to who she is today. Now, she is a model who has fronted campaigns for Coca-Cola, Target, and more.

Here we have another girl with unusual coal-black skin along with attractive features. Many people compared her to the goddess due to her elegant lips, nose, and eyes which bring out her beauty. Lola is also a very talented girl since she can speak 8 languages, and she is still a high school girl.

With a very dark skin tone, this girl from Senegal faced bullying pretty much everywhere she went. She started modeling when she was 17, and her beautiful photos brought the attention of people throughout the world. She began working with The Colored Girl, Inc. which is a group that promotes self-love to women. One of her best inspiring quotes is, “If you’re lucky enough to be different, don’t ever change.”

With freckles all over his body, Ralph had a rough time from childhood until high school. Thanks to his courage, he made his debut at one of Kanye West’s Yeezy runways and soon signed a modeling contract. Despite the mistreatment from people around him, he has built himself up which makes him a strong person with confidence.

Model is not the type of career that this American man expected to have, but he was born to be one. One day he met a photographer who took a few pictures of him which were printed in a magazine later. Stephen is an albino guy with astonishing eyes and the cheekbones of a Greek god himself. He has become a successful model since then, and the expected career began.

She was born with common skin tones just like other babies. But when she was 4, there was this white patch appeared on her stomach. After a few years, those white spots started to appear in other places all over her body even on her face. This is the skin disorder called vitiligo that caused such spots on her skin. Being a unique woman, Tyra Banks encouraged her to compete in America’s Next Top Model where she got 5th place. Today, she is the current brand ambassador for a Barcelona-based casual clothing brand with Brazilian supermodel Adriana Lima.