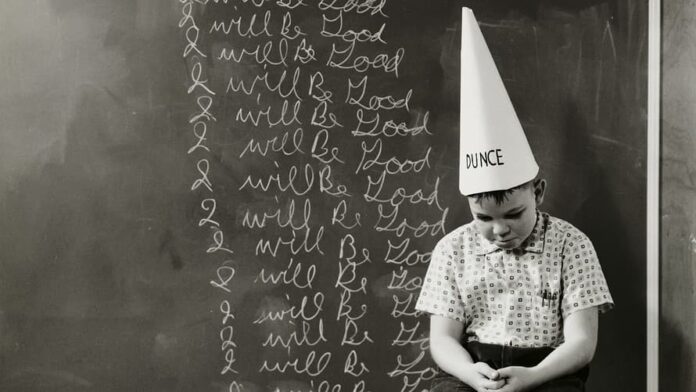 1Eating Lunch Off The Floor

In 2009, a class of fifth-graders in Charles Sumner Elementary School in New Jersey were disrespectfully punished. There was a student who spilled a jug of water while refilling a cooler. As punishment, the class was forced to eat their lunch off the floor. All they had was a small piece of paper to separate their lunch, and it lasted for 10 days. Even the students who were absent during the incident also had to receive the punishment.

2Locked Inside A Closet

Most kids are frightened of monsters in the closet, but a teacher in Houston scared the students even more. The teacher locked a four-year-old kid in the dark closet, and other 3 students experienced the same punishment later. The little kid was so afraid he threw up in there.

There was also another case in which a teacher locked a five-year-old student in a closet for punishment. And forgot about him when class finished. The parents of the kid were so worried they went to the school where they found their son in the closet. The poor kid was so scared he urinated himself.

Peas are small, but they might cause terrible pain if you kneel on them as they are frozen. No, it is not a picture of 2 fingers. These are the legs of an Asian female student who was forced to kneel on frozen peas for a few hours.

It is a common thing in Asia among strict schools to punish disobedient students. Many students have been forced to kneel on frozen peas, corn, rice, and other spiky fruits skin with their hands raised. There are also schools that expelled students for taking pictures of the school punishments and putting them on the Internet. There was a girl in China who was expelled after she posted pictures of harsh punishments online.

We already hate it when we got a drop of ink stain on our clothes. Imagine your classmates using a permanent marker to draw all over your face. A fourth-grade teacher punished her student who could not reach the reading goal with 2 choices. They would either skip recess or allow their classmate to draw on their face. Kids wouldn’t want to skip recess, so there were 6 students who ended up having faces full of doodles.

Now I understand why bullying is so common in the US, and the victims just stay there while the others bully them. This 14-year-old student, De’Angelo Rollins received a 3-day suspension because he defended himself when a boy hit him. The school reported stated that “another boy hit him and he fought back.” His fine and punishment including 350$ fine, four-month probation, and 20 hours of community service. I don’t understand this world anymore.

6The Cone Of Shame

A teacher in Florida made her students wear dog cones around their necks as punishment. Unfortunately, the students started to take photos of each other and posted them on social media. That was when the students’ parents found out, and the teacher was suspended without pay.

The therapy bag is a small duffel bag that a Kentucky teacher used as punishment for an autistic nine-year-old kid. As a punishment for not doing homework, the teacher stuffed the kid inside the bag. When his mom came to pick him up, she found her son trying to wiggle out of the bag calling for help. Later, the teacher was fired for such inhumane punishment.

You Might Want To Read: Capital Punishments Around The World