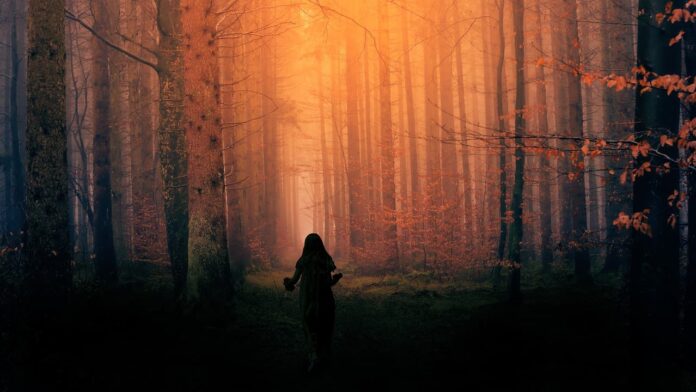 Many people believe that kids can see things that we can’t. There have been many real scary stories out there that kids told their parents. Some believed while others thought those were just imagination. From kids who remembered their past lives to those who saw strange things, we have short real scary stories today. Believe it or not, you might still want to spend a few minutes reading these mini scary stories. Feel free to share your experience with us in the comment section below, that would be super interesting. There are 10 stories below, let us know which one is the scariest of them all.

I lived at my brother’s house with my 3-year-old son, and he would come down the stairs every morning at around 6am. I would tell him to go back upstairs and back to bed. And he refused every morning because of the man with no face on the stairs crept him and his brother out. Then one day he was playing upstairs in his room, and he went to the bathroom up there and came running out screaming. He said he saw a woman in the shower who screamed at him to get out. The shower in that bathroom didn’t work anymore and wasn’t usable at all.

I have a cousin who heard that when she was little she would be in her room by herself. My aunt would hear laughters from her room. And when my aunt went to go check on her she asked her “What are you laughing at?” My cousin said, “I was playing with the man.” There were only two of them in the house.

My brother used to have night terrors, and they were insane. He would be asleep eyes wide open. I had to join in on them to help him. Sometimes he said “He’s trying to get me. I would tell him “It’s okay I’ve got you”. Once he was sitting at the foot of the bed screaming, I must have been 14 at the time. I was in front of him trying to comfort him, and I was told never to wake him. Then I talked to him, and he shuffled back into the corner screaming “He’s going to get you!!!” I crapped myself, he was looking over my shoulder and it was so real to him…

I’m a preschool teacher. One day, after we had put the kiddies to bed, a little girl sat up and had a confused look on her face. I walked over to her and she looked really freaked out by the time I sat down beside her. I said, “What’s the matter?” She replied, “You’re sitting on that man’s toes!!!” There was no man behind me and I had told her that. She then said, “He’s not behind you, he’s watching you!” Her eyes then followed “something” out the window, then she fell straight back to sleep…

My father-in-law passed away before my oldest was born. We have always had a picture of him on our refrigerator. She never questioned who he was. When she was younger, she was laying across my lap with her head on my stomach. All of a sudden she started giggling and saying “I know, I know – I’ll tell her!” When I asked her what she was talking about she said “You have a baby in your belly!” I was so confused. (We had not been trying for a baby). When I asked who she was talking to she said “The man in the kitchen.” She took me to the kitchen and pointed to my father-in-law’s picture on the fridge. She said, “That man right there, he told me you have a baby in your tummy!”

My husband and I brushed it off as I was not having any signs of pregnancy and hadn’t been trying.

Needless to say, about two weeks later I found out I was almost 11 weeks pregnant!

When my son was about three he was sitting at the kitchen table talking to me while I did laundry. Suddenly he stopped chattering and said, “Where’s my other mummy?” I said you don’t have another mummy, just me. He replied “Yes, I did. I had another mummy, but we were in an airplane and all the windows smashed and we got sucked outside.” And then he blinked and carried on babbling away. He had no recollection of saying it from that day to this. But I know he’s been here before.

He had no idea about plane compression or what happens during a plane crash. This was 1993 before the Internet and his TV were completely monitored so he couldn’t have known this from anywhere else.

When my little sister was around the age of 6 my mom and she was staying with my aunt. She was out front skipping. When my mom came from the front door to see where she was, she was on the neighbor’s lawn. She was trying to put the skipping rope around her neck. My mom screamed, “What are you doing that’s dangerous you can’t do that.” Her response was the man told me to do it. Later come to find out my aunt didn’t want to tell my mom the previous neighbor hung himself in the house.

My little sister who is 11 years younger would come out of her room for about an hour sometimes two while my mom watched TV. She said, “Mom I can’t sleep.” We would ask why? She would tell us without being upset “The lady in my closet woke let me sleep.” The first few times we would both go and check her closet. Nothing was there, and I tucked her back into bed. She wouldn’t get back up. We would just brush it off. Then one night it happened again, so we asked what she looked like and my little sister who was 2 went into detail:

My mom and I looked at each other like “wtf”. Went and looked, and found nothing. We think it was my stepfather’s grandmother.

When my son was 3, he was sitting in my wardrobe playing hide and seek. Not long after my brother passed away my son would sit in the wardrobe talking. I said who are you talking to. And my boy replied “the man”. He said I can’t hide here because this is his hiding space. And every now and then the door would just randomly open.