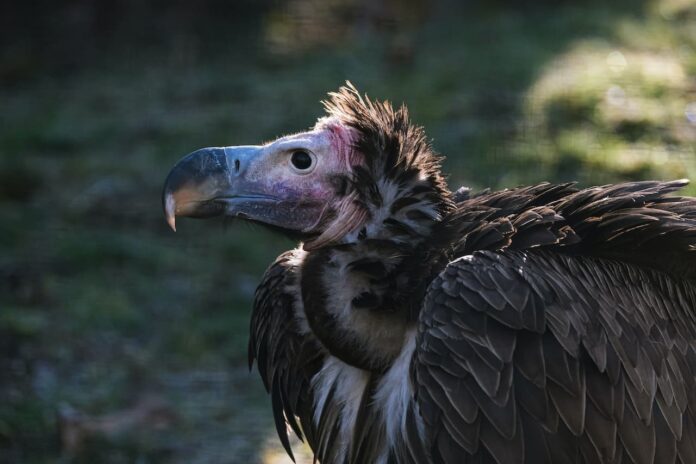 Scavengers are the animals that consume dead organisms especially carrion that they find or take from other hunters. Facultative scavengers are carnivores that are capable of hunting but prefer to gain their food in an easier way instead. This type of scavenger will hunt if there is not enough carrion for them to feed on. There are also scavengers that exploit roadkill for food on a daily basis as well. Scavengers play a fundamental role in the environment through removal of the decaying organisms, and we need them. Just like vacuums, the scavengers serve nature as a sanitation service. Below we have some of the best scavengers in the wild, so check them out.

There are only two species of Condors, the New World Vultures, including the Andean Condor and the California Condor. Both condors are very large vultures with a broad wingspan that allows them to soar through the sky. To find carcasses and corpses, they look for other scavengers like eagles and smaller vultures to get to the food spot. These large vultures prefer to dine on the carcasses of large terrestrial mammals like deer, goats, sheep, donkeys, horses, cougars, bears, or cattle. With their large size and tough beak and talons, they are able to rip through tougher hides of larger animals easily. In the wild, they are intermittent eaters so they often go for a few days without eating and then feast on large meals at once. The condors are very interesting flying land birds, and they are amazing scavengers as well.

Fun Fact: Condors are monogamous birds, and they mate for life.

Crows are both predators and scavengers, and they eat pretty much anything they can find and swallow. There are 40 of their species, and most of them feed on a variety of meals. Their diet consists of various roadkill, insects, frogs, snakes, mice, corn, human fast food, even eggs, and the nesting of other birds. Crows are everywhere over the world in a variety of habitats except in Antarctica. Crows are loud and very intelligent, but farmers also consider them pests who steal their crops and seedlings. These scavengers are not a favorite bird of many since they generally associate with dead bodies, battlefields, and cemeteries.

Fun Fact: A group of crows is called a “murder”, the origin of this is based on old folk tales and superstitions.

The hyena is a carnivorous mammal that is so sneaky when it comes to feeding. There are four species of hyenas, and three of which are scavengers including Brown Hyena, Spotted Hyena, and Striped Hyena. These sneaky scavengers are known to take advantage of other animals’ kills for easy meals although they are capable of hunting. Hyenas have a wide diet, and they will eat carcasses in various stages of decomposition. Usually, hyenas eat the entire animal including their bones, hooves, and everything, leaving almost nothing behind.

Apart from being scavengers, hyenas are famous for their high pitch laughs to signal excitement to the pack as they found food. Hyenas are creatures of the night, and they live in a wide range of habitats including savannah, forest, riverine bush, desert, and mountain terrain. Native farmers despite them wrongly thinking that they kill livestock when they feed on carcasses.

The combination of wolves and domestic dogs makes these omnivore mammals look similar to dogs. Jackals are just like coyotes, they are opportunistic omnivores as well as proficient scavengers. They often scavenge the remains of kills made by other larger predators like lions, tigers, leopards, dholes, and gray wolves. Jackals play a vital role in keeping the number of parasites in the area down and the ecosystem healthy by scavenging.

Sometimes they assemble in small packs to scavenge a carcass, but they normally go alone when it comes to hunting. Jackals are very territorial animals, and they have no hesitation in defending their marked territory at all. They only have 3 most feared predators which are leopards, hyenas, and eagles.

Fun Fact: Jackals have appeared in many religions such as Christianity, Serer Religion, and other religions in Egypt, India, and Pakistan.

This stork species is a frequent scavenger, and they often hang out with the vultures when they feed. Marabou storks are large and powerful birds, and they mainly eat carrion, scraps, feces, and almost any animal matter they can swallow. Occasionally, they eat other birds like pigeons, doves, pelicans, cormorant chicks, and even flamingos. But when they feed on carrion, these storks usually follow vultures to the food source and wait for them to tear meat into pieces. When the vultures cast aside a piece, they will steal it directly from the vultures or wait until the vultures are done. When a marabou eats, it can swallow up to 2.2 pounds of meat with a single bite. Since they can eat in large proportions, they sometimes devour anything from human garbage like shoes and pieces of metal.

Fun Fact: Their nickname is “the undertaker bird” due to their appearance which looks as if they wear a cloak.

It is known that opossums are scavengers, and they eat almost anything they can chew. Opossums eat dead animals, insects, rodents, and birds, and they also feed on eggs, frogs, plants, fruit, and grain. As scavengers, they often visit human homes or settlements to raid garbage cans, dumpsters, and other containers. These marsupials are attracted to carrion, and people often see them near roadkills. Their most well-known trait is their tendency to play dead in front of predators when they have the fear of danger. Opossums are smart, clean, and so beneficial to humans than many other woodland animals, and they are one of the best scavengers as well.

Fun Fact: Many large opossums are immune to the venom of rattlesnakes and pit vipers, and those snakes are their regular meals.

As full-time scavengers, vultures play a crucial role in the environment that helps regulate potential carcass-borne diseases exposed to other fauna. People always see them as ugly, disgusting, and unhygienic birds who feed on dead animals. Little do we know that vultures are nature’s best cleaners who perform an essential function by efficiently locating and consuming carcasses. As scavengers who fly, vultures have keen eyesight that helps them to look out for dead or decaying animals on the ground.

Vultures have a unique genetic makeup that allows them to digest carcasses and guard themselves against constant exposure to pathogens. Plus, they also have strong immune systems and mechanisms that stop infection from the carcasses they consume. Most vultures are great scavengers, especially in hot regions, and they help a lot in preventing botulinum, hog cholera bacteria, and anthrax bacteria. The sad thing about these facultative scavengers is that 3 species of them are already endangered while 9 more are critically endangered. There are only 22 vulture species, and there would be so many carcass-borne diseases in the world without them.

Fun Fact: Vultures urinate on themselves as a way to keep themselves cool when it is hot.