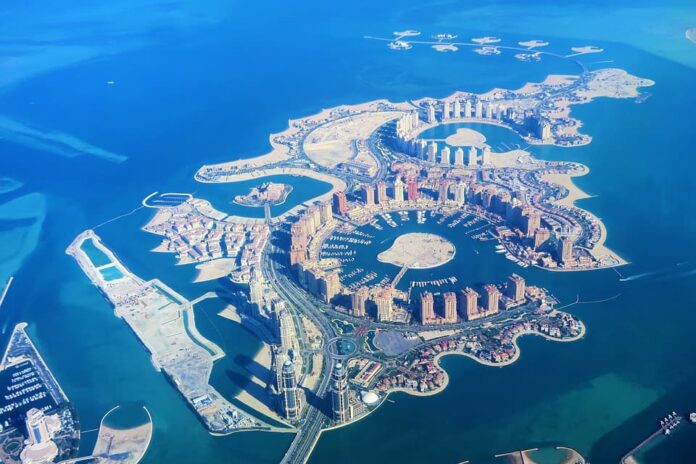 The world has become so vulnerable to natural disasters in the past few years, and that is inevitable. However, there are some countries that have lower risks of facing natural disasters. People in those countries have very low or even zero risk of severe storms, drought, earthquakes, and even tsunamis. It is true that no place is perfect, but it is always great to know the safest place in this dangerous world. In case you are looking for countries with a low risk of natural disasters, this article is perfect for you. There are actually several safe countries in the world, so check them out.

It seems impossible for a country in the Caribbean to be one of the countries that are least prone to natural disasters. Despite the fact that many other Caribbean islands are regularly hit by hurricanes, Barbados is always safe from it. This country has never experienced earthquakes nor volcanic eruptions at all while the moist tropical climate prevents forest fires. Plus with the beautiful beach and the surrounding, Barbados is one peaceful and natural place to live in. The only hazard that this country experiences is minor landslides resulting from heavy rains, and that’s simply it.

Located in Southeast Asia, Cambodia is one of the countries with lower risk of natural disasters. Despite the fact that Cambodia is bordered by the sea, this country has no history of tsunamis at all. Earthquakes are also not the thing that has ever happened before as well, and that is a total plus. Severe storms are not a common thing in Cambodia, and drought is never the case. For the past few years, there have been only a few cases of flood in some provinces which lasted for short period.

Cambodia has only two seasons a year including the dry season and rainy season, each of which lasts for six months. The weather is normally hot, and there is only one week of coldness which is in January. For people who enjoy summer and extra warm weather, Cambodia is simply perfect for them. There are many ancient and historical sites along with natural resorts to visit in this country, you won’t get bored.

Since 1900, Estonia has had no record of major disasters like fatal floods, droughts, earthquakes, or severe storms at all. Also, Estonia is devoid of any elements of extremism or deep ethnic conflict within its borders. Plus, the security in the country itself is also great since the government works really hard to keep the country safe. If you can handle cold weather and want to live in northern Europe, then Estonia is the country for you.

Here we have a peaceful and breathtaking country that lies in the Mediterranean Sea, south of Sicily. It is true that this country lies near the fault line of the European plate, but it is super safe. In the past 500 years, Malta has only experienced 7 earthquakes. Just like the rest of the Mediterranean, this country does not get hurricanes at all. Also, the last time this island experienced a major tornado was in the 1550s. Both the country and the environment are very relaxing there, and that makes Malta one perfect country to visit.

Just like Cambodia, Singapore is also one country with low risk of natural disasters as well compared to other countries in Southeast Asia. Singapore is a small yet modern city that provides convenient lifestyles for people who live there. Not different from Cambodia that is in the same region, Singapore has never had records of tsunamis or earthquakes at all. Typhoons do occur in Southeast Asia, but they never hit Singapore first.

When there are typhoons in nearby countries like Malaysia or Indonesia, Singapore only gets the after-effects. That includes some heavy rains and strong wind, and that’s it. The society of this country is diverse, but it has a great history of harmonious multiculturalism. The country is super safe and well-developed, and Singapore is simply ideal for people who prefer modern lifestyles.

Many sources and researches have proved that Qatar is the safest country when it comes to natural disasters. With its sheltered position inside the Persian Gulf, Qatar is protected from tropical cyclones. On top of that, there are no earthquakes or volcanoes in this country at all since it is far from fault lines. At the same time, most of the terrain consists of barren plains and sand dunes. Plus, this country has no forest so there is no risk of forest fire in Qatar in case you wonder.

Qatar is a country that is quite rich in oil, and it is a wealthy and industrialized nation as well. The best part is that this country is very beautiful, and there are also many places to visit. Despite the fact that Qatar is quite hot in summer, everything is very interesting about this country. To cut things short, Qatar is great for both vacation and settlement in case you want to move there.

Saudi Arabia is nowhere far away from Qatar when it comes to location and the risk of natural disaster, very low. This country rarely experiences earthquakes or any dangerous weather conditions like flash floods or dust storms. As a matter of fact, Saudi Arabia is prone to natural hazards, especially earthquakes and volcanic hazards. We all also know that the Kingdom of Saudi Arabia is one of the world’s wealthiest countries with well-developed infrastructure. So even if natural disasters occur, the citizens are still safe.

Apart from the occasional sand storm which is common in sandy countries, the UAE is super safe. There haven’t been any records of earthquakes, fatal storms, or volcanic eruptions at all. The United Arab Emirates is a very wealthy country with complete development for its people. Should there be any natural disasters, things also will not go any bad as well. The only problem in this country is the high temperature that can be very hot in summer and most months. Other than that, the UAE is one great place to go to or live in.