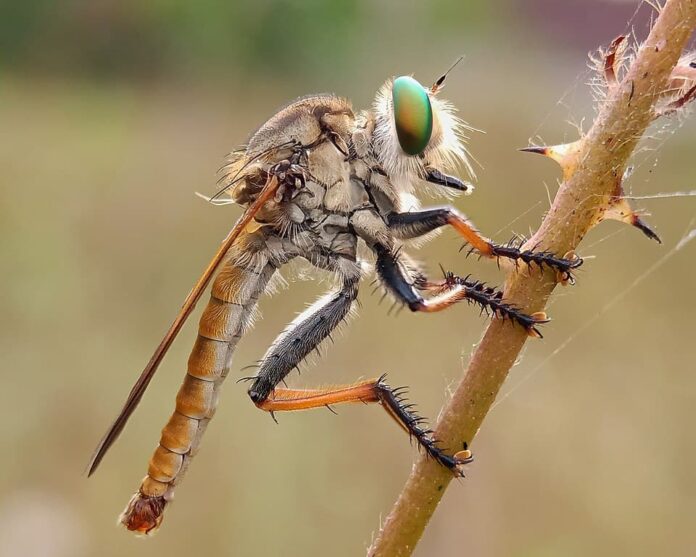 Nature is very dangerous sometimes, especially for smaller animals out there. To survive, many of them use mimicry in order to look similar to some other dangerous animals. So what is mimicry? Mimicry is when two or more organisms that are not closely related resembles one another. With mimicry, those helpless animals will be able to protect themselves from their predators. There are two main types of mimicry including: Defensive Mimicry and Non-Defensive Mimicry. Let’s dig a little deeper and find what those animals with mimicry are with us today, shall we?

At some point, ants are not the insects that many other insects or predators want to mess with. Well, they always work in a colony of thousands or even millions of members. That is why this praying mantis mimics an ant. We all know that ants are extremely aggressive, while some species have acidic tastes along with venomous stings. However, the mantis also resembles the look when they are just a baby or nymph since their color is black. Once they grow, their color will change and will look more like the regular praying mantis that we all know.

You might wonder why this beetle wants to mimic the look and characteristics of a ladybug like that? Looking cute, innocent, and all, ladybugs actually possess noxious chemicals that wreak havoc on taste buds when consumed. Not to mention the reputation of emitting lingering odor when disturbed or smashed, ladybugs are not nice to have at all. That my friends, is why not many predators want a ladybird for dinner or even for snacks.

On top of that, the brighter the ladybugs, the more rancid they will taste. So no predators would want to have the taste of horror from this callous insect at all. That explains why this type of beetle wants to look like a ladybug so much. Mimicking the color and look of the ladybug helps save their lives, and that is how these beetles survive.

There are more than 300 spider species out there that mimic the social behavior as well as the appearances of ants. Spiders are really good when it comes to mimicking the others, especially ants. One of the examples is the mimic spiders that can adapt the zig-zag locomotion pattern that ants do. They also wave their first or second pair of legs in the air to create an antennal illusion. By mimicking, spiders will be able to survive longer which leads to laying more egg sacs over their lifetime.

At a quick glance, these scary snakes are the last thing you want to come into contact with. But if you look closely, you will realize that you are actually looking at a caterpillar. There are many species of caterpillars in the rainforest, and all of them have different ways and looks of mimicry. Some disguise themselves as venomous snakes while others simply look scary enough to survive from predators.

These caterpillars have markings on their body that resemble the eyes of some snakes. They can instantaneously transform into snake-like creatures that can freak you out for a second. The caterpillars simply puff out the front part of their bodies to rearrange their hidden yellow, white, and black spots. Then voila, you will have a convincing serpent look-alike that can jab as if they are about to strike. These rainforest caterpillars can scare off the predators and even humans real good, their mimicry skill is just incredible.

Just like the name suggests, this robber fly is truly a robber for the fact that it steals the look and attacks the original model. Robber flies try so hard to look like a bumblebee so that they could deceive honeybees and wasps that they feed on. Another reason for mimicking is to get predators to think that it is a real bumblebee that is capable of stinging. So robber flies get to stay alive and get to eat the insects that mimic at the same time.

This type of fly likes to lie and wait until the prey passes by before they attack the unsuspecting victims. These flies use their dagger-like proboscis to cut into the prey’s skeleton then inject a combination of venom and digestive enzymes. Doing so allows the fly to paralyze and liquefy the innards of the victims before sucking them dry. Not so innocent and nice, but that is just the way nature is.