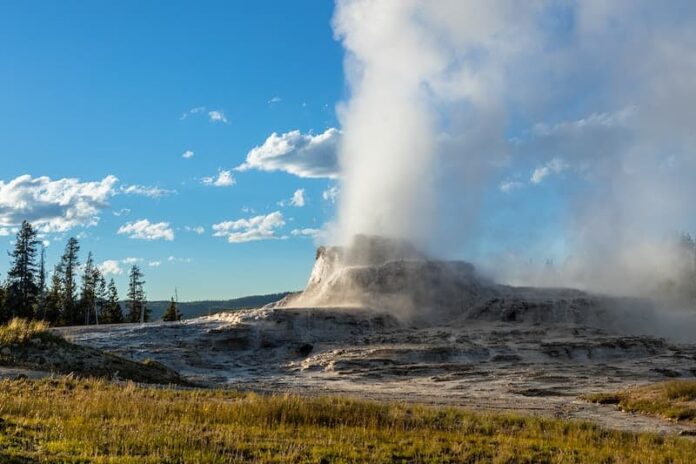 Volcanoes are already scary, let alone the thought of living in countries with supervolcanoes that could erupt at any time. Some of you might wonder what a supervolcano is. A supervolcano is a type of volcano that throws magma and rocky particles over an area greater than 1000 cubic kilometers when erupts. The good news is that supervolcanoes only erupt about once every 100,000 years on average which allows us to enjoy the 21st century better.

There are about 12 known supervolcanoes on Earth both in Asia and on other continents in the world. The one thing that can trigger supervolcanoes to erupt the most is earthquakes. However, one supervolcano will erupt when the level of magma liquid is enough to explode. When it does, everything is a total disaster that affects many parts of the region or even the world. Below, we will talk about 10 countries with supervolcanoes that you should be aware of. Let’s see if you have heard about these countries before.

This is one of the supervolcanoes in Japan that has the power to destroy the world if exploded. Scientists have projected that the eruption from Aira Caldera could cause a volcanic winter for years. So much ash would be blasted into the atmosphere that it would cause an anti-greenhouse effect. That means the ash blocks out the sun which leads to a drop in global temperatures. It is like a nuclear winter but without radiation. As scary as it sounds, there is a low chance that this supervolcano is going to erupt.

Where: Border of China & North Korea
Last Exploded: 5000 years ago

Baekdu Mountain, Paektu Mountain, or Changbai Mountain, is an active volcano located on the border of China and North Korea. The eruption was so violent it left its tephra as far as the southern part of Hokkaido, Japan, and Greenland. The eruption also destroyed much of the volcano’s summit leaving a caldera filled by Heaven Lake today. Apart from the largest eruptions, there are three smaller eruptions that occurred in 1668, 1702, and 1903.

One of the most memorable volcanic eruptions is the Krakatoa eruption in Indonesia. Krakatoa is a volcanic island that is between the islands of Java and Sumatra. More than 70% of the island and its surrounding archipelago were destroyed as it collapsed into a caldera known as Anak Krakatau meaning Child of Krakatoa. It was one of the deadliest and most destructive volcanic events recorded in history. Not only deaths from the volcanic eruption were caused but also from the tsunami. The tsunami caused by Krakatoa hit as far as South Africa and killed over 36,500 people in total.

Being one of the world’s supervolcanoes, its latest eruption ejected 727 cubic miles of volcanic materials into the air. The good news is that this supervolcano is currently dormant with chances of eruption once every thousand years or so.

It was a couple of hundreds of years ago when the Laki eruption occurred and lasted for eight months. The event spouted volcanic material that spread a haze across Europe. The disaster did not end there, there was also acid rain showered upon Iceland that led to a lot more trouble. Crops were destroyed, livestock was poisoned, and a quarter of Iceland’s population died in the resulting famine.

Where: California
Last Exploded: 760,000 years ago

When this supervolcano erupted, the ash covered all of the western United States. The explosion was so vast it caused the volcano’s magma chamber to collapse. This supervolcano has a high chance of erupting again due to an earthquake swarm that started a new era of activity in 1980. To protect the local and nearby people in case this supervolcano will erupt again, they created an escape route. Mammoth Scenic Loop is the name of the route, and it serves as an emergency escape route if the volcano shows signs of imminent activity.

It was a scary experience to know that this volcanic eruption killed around 10,000 people instantly with its pyroclastic flows that raced down the volcano’s side. That was not it, the superheated rivers of lava and gas reached the sea and set off tsunamis that devastated the surrounding islands. This supervolcano eruption alone killed no less than 70,000 people which was the largest death by a volcanic eruption in history.

Where: Indonesia
Last Exploded: 74,000 years ago

This supervolcano erupted so hard it left a volcanic winter for a decade which led to global cooling that nearly wiped out the human race. Only about 3000 – 10,000 people survived this disastrous event despite the magma and ash that covered the atmosphere. According to scientists, this supervolcano will not blow up anytime soon unless in hundreds of thousands of years away. So don’t you worry about climate cooling and polluted air for now.

Known as Campi Flegrei, this supervolcano is very dangerous due to the fact that there is a dense population surrounding the area. Monte Nuovo eruption was the last eruption of this supervolcano back in 1538. There were more than 20 earthquakes before the actual eruption, and the ground over the caldera rose quickly. In a single night, the elevation changes to over 22 feet. The new volcanic cone was created within a single week, and it killed several people who came to see it with another eruption.

Yellowstone is a famous supervolcano as well as one of the largest volcanoes in the world. If this supervolcano were to erupt again, the ash would be so thick it can collapse roofs on houses in neighboring states. That is not all, the effect will occur in every part of the world, especially in the climate. There will be no food, there will be air pollution, and people will die from time to time. If that is really going to happen, there will be a huge disaster that can destroy at least 90% of humankind. For now, let’s just hope that such a massive catastrophe will not happen any time soon yet.