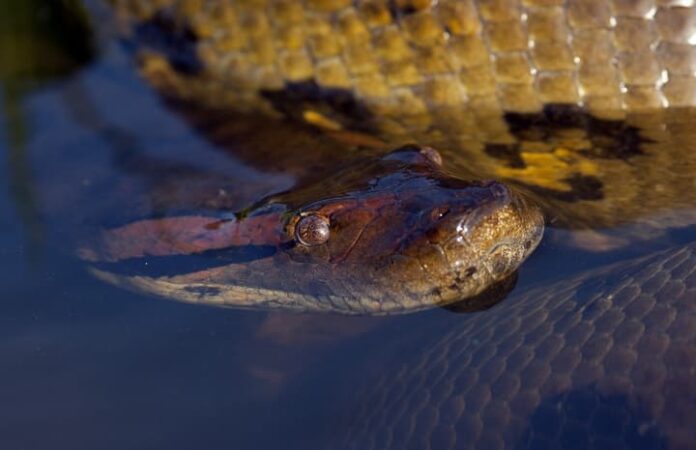 Anacondas are the largest and heaviest snakes in the world, and they are the second longest among their relatives. These reptiles usually live in tropical rainforests, lakes, and swamps of South America, especially near Amazon and Orinoco rivers. Anacondas are very dangerous and strong snakes, and there are 4 types of them. Despite their large size, it is not easy to spot them since they are very good at hiding in the water. People also hunt these sakes for their skin to produce fashion products, but they are not endangered which is a good thing. This article is going to bring you some short interesting facts about anacondas that you might not know about. Let’s do it, shall we?