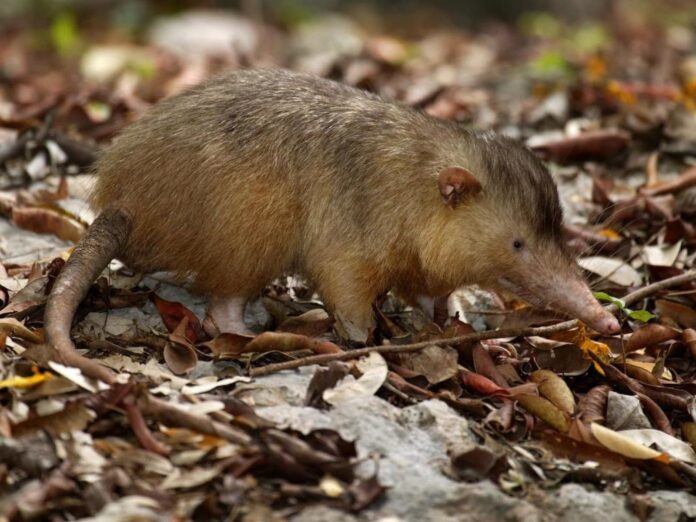 Mammals are predators; therefore, they usually hunt using their skills. That is why not so many venomous mammals are known to people since that is very rare. Venom is way more common among vertebrates, as for mammals, not so much. Our job is to bring you rare cases like that which is why we are here with a list of venomous mammals. Obviously, venomous mammals are mammals that produce venom in order to kill, disable prey, or defend themselves from predators. Below are the rare venomous mammals in the world that you should know, let’s see how many you know.

Moles are animals with bad vision and large hands that love digging, and they are also among venomous mammals. Not all moles are venomous, the only specie species of moles that are venomous is European Mole. This type of mole uses its bites to paralyze its prey which is earthworms so that it can store them for winter. Apart from earthworms, they also feed on insects, centipedes, and even mice and shrews. The toxin-contained saliva of moles can only paralyze earthworms in particular.

When it comes to venomous mammals, the platypus is the animal that has to be on the list. Platypus is one of the few mammals that produce venom, and their secret venom is on their hind limbs. The thing is that the males only use their venom in the breeding season as part of the competition for mates. As for the females, they also have spurs but lose them during development. So basically, the venom of platypus is not entirely for protection at all.

Just so you know, the venom of a platypus is powerful enough to paralyze smaller animals but not lethal to humans. However, the venom produces excruciating pain that may be intense enough to incapacitate us humans if we are unlucky. In case you wonder, the platypus only uses their venom on humans when people hunt them for their fur. There hasn’t been any report on human fatalities because of platypus at all so far.

Shrew is a small mole-like mammal that you can find almost anywhere in the world in tropical and temperate land masses. Only the short-tailed shrews have venom in their bites which can paralyze and subdue their prey even the ones larger than themselves. Shrews conduct their venom by grooves in their teeth not by fangs. The venom contains various compounds which can cause high blood pressure in their prey. The good thing is that venom from shrews is not too dangerous to humans, but it still causes extreme swelling.

Because they are not very fast as you can tell by the name, slow loris has to have ways of defending themselves. Being one of the venomous mammals, slow loris has toxic bites which they obtain by licking a gland on their arm. After that, they will bite their predators and deliver the venom which can paralyze, hurt, or even kill the predators. Female slow lorises will lick their brachial glands and then groom their young with their toothcomb to deposit toxins on their fur. That is to keep the babies safe from predators and parasites.

There are only two types of Selenodon that are venomous including Hispaniolan and Cuban. So they produce venom in their salivary glands that are delivered via grooves in their second lower incisors. The interesting part is that Solenodon delivers venom just like the way a snake does, using its teeth as a syringe. Basically, Solenodon injects venom into its target as a method of hunting for food. Their menu consists of insects such as earthworms and invertebrates as well as small reptiles and amphibians.