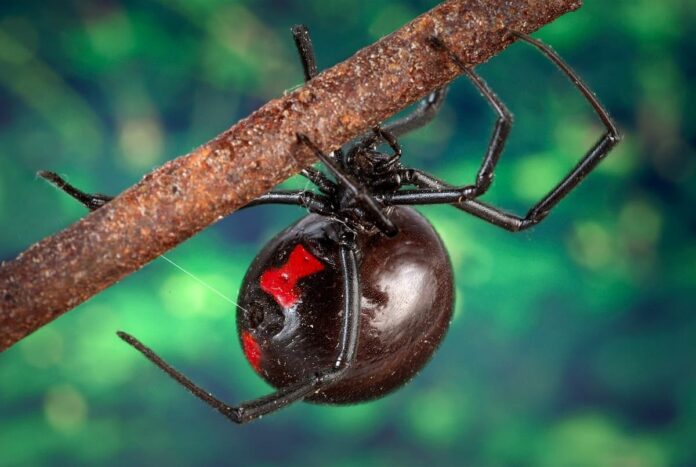 Let’s be honest, we all don’t want to go anywhere near any of this creepy crawlies at all. Let alone the most venomous spiders, that is totally a no no. Most people don’t like them because none of the spiders are likable. They live in dark corners and places, and they make webs that are sticky all over your face. Can you imagine having this 8-legged creature crawling on your legs right now?

If you are afraid of spiders, venomous or not does not even matter. However, you might want to the venomous ones so that you will be able to stay even further away when you come across them. Today we will look into 10 world’s most venomous spiders that have enough venom to harm humans. Remember their faces and names, and share this with your friends so that they will know about these creepy crawlies too.

You are looking at the most venomous spider on earth; claimed by the Guinness Book of World Records. Brazilian Wandering Spider, aka Banana Spider, is the deadliest spider in the world that belongs to the genus Phonetria which means murderess in Greek. They are called wandering spiders because they don’t build webs like most spiders. They usually walk at night looking for prey, and yes they are hunters. razilian Wandering Spider are also called banana spiders because they are also usually found in bananas as well. That sucks.

They are found in tropical climate areas like the Caribbean and South America. Its venom is a complex cocktail of toxins, proteins, and peptides that causes severe burning pain, sweating, and goosebumps. After 30 minutes, the symptoms will result in high or low blood pressure, fast or slow heartbeat, nausea, abdominal cramping, and more. By more, that includes hypothermia, vertigo, blurred vision, convulsions, and excessive sweating associated with shock.

If it bites a male, its venom can cause a painful erection for hours. 4 to be exact, and death comes right after. The bite of this spider killed 14 people, and an antidote was found in 1996. The good thing is this type of spider don’t attack human unless provoked, please don’t provoke them.

Here you are looking at the most venomous spider in the United States, and its look is also scary as well. Plus venom, Brown Recluse Spider is one of the spiders that you might not want to get any closer to. Its venom can lead to fever, convulsions, itching, nausea, and muscle pain. If things get extreme, victims might also experience necrosis as well.

P.S: Necrosis is the death of most or all of the cells in an organ or tissue. The venom of many spiders in this list can cause such conditions, so make sure to be always careful.

While this bastard doesn’t need to bite you to spread its venom at all because it can spit its venom. Heck yes! Not only that, but it also has a jumping mechanism that allows it to move even faster than it already does. Well, they are not deadly to humans, but their venom can cause localized swelling up to 10 inches (25 cm) in diameter. And look at those spiky legs, can’t stop cringing at that.

What a name! There are 3 types of false widow spiders, and this is the most venomous one. They are found in England, and their bites cause a lot of pain, swelling, nausea, and more. If things get even more serious and the bite becomes infected, it can even lead to gangrene.

FYI: Gangrene is a condition in which your flesh decays in part of your body because blood has stopped flowing.

You might come across Northern Tree Funnel Spider if you explore the woods or forests. This spider is a close relative to the Australian Funnel Web Spider, and both of them are just as deadly as one another. They mostly live in trees and wooded areas, so always wear high-knee boots and be careful while exploring in Australia.

Death from spider bites is just a scary thing to hear, and that is why my friend, you stay away from Redback Spiders. Its bite is not only painful but also deathly as well. The bad thing is that its venom can lead to certain death if not treated immediately. The anti-venom to this spider was invented in 1956, and hundreds of people’s lives have been saved.

Shy yet venomous, this kind of spider is the creature that you want to stay away from as far as you can. The good thing is that it does not go near humans at all because they are shy of course. However, the result won’t be any pleasant if this shy little creature does bite. The bad news is if bitten by a Six-Eyed Sand Spider, fatality is the last stage because there is no anti-venom to its venom at all. There is a case where a man lost his arm from necrosis after being bitten by this spider.

Why does everything deadly and venomous always live in Australia? This is Sydney Funnel Web Spider, and its venom can kill in just 15 minutes after the bite. There is an anti-venom to its bite, yes, but be sure to treat it quickly enough before it’s too late. Fortunately, this spider is native to Australia and is found only in Australia. Dear my Aussie friends, stay safe.

Not different from Brazilian Wandering Spider, Tiger Wandering Spider is venomous and dangerous when come into contact with humans. This type of spider possesses complex neurotoxic venom that causes severe pain along with other symptoms if bitten. Let’s just stay away from spiders no matter where you go to. Coming across spiders like this one is just very bad luck.

Be aware that only female black widows can harm humans, and here is how to recognize them. The females usually have a red hourglass shape on their abdomen. If you know you see a female black widow, run. Just run. Its venom is about 15 times as toxic as the prairie rattlesnake, or even worse. So yeah, gallop if you can.