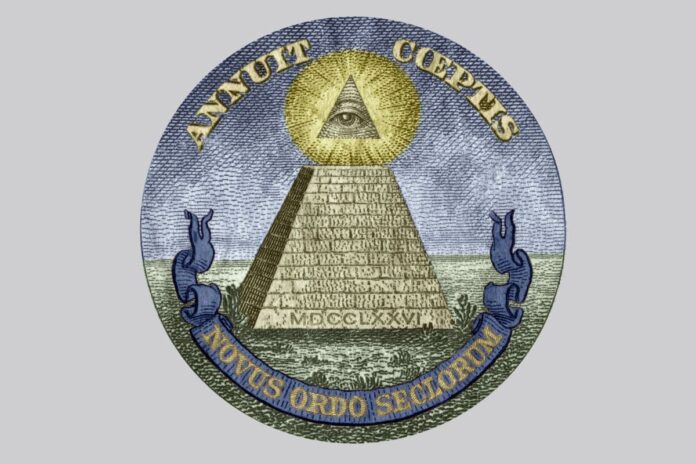 It has been many years that people have been talking about Illuminati, its symbols, and its effects on our lives. Illuminati is one of the most popular secret societies in the world, and some said it is based on worshiping Satan. The others say Illuminati is the mastermind in creating a new world order, but the truth remains unknown still.

The beginning of this secret organization was in 1776 with the main aim of planning the fate of the world. There were 12 members on the panel including elite people, politicians, religious people, or maybe some famous people. The thing is there are different symbols and signs of the Illuminati that have hidden meanings that we don’t know. This article will take you on a tour of those meanings, so check them out.

This is the most common sign that most of us are familiar with, you can also see them on the American dollar bills. This symbol stands for Lucifer which means he sees everything, according to conspiracy theories. More than that, the symbol also represents satanic culture as well as the power to change the world. All Seeing Eye aka Eye of Providence originally came from Egypt as you can see in the Eye of Horus. So basically, this symbol can mean different things to different people depending on the context.

You need to zoom in a bit more on your dollar bill to see the hidden owl in the detail. This owl is the representation of Minerva, goddess of wisdom as well as a powerful pagan, and lord of the underworld. Illuminati uses the symbol to depict and convey a message that they are powerful and wise rulers of the earth. The sign became popular because of its presence on the dollar bill.

Another interesting thing is that most powerful people hold meetings at the Bohemian grove with an owl as its mascot. Such a meeting is held once a year with a duration of two weeks, and we don’t what the meeting is about. The sign also appears in many other important areas in Washington D.C. as well.

It is the symbol that is available in the most powerful centers of the world, and it associates with the Egyptian god, Ra. The famous areas with this type of symbol that you can see are Washington, London, New York, and the Vatican. Some people believed that it is like a dot inside a circle if you look at the obelisk from above. Typically, the obelisk is a huge monolith that people put up in places to symbolize power or to memorize events or people. As for Illuminati, Obelisks are the symbol of the power of the Illuminati and control.

Basically, flame produces light which depicts illumination while illumination symbolizes enlightenment or getting new knowledge. The flame is a symbol that the old world order will be destroyed and the launch of a new world order. Those are the phenomenon that the Illuminati fights to achieve.

You can see the example of this eternal flame from the statue of liberty which represents the new world order. The flame signifies illumination, and the statue is the representation of Semiramis who was a whore of Babylon, according to Illuminati society.

Also known as the Number of the Beast, 666 is the anti-Christ symbol that symbolizes the power of the helm. As for the Bible, 666 is the name of the wild beast with seven heads and ten horns. This beast comes out of the sea, and it is the symbol of the worldwide political system. Anything that relates to controlling a certain part of the world, relates to Illuminati.

It is the sign that resembles the metal rock sign that we form using our fingers, and it also relates to Illuminati. Atheists and deists are also the members of Illuminati society as well, and atheists don’t believe in God. In contrast, deists believe that God created the world and then later abandoned it. This hand sign is a symbol of Satan who controls the Illuminati society and brought power to his followers. For Illuminati, this hand sign means you love Satan, not metal rock.

We often see this symbol in most horror movies that relate to Satan, evil, black magic, and sorcery. Pentagram is a protection charm against demons and the meaning changes when you reverse it by making the two horns face up. If you reverse it, it attracts sinister forces because it overturns normalcy and demonstrates a triumph over spirit. People often depict it as a goat of lust with its horn pointing to heaven.